2011 International Opportunities in the Arts 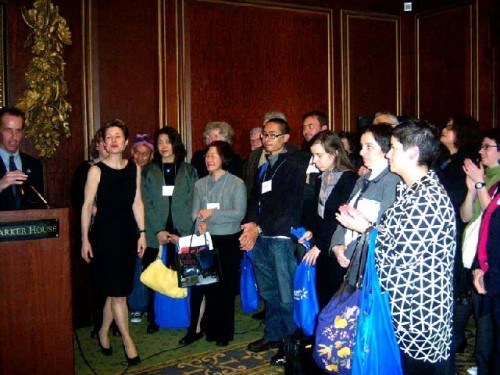 Mary Sherman and participants at the Opening Reception, 2009 conference. All photos by Astrid Hiemer unless indicated. 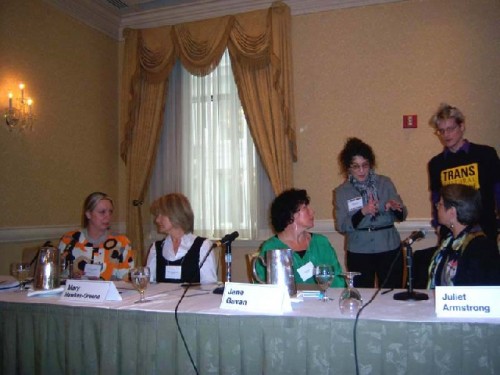 Panel discussion, all photos from ’09 conference. 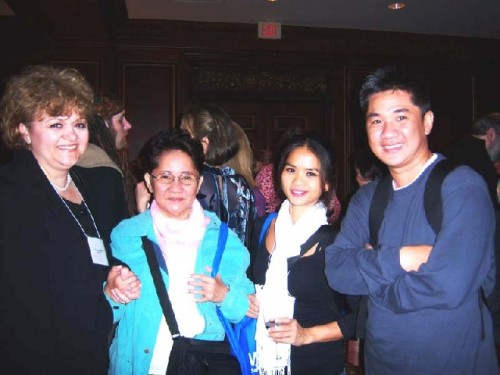 Dorothea Fleiss and members of the Vietnamese delegation. 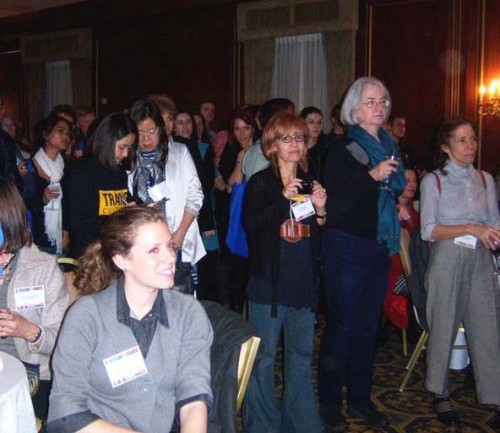 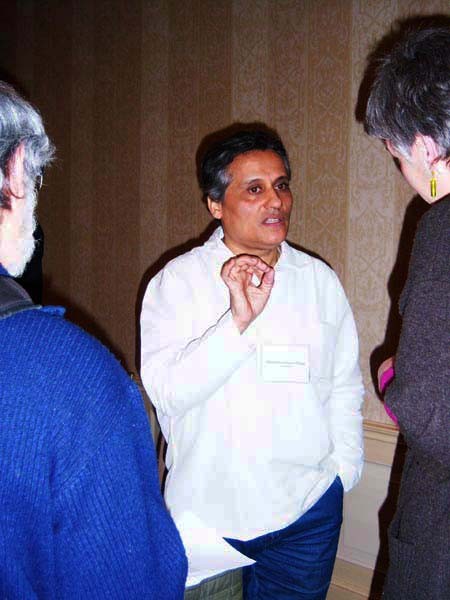 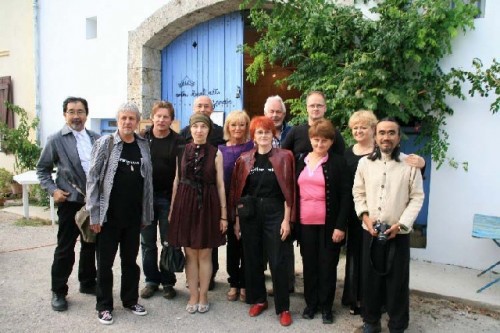 Boston and Cambridge will host a third conference on International Opportunities in the Arts. This year, more than 25 panel discussions and many more workshops, with an even broader reach, will be presented by 150 participants arriving from around the globe.

Locations, where parts of the conference are scheduled, include Massachusetts College of Art, Northeastern University, Massachusetts Institute of Technology (MIT), Harvard University, The Boston Public Library and The Boston Center for the Arts. Museum and gallery visits are included at The Institute of Contemporary Art, Isabella Stewart Gardner Museum, and the South End Galleries. And, of course, there is the new and spectacular Museum of Fine Arts. The central location, however, remains at The Boston Omni Parker House Hotel, where many of the panel discussions, portfolio reviews, an exhibition with video presentations and special events will take place. Attendees, who do not search for academic placements and connections, will again have ample opportunities to participate in national and international locations and projects. - The German Missions in the United States are sponsoring events and screenings of German films.

Analyzing the sessions it struck me that a changing world and economy has also had great impact on an evolving art world, or were artists at the forefront once again? Residencies and symposia, where artists of many disciplines are offered an intense short stay, or produce art work during several months, often combined with teaching commitments, have existed for decades. They were usually connected to non profit organizations and academia. It appears that within the last twenty years, artists and culturally connected people and companies have offered their own programs and invited national and international artists to come together: Make work together, become involved with their host locations, and strive for peaceful, cross-cultural understanding.

There will be more than 10 panels and workshops by national and global residencies as well as discussions about the application process to symposia and residencies and the selection process of invited artists by organizations. Further offers are introductions to programs and people, who fund artistic projects or assist with financing travel to residencies; and, how to travel, live and work in places, where the infrastructure is minimal, as well as grant writing. Finally, sessions are scheduled: How to form a residency program or start your own international career and become a networking expert.

We, at BerkshireFineArts.com (BFA), met Dorothea Fleiss at the 2007 conference and became good friends. She is the founding director of East-West artists, which is based in Stuttgart, Germany. The organization started by a group in 1998 with the intention of world-wide peaceful and cultural outreach. Fleiss has hosted hundreds of international artists at a symposium in Carei, Romania, for more than a decade. She has organized other symposia in Austria, France, China, Hungary, currently also in Turkey and Serbia. She exhibits her own work globally. She is, indeed, a power house !

Fleiss invited us as writers and art critics to a ten day long artist retreat in Paraza, southern France, in September 2009. The experience still resonates highly with us and one can read several articles on BFA (search for: Paraza). Projects with its origin in Paraza are still in progress and we have contacts to friends and colleagues in southern France as well as the artists, who came from Hungary, Germany, Ukraine, Japan and Thailand.

Elisabeth Ochsenfeld, who lives in Germany, came to the 2009 conference. There, she asked me to write a short essay on birches for a catalogue, which would accompany two exhibitions at the Timisoara Art Museum, Romania, in January 2011. I participated among 27 international writers and exhibited my photograph ‘Winter Birches Magic’ with 87 painters and photographers, who sent work from many countries. Ochsenfeld’s solo show and the group exhibition became a wonderful success, so that both will travel to Budapest, Hungary, and Germany in the future.

Elisabeth and Hartwig Ochsenfeld founded ‘Arthouse Wolfsberg’ and have held symposia in the Carpathian Mountains in western Romania, where an international jazz festival is also held every summer. Both, Dorothea and Elisabeth, grew up in Romania and immigrated to Germany as young adults.

More recently we have become acquainted with Rafique Sulayman, art critic and curator, who lives in Dhaka, Bangladesh, and who will attend the 2011 conference. One of BFA’s writers, Zeren Earls, was on a tour in the Far East and saw Sulayman’s last exhibition in Bhutan in February and will report about it. The world is becoming more and more inter connected and here I have given examples of our own international outreach since 2007.

The 2011 conference will also offer sessions for writers and poets, musicians and composers: The Boston Public Library will sponsor a workshop on how to publish a first book. There will be poetry and book readings by well known writers and also by attendees of the conference. Harvard University’s Paper Picker Press Workshop will explore literature as recyclable material in book making and more.

A concert at Harvard, the Zamir Chorale of Boston will hold a Musical Dialogue ‘Between Arab and Israeli Cultures.’ North Eastern University will introduce a modern music ensemble of Beijing. And on another note, a workshop for electronic musicians, a composers survival kit, is also scheduled.

During three days, individuals can sign up for a portfolio review and mentoring session; and a workshop will deal with information on how to become digitally proficient in presenting work.

At Northeastern University and MIT art and technology and art at corporations will become the subject matter of panel discussions: The Collision of Art and New Technology, The Siemens Art Program, Residencies as Research Clusters. The Massachusetts College of Art and Design will invite participants to a discussion on National Residencies, Art in Public Spaces and more.

Contemporary artists are becoming ‘The New Renaissance Man (sic)’ and work becomes multi disciplinary, entrepreneurial (‘The Eclipsing of Galleries’ and more), global and self promotional. Conference panels explore subjects and definitions such as: Other cultures or cross cultural projects/trans cultural exchange; engaging public officials, copyright and trademark law; the need for cultural diplomacy today; and finally, how to achieve ‘star power’ in this new art world.

Nomeda and Gediminas Urbonas will speak about their work and much more! A time and place to celebrate and be proactive in creating one's own national or international career!