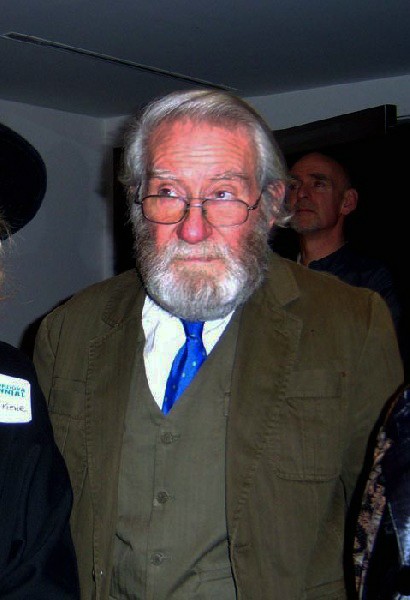 Otto Piene and Ante Glibota are two champions in this voluminous book. They write in their Press Release, that the twenty-three year long journey "..has left a powerful imprint on their subconscious and a shared sense that the 'adventure' has been a genuine, authentic act of entertainment, in the poetical meaning of the word, even as they remained extremely vigilant and precise as to the facts and to the importance of the motives that guided them and have led to the book in its present and final form."

We have long awaited the publication, as I have played a small part in the process, and look eagerly forward to finally seeing and reading it in the near future. We cannot be in Duesseldorf on March 29, where the Lord Mayor of the City will be present, along with Piene and Glibota. It should be a beautiful celebration for a long-winding project, a major artist, and today, an Elder Statesman!

Delight Edition announces the world premier presentation of a major, comprehensive monograph dedicated to one of the most important contemporary living artists, Otto Piene, by the art & architecture historian and curator Ante Glibota, at the Rathaus der Landeshauptstadt Düsseldorf (Düsseldorf City Hall), Marktplatz, 2 - 40213 Düsseldorf, in the presence of the Lord Mayor of the City of Düsseldorf, Mr. Dirk Elbers, on March 29, 2011 at 15:00 h. The artist and the author will both be present.

The BOOK
The publication of the monograph follows twenty-three years of intensive research on the work and creative adventures of Otto Piene, one of the world’s leading avant-garde multi-media artists, who together with Hans Mack founded Group ZERO in Düsseldorf in 1957, and for twenty-five years directed the prestigious Center for Advanced Visual Studies (CAVS) at the Massachusetts Institute of Technology (MIT) in Cambridge, MA, USA.

Writing, editing and producing this volume has been an enormous challenge because of the complexity of Otto Piene’s work and career, and because of the global importance and radiance of his unique artistic approaches, ideas and visions that have shaped the international art world over the past fifty years. He has, as few others of his contemporaries,  played a vital and critical role in the development and dissemination of an architecture of the essential themes engendered by new forms of visual arts, multi-media arts and experimental art. His enlightening ideas were promulgated on both sides of the Atlantic, making Otto Piene  an indispensable member of the creative and artistic avant-garde of our time.

The protracted elaboration that preceded the book’s publication has left a powerful imprint on the two main protagonists’ subconscious and a shared sense that the ‘adventure’ of this book has been a genuine, authentic act of entertainment, in the poetical meaning of the word, even as they remained extremely vigilant and precise as to the facts and to the importance of the motives that guided them and have led to the book in its present and final form.

In addition to the texts of Ante Glibota and Otto Piene, the volume contains thirty-seven essays specifically written for this publication by internationally renowned art historians, art theorists and artists, which makes this volume a unique entity in the realm of art books.

1. The book is bound in a hard cover with a pellicular dust jacket.
2.It contains 756 pages, approximately 3000 illustrations. The text is bilingual in English and German.
3. It is printed on the finest Fedrigoni Kunstdruck matt paper of 150 gr weight.
4.The size of the book is 30x30cm; it has a thickness of 6 cm and weighs 5.7 kg.  (Approx. 13 lbs.)
5. It is published by Delight Edition Ltd., Paris, and was printed by Grafiche Tintoretto in Treviso, Italy.
6.The price of the book is € 200 plus shipping cost.

The Artist OTTO PIENE
A multi-faceted artist with numerous creative interests, Otto Piene is not only an essential creator of our times, and one of its most inventive, but he is, without a doubt, one of the most sensitive and attentive observers of the changes occurring between mankind and nature. He carries within himself a structured thought process that in its broad dimension and its philosophical, as well as aesthetical depth enables us to penetrate deep inside the mysteries of art, of its poetry and of the very essence of life itself.

Otto Piene was born in Bad Laasphe, Westphalia, on April 18th, 1928 and grew up in Lübbecke. He comes from a family of several generations of Protestant ministers. His father, a school principal with wide ranging interests, including philosophy and ancient mathematics, authored numerous books. After returning from military and POW service, Otto Piene in 1948 enrolled in the private Munich art school Blocherer Schule and later in the Hochschule der Bildenden Künste in Munich in 1949. In 1950 he continued his studies at the Academy of Fine Arts in Düsseldorf (Staatliche Kunstakademie) and Cologne University (Albertus Magnus Universität), where he completed his state examination in philosophy with distinction in 1957.

In 1955 he established his first studio at Gladbachstrasse 69 [Duesseldorf] and founded, together with Heinz Mack, the group ZERO. In 1964 he moved to the United States and in 1968 became the first international fellow at the Center for Advanced Visual Studies (CAVS) of the Massachusetts Institute of Technology (MIT) in Cambridge, MA, at the invitation of György Kepes. He succeeded Kepes as Director of CAVS in 1974 and became MIT Professor Emeritus and CAVS Director Emeritus in 1994.

He has presented more than 130 solo exhibitions and participated in several hundred group exhibitions. He has staged well over 100 Light Ballet performances and some 100 Sky Art events. His work is included in more than 140 of the world’s finest museums, including the Museum of Modern Art (MOMA) and the Metropolitan Museum in New York City.

Otto Piene, together with Elizabeth Goldring-Piene, lives and works at their farm in Groton, Massachusetts, at MIT in Boston and in his studio in Düsseldorf, Germany.

The Author ANTE GLIBOTA
The art and architectural historian, author and curator, was born in Slivno, Croatia.

He studied at the University of Zagreb and Sorbonne University in Paris and has lived in Paris since 1973, from where he has maintained close bonds with artistic and intellectual circles all over the world. In1978 he started to work for the Paris Art Center, at that time active in the fields of experimental film, theatre, modern dance and the fine arts. In 1979 he was appointed artistic director and later, in 1982, director general of the Paris Art Center, a position he held until 1994. He was the commissioner and editor for the event “Olympiad of Arts” that took place in Seoul, South Korea, on the occasion of the 1988 Olympic Games and led to the creation of the largest open air sculpture park in the world. More recently, he was appointed curator and editor of “Art and Sport”, an exhibition organized by Adidas and the IOC for the Olympic Games 2008 in Beijing, China.

As author and publisher of over 200 books and catalogues, and curator of more than 400 exhibitions devoted to contemporary art, architecture and literature. Ante Glibota is a Titular Member of the European Academy of Sciences, Arts and Humanities and an Honorary Member of the American Institute of Architects. In 2004, the China International Culture Exchange Center (CICEC) in Beijing appointed him to a five-year term as Foreign Counselor for International Cultural Exchanges. Since 2010 he serves as Vice-President and Curator-in-Chief of the Museum of Art and Urbanity in Shanghai, China. Ante Glibota lives in Paris, France and Shanghai, China.