Portrait of an Artist Building Stories 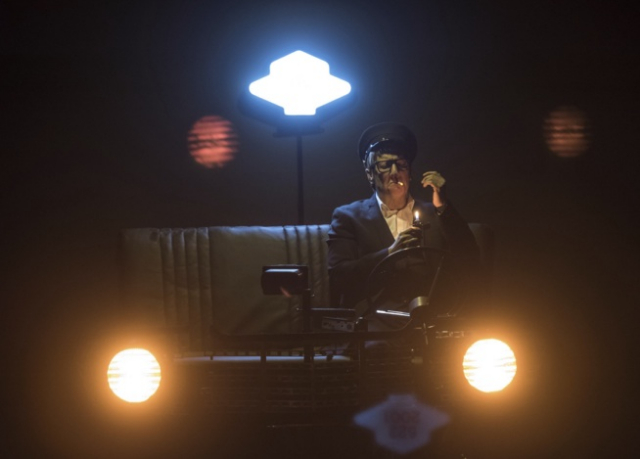 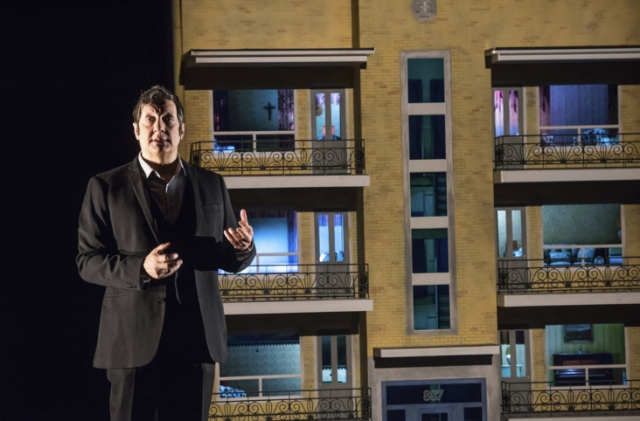 Le Page grew up on 887 Murray Street in Quebec. He dominates the scene. 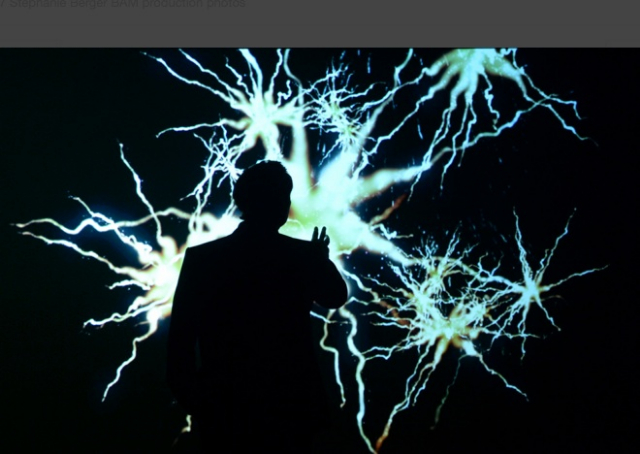 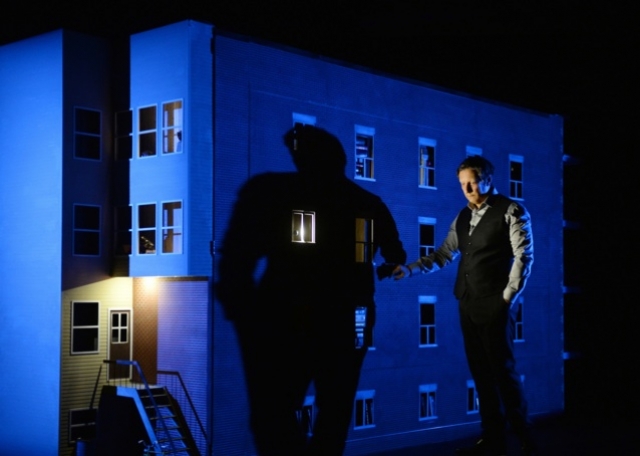 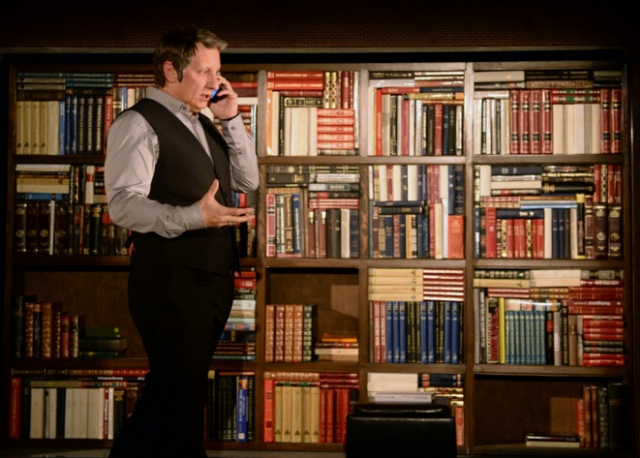 Le Page in his Paris apartment with the ubiquitous memory device, the phone. 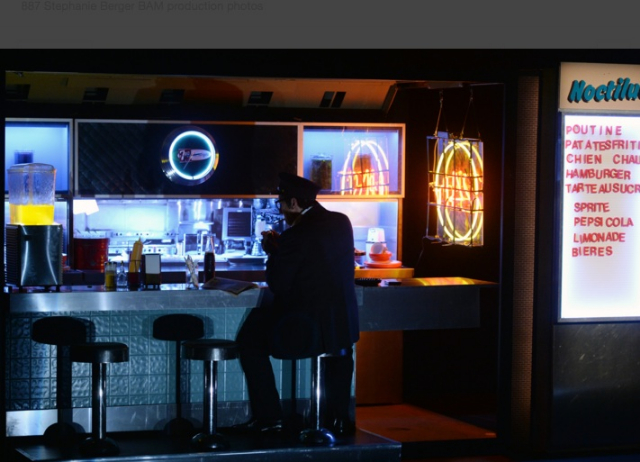 What qualities would you guess are incubators of a talent like Robert LePage's? His Dad was a cab driver. He shared a room with two sisters when his grandmother moved into the already crowded apartment to die with Alzheimer's. Memory obsesses LePage. He struggles to memorize "Speak White", a radical poem which details great class divides. Yet this is LePage and you often find yourself smiling and even laughing out loud as art takes over his pain.

Memorizing the poem Speak White brackets the production.   LePage can’t remember the words or the lines as his discursive play starts. Along the way he looks at the prompter’s box on stage, and wonders why no one is there to help.

LePage tells the story of his early childhood in Quebec. At the same time, he begins to play with memory. He can’t remember the number of his own cell phone, because this external gadget houses his memory of names and numbers. He relies on it as his memory.

LePage can remember his number at the apartment at 887 Murray Avenue where he grew up. Its house number significantly gives the title to this theatrical evening.

The set created by LePage and his company Ex Machina features the apartment building in Quebec where he grew up. With him, we peak into windows as his earlier life goes on inside. Each window frame has the delicacy and strength of a Joseph Cornell box. Figures are miniatures, perhaps because the life that is being described is painful as well as joyful, and LePage needs not to distance but to miniaturize when describing it.

Throughout the production the size of figures is determined by the intensity of the emotions they evoke and also by their position on his timeline.

In 2012, Chris Ware, a graphic novelist, published a boxed story in many different pamphlets and sizes, but all concern life in an apartment building. Since so many of us live cheek by jowl today the experience is, if not universal, common.

In one highly amusing scene, the children who live in the next apartment bank, tumble, as rectangles with softened edges, into his  apartment.

In another, a neighbor plays Chopin, also softening the experience of growing up poor.

While we do not get a clear picture graphically of his father, class warfare and the lot of the poor that the family experienced drives the storytelling.. His sense of unfairness created by rule of the few is symbolized by the father, the play’s central figure.

When he was young LePage was rejected by a Jesuit school, not because he was not bright enough, but because they thought his father could not pay the bills. While the sting of failure remains, his anger at the system gives comfort as it is released.

The family does not have a car, although lots of people around town have Lincolns. He notes that President Kennedy was killed in one. During the production, the Lincoln can be the tiny one LePage received as a gift, or one a large as a ruler’s tooling down a street.

The use of technical wizardry and magic is interwoven in a way we’ve come to relish. To this is added a deep political sense. The poem Speak White which he is finally able to recite from memory at the end of the evening, is a howl of rage against the suppression of the French language by the English. Political weight we’ve not seen before in the artist is now erupting.

Yet again we are treated to the remarkable LePage visual context in which new technologies are released in service of theatre. Surely he is the most talented and moving magician working today.