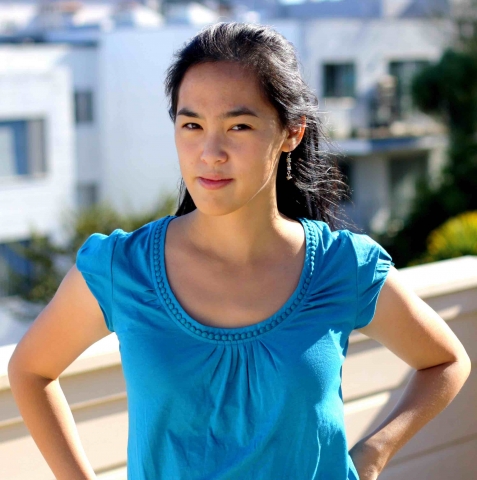 An author who penned a play about a couple’s grief following the disappearance of their 7-year-old adopted son has won a prestigious honor bestowed upon an emerging female playwright.

Lauren Yee won the 2016 Francesca Primus Prize for her play “In a Word.”

The award is jointly sponsored by the American Theatre Critics Association (ATCA) and the Francesca Ronnie Primus Foundation.

“What makes ‘In a Word’ so remarkable is the imaginative and unique way Yee plays with language,” according to information on ATCA’s website. “Words and their meanings become fluid and either merge or collide with one another.”

One critic, in praising the play, commented that “reality swerves regularly into absurdism.”

The playwright notes on ATCA’s website that “In a Word” “Captures my interest in both the form and architecture of language…the loss triggers not only a breakdown of (the couple’s) relationship but a breakdown of their conversations with each other and the outside world.

“To me, the funny and the painful go hand in hand. I’m interested in how human beings rely on fantasy and humor to get through difficult situations…My work varies wildly in subject matter and style. In each, the language is completely specific to the world of that particular play.”

“In a Word” progressed through a series of readings from 2010 to 2014 at theaters such as the Williamstown Theatre Festival in Massachusetts, Lincoln Center’s LCT3 in New York City, and the Boston Court Theatre in Pasadena.

The play received its debut at the San Francisco Playhouse in 2015 as a National New Play Network Rolling World Premiere. Subsequent productions graced the stages of the Cleveland Public Theatre, Mo’olelo Performing Arts Company in San Diego and Strawdog Theatre Company in Chicago.

Yee is a member of the Ma-Yi Writers Lab, the largest resident company of Asian-American playwrights. She is also an associate member of the Dramatists Guild and a Northwestern University playwrighting module mentor.

Yee’s plays include “Ching Chong Chinaman,” “The Hatmaker’s Wife,” “Hookman,” “King of the Yees” and “Samsara.”

Yee has been honored with numerous awards and fellowships. She received her BA in theater studies and English from Yale and her MFA in playwrighting from the University of California San Diego.

The Francesca Ronnie Primus Foundation was established “to recognize and support emerging women artists who are making a difference in the theater community in which they work,” according to foundation administrator Barry Primus. The honor was started in memory of actress and critic Francesca Primus. The Denver Center Theatre Company originally administered the award. ATCA began overseeing it in 2004.

ATCA is the nationwide organization of theater critics and an affiliate of the International Associatoin of Theatre Critics. The organization also administers the Harold and Mimi Steinberg/ATCA New Play Award and the M. Elizabeth Osborn Award. In addition, ATCA members recommend a regional theater for the annual Tony Award and vote on induction into the Theatre Hall of Fame.

Here are previous winners of the Francesca Primus Prize: