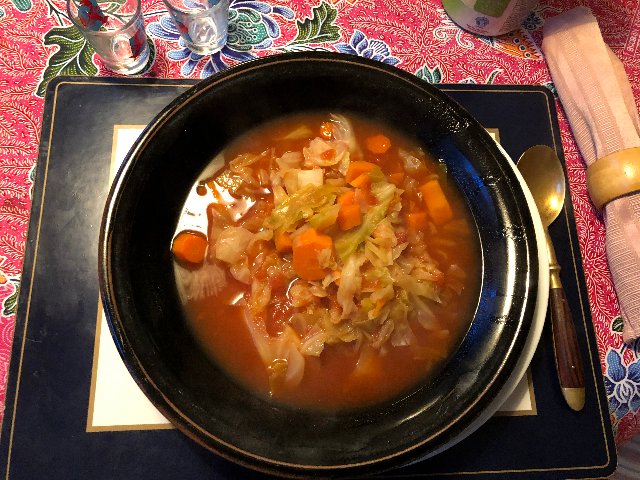 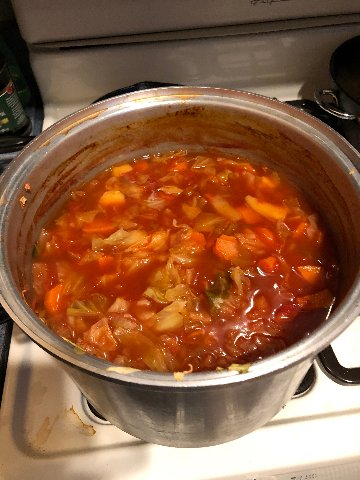 A big pot of soup. 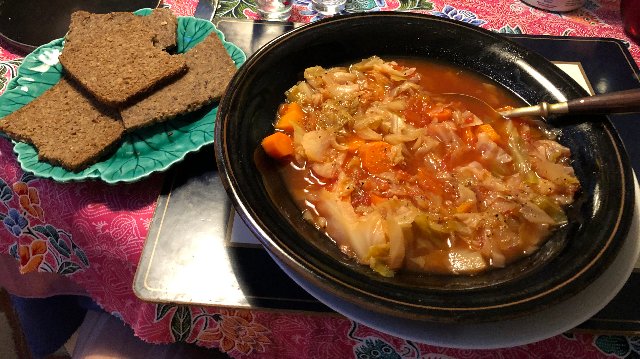 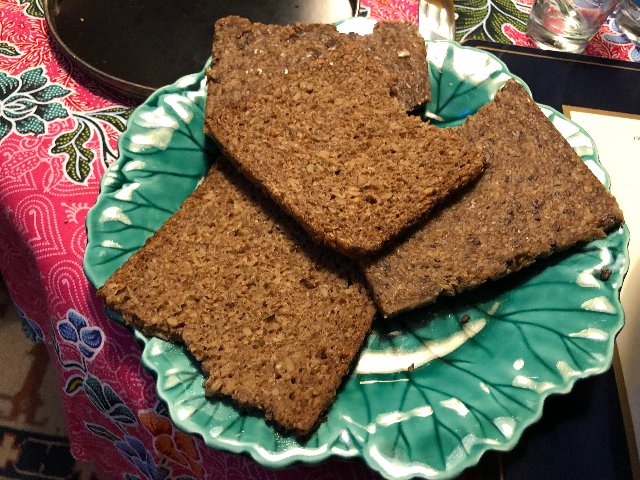 With just the two of us we had three fine meals with our corned beef and cabbage.

Because we soaked the beef for three hours under running water it was pretty well rid of its salty brine.

That resulted in a wonderful broth. There was the flavor packet of pickling spices to which we added black peppercorns and four bay leaves.

The broth, which we saved, had the flavor of beef, cabbage, carrots, celery and sweet onion. The potatoes were done separately so were not a part of the stock.

From this peasant stock I created a variation of cabbage soup.

I was inspired by memories of Little Poland in New York and the Polish restaurant near Tompkins Square Park on the Lower East Side. Also I have had concentrated bottles of cabbage soup imported from Poland.

Using a big pot I decided to make my own.

Removing the tough core I cut up a large green cabbage. When shredded that pretty much filled the large pot.

Over that I poured a can of Italian crushed tomato.

From Guido’s I had large carrots and chopped six or so into small pieces. Also from Guido’s I had several large beets. I just diced one as I didn’t want to overwhelm the cabbage. The beet, however, added another dimension.

Astrid suggested parsnips but I decided on just one.

She saves stock from vegetables and we added the beans water as well as asparagus water.

I thought of adding the Polish sausage from Maria’s but opted not to. There was enough concentrated flavor from the corned beef.

Set to a low boil for three hours it came together nicely. It will be served with hearty German bread.

It’s a few weeks from Spring here in the Berkshires and still the season for hearty soups. I particularly like that it evokes my peasant heritage. It’s cheap, tasty and easy to make.

There’s more than enough for us and some to share with neighbors. Lately it’s been a bit of a food club with friends in our loft building.