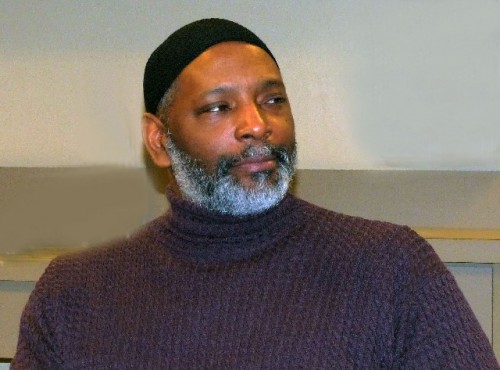 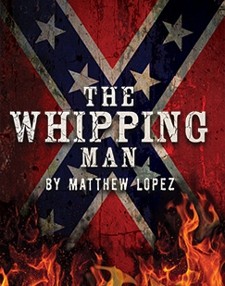 Poster for the show.

Last night some forty members and guests of the American Theatre Critics Association were astonished by a riveting production of The Whipping Man by Matthew Lopez.

It was the icing on the cake of a day long program organized by Lou Harry the  Arts and Entertainment Editor of the Indianapolis Business Journal. It started in the Cole Porter Room of the Indiana Historical Society followed by a panel “Why the Midwest.” There was a reading by the Heartland Actors Repertory Theatre of Kurt Vonnegut’s only play Happy Birthday Wanda June in his Memorial Library. Before the evening performance of Whipping Man there was a vignette of Piaf by Dance Kaleidoscope. The day wound down with a post theatre reception and cabaret with Shannon Forsell and her trio at the stodgy Republican Columbia Club.

The ATCA meeting continues tomorrow with Barbara Cook and Michael Feinstein featured that night followed by a meet and greet with the performers. The conference ends on Sunday with Mini -Fringe including I Am Peter Pan and Going...Going...Gone.

On every level the IRT production of The Whipping Man was spot on. We had seen an intimate version of the Civil War based drama at Barrington Stage in the Berkshires. This staging in a larger theatre, a former downtown movie palace, was more enhanced. There was an entirely different feeling and context which was totally absorbing.

From the first moment of this play we were enthralled by its superb technical presentation, the finely tuned direction of Tim Ocel which balanced three high voltage performances, and a truly fabulous set by Erhard Rohm.

A wounded Confederate Captain, Caleb ( Andrew C. Ahrens) staggers into what’s left of a once elegant mansion on a prosperous plantation. He arrives in darkness beautifully designed through the lighting of Kendall Smith. It is an ominous stormy night as enhanced by the sound design of Todd Mach Reichman and music composed by Gregg Coffin.

Before Caleb utters a word we are entirely drawn in. His first utterance is a wrenching gasp of pain as he collapses on the floor in a daze clutching his wounded leg.

The single occupant of the abandoned mansion, a middle aged black man Simon, played by the phenomenal David Alan Anderson , approaches with a lantern dangling from the end of a long rifle.

The initial impulse is for him to send packing this unwelcome intruder. There is a violent exchange then a poignant moment of shocked recognition. It seems that the solider on the run, we gradually learn why, has unwittingly stumbled into his own home. Simon, now emancipated, is his former, ersatz beloved, slave, mentor and father figure.

Out of old habit Caleb demands, not asks for, a glass of water. There is a moment of change on the part of Simon. With emancipation things are different. The war is over and Lee has surrendered. Gradually now that conditions are safe former owners will return to reclaim their ravaged properties.

The master/ slave relationship is gone. Soon to be replaced by the carpetbaggers of Reconstruction, the eventual backlash of the KKK, and endless decades of segregation. All of that will play out over time but Lopez locates his brilliant and compelling drama on the cusp of those hateful and shameful transitions. There is a legacy that he reveals embedded in the hearts, souls and social consciousness of all Americans.

It ain’t pretty and this is a play that one squirms through if you have a shred of decency.

There is a special twist, an exotic device that Lopez has threaded though his drama. The family of Celeb is Jewish. Here’s the rub. So is Simon. There is a false positive that Simon and his family have been brought up in the Hebrew faith of their owners. So there is a Biblical sense of bondage in slavery under the Pharoahs but also blacks under their slave masters, of which, Caleb and his clan are neither better nor worse.

One would think that a Jewish family would be more sensitive and humane but this is not the case.

The moral locus of the play resides in the wisdom, compassion and resilience of Simon. It is a great role for many regional actors with none better than Anderson. How has this amazing artist managed to be Indiana’s best kept secret? There was such a range and refinement to his performance with its nuances, shifts of emotion, and minute, realistic details.

During the Why Indiana panel earlier in the day we learned that he has lived his entire life in Indianopolis. While tempted to pursue opportunities in New York he remained to raise a family and now grandchildren. With many New York actors reluctant to give up opportunities by taking roles on the road there are now more openings for stay at home actors like Anderson.

Although he revealed, that ever time he signs a contract for a new show, he notes the end date. It means that he has a pay check for just so long before auditions for regional roles begins anew. In any given year just how many opportunities crop up for a mid career,  African American actor? In New York there are more casting calls but also far more competition for those roles.

During the afternoon panel the question was raised about why come to Indianapolis to see Whipping Man, or The Lyons at the Phoenix Theatre which we saw the night before, and Clybourne Park which is on deck.

Just what is regional theatre when all over the country it seems that the same ten plays are being produced? The local answer is an opportunity to experience the short list of most acclaimed and popular new Broadway and Off Broadway plays.

A good part of the equation of regional theatre should be audience development and risk taking. We should come for regional theatre to see unique productions and styles of theatre, some of which, makes its way to New York.

The four major theatre companies in the Berkshires do exactly that with a mix of tried and true as well as new and experimental.

That said, there is now an argument that the performance we enjoyed last night is as good as it gets. The good folks of Indianapolis are surely getting their money’s worth.

As the evening evolved there was abundant evidence of why every regional theatre in America wants to mount this play for their home town audiences.

Of course the Jewish thing is fascinating. Everyone wants to know just how plausible is that? Just what is the likelihood that former slaves, and the son of their master, would hunker down for a Passover Seder dinner? Try to imagine slaves keeping Kosher.

While Anderson is the glue that binds this production there is superb work from Ahrens as the wounded Caleb, helpless after Simon's crude but life saving amputation, and the bad ass, thieving, “Nigger” John performed with measured restraint by Tyler Jacob Rollinson.

One of Aristotle’s elements of drama is “reversal.” This is key to the drama. The three men are brought together in dynamic tension based on what was, the guilt and horror of the past, as well as the dark and uncertain prognosis of what lies ahead. How will the characters change and adapt beyond this binding moment of survival?

Reversal also embodies revelation. Caleb and John have secrets. Why did Caleb not seek proper medical attention? It has been five days since he was wounded at Petersburg, Virginia a "siege" fought from June 9, 1864, to March 25, 1865. In a riveting monologue he describes the madness enducing horrors of living in the muddy filth of trenches.

John taunts him that "you lost." Caleb counters that John did nothing  and where did John get all that loot? What will happen when the law catches up with him?

Simon hopes only to survive long enough to find his wife Elizabeth and daughter Sarah.

It seems that Caleb also pines for Sarah. John reveals that she is pregnant and Caleb’s father sold them after the fall of Richmond. When this is finally out in the open Simon is enraged. While Caleb protests his love for Sarah the response of Simon is “You own her.” And if the war had concluded differently would “own” her child.

Just as Jefferson owned his slave children by Sally Hemmings. A son, with a striking resemblance to his father/master, became a household slave. This was ubiquitous in the South.

This is a very dark and moody play. While the time line covers three days we only view the stage at night. These were indeed dark times.

And what of the Whipping Man? What is the derivation of the title?

Well, that you will have to discover for yourself.

If not in Indianapolis then at a regional theatre near you.

But this IRC company production surely raises the bar. It’s as good as it gets.