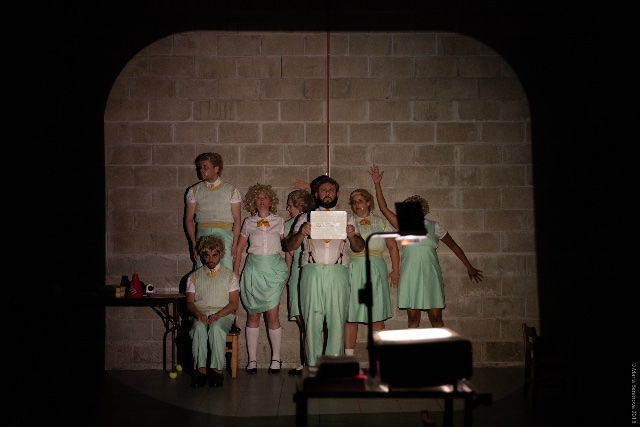 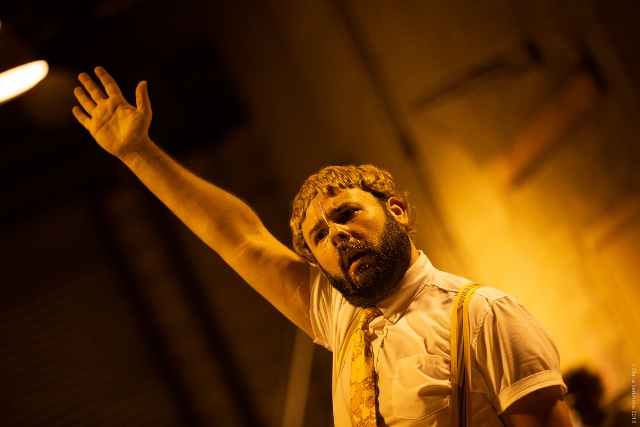 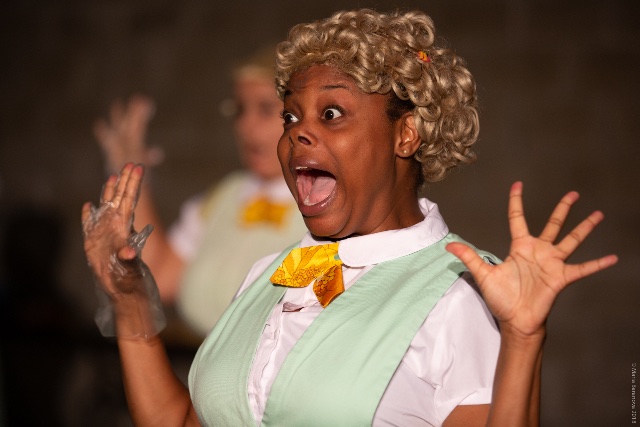 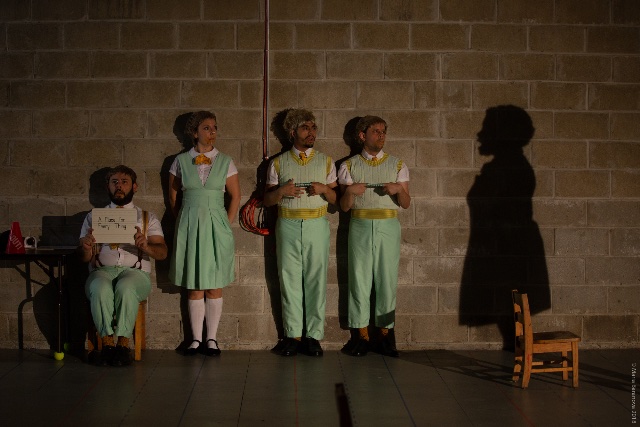 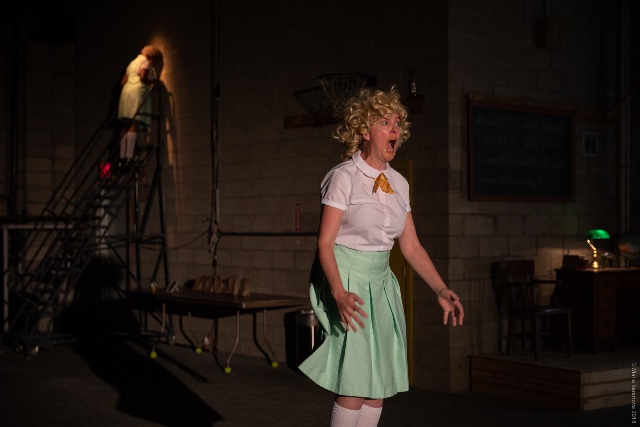 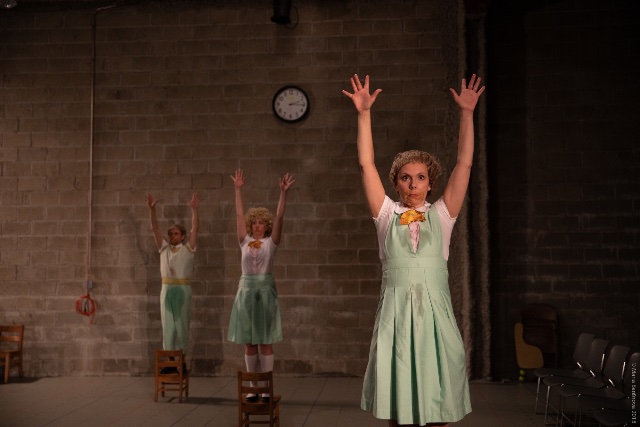 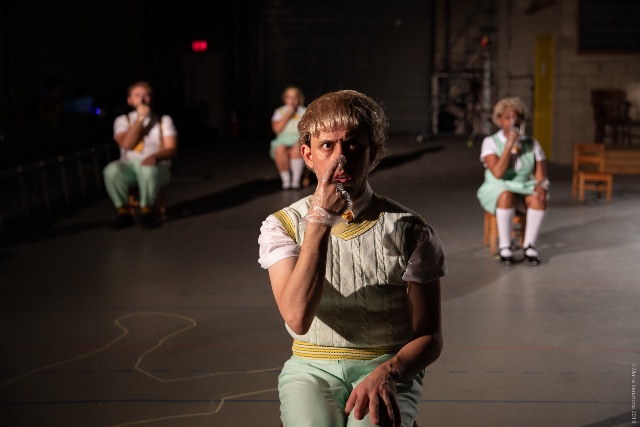 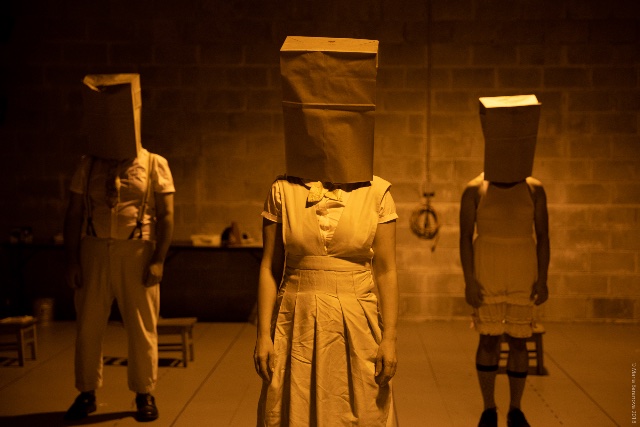 Little Lord, an ensemble of experimental performers directed by Michael Levinton,  transforms the Fourth Street Theater of New York Theater Workshop into a one room schoolhouse.  We the audience get to face the demons of our early education where "Run Dick Run" at the very least bored us to tears.  Based on the educational theories of William McGuffey, who after roaming the midwest as an itinerant teacher, created elementary readers for grades one to six, McGuffey's texts were used throughout the US for a hundred years.

Little Lord's notion is that the McGuffey texts are largely responsible for the quality of our education in this country today. Every student, and this includes the audience, is named John and treated identically, no matter what their interest and talents.

The company delivers this message with high style.  All the characters are dressed identically in lime green skirts and trousers held up by suspenders.  Knee high white socks top black shoes.  Vests, bibs or suspenders top off the school uniforms.  Not a blond hair is out of place.  Eyes wide shut for delivery of the three word sentences, the actors are choreographed to suggest rote lessons, moral messages, disrupted by a skirt hoisted above the booty for the entire class, and numb, dumb learning. The booty display is one of Little Lord's comments on the classroom's quality.

Text is a fun reminder of irrelevant counting methods like "My old man, number one," and an imaginary lava floor. A doll is broken in two during 'show and tell.'  Standing in a corner donned with an impossibly tall dunce cap, and repetition of 'naughty girl,' punctuate the dialogue.

Goofy because these texts makes us goofy, never wise, always chaotic and funny, the message is driven home in high camp but perfectly clear gestures.  Familiar Bo Peeps, apple polishers and the rush to recess entertain also drive home without a hammer the inevitable conclusion that American education's low rank was created and accepted long ago.

Henry Ford credited McGuffey as one of his prime influences.  The log cabin in which McGuffey was born is part the Americana museum Ford built in Dearborn, Michigan.