To Kill a Mockingbird

At the Shubert Theater 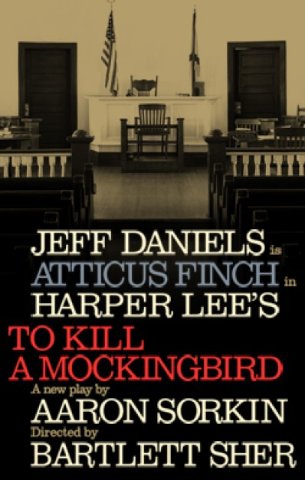 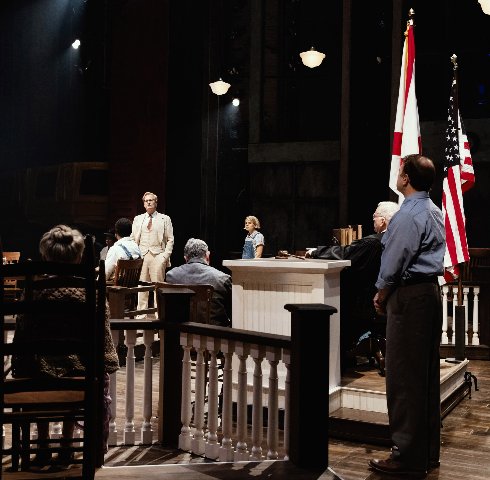 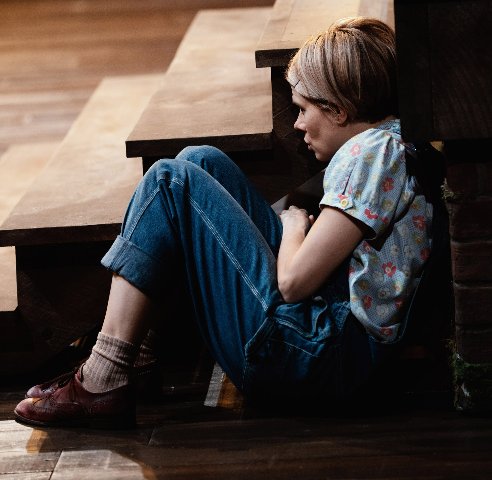 Has anyone not either read or seen the film of To Kill a Mockingbird?

No matter whether you read it in school or more recently or even never read the novel, you owe it to yourself to see the absolutely fabulous new stage adaptation now on Broadway. It is hard to say too much about the entire production – script, direction, production design and acting. You might have a few quibbles but that is all they are: trivial quibbles.

Aaron Sorkin received permission from author Harper Lee before she died in 2016. However, when Tonja Carter whom Lee had named as her personal representative, learned of some of the changes lawsuits ensued. Eventually the matter was settled.

So what are the changes? First of all the black residents of the town are given more prominence, particularly Calpurnia, who is the housekeeper for Atticus and the children. But other black residents sit listening to the trial. Of course, they are separated from the white residents. It is the 1930s, after all. It is also clear that the three children – Scout, Jem and Dill – are older than they are in the novel. Jem was just 12 during most of the novel, with Scout younger and Dill about Jem’s age. Here it is more likely they are all between 13 and 16.

A second subtle change is that Atticus Finch is not the perfect man. Even if you have never questioned it before, you will question if his endless supply of empathy and willingness to assume the best in everyone really is such a virtue. This attitude at times prevents him from accepting and dealing with the reality. He is less of a saint-like figure.

Director Bartlett Sher and his production team have created the reality of a small town and the various locales yet using more suggestive than fully realistic elements. We see Atticus’ front porch and the kitchen, the courtroom and the street in front of the courthouse. On each side of the stage is a musician – on one side a man with a guitar and on the other a woman at an organ; the two represent the two sides of the people who reside in the town: the good white Christians and the segregated residents. It is symbolic that during the court scenes, the prosecutor and the white observers sit near the organist while Atticus, the defendant and the black observers are near the guitar player. The music by composer Adam Guettel never distracts from the play but provides subtle undertones at various moments.

Combining with the scenic design by Miriam Buether, Jennifer Lipton has done her usual exquisite lighting that sets the mood from high noon to night perfectly. Sound designer Scott Lehrer gives us the sounds of summer both day and evening. The costumes by Ann Roth perfectly capture the period and the status of the townfolk.

Jeff Daniels is perfect as Atticus; he makes the man more than a saintly figure by letting us see moments of frustration and doubt. It is a bravura performance.

If there is one quibble with the production, it is Sher’s decision to use adult actors as the children. It is easy to understand his reasoning: these are major roles which require skill and range. After all Julie Harris won acclaim for the role on Broadway thought a child actor, Mary Badham played the role in the film. Here Celia Keenan-Bolger is Scout. She certainly has the size and the range for the role, but at times her face just looked to mature for a barely teenage girl. The casting of Will Pullen and Gideon Glick as Jem, Scout’s brother, and Dill Harris, the newcomer to the town is more problematic. It’s not that they don’t do a fine job; both do and Glick is terrific as Dill. The problem is more that they look way too mature for the ages they are playing.

LaTanya Richardson Jackson has the expanded role of Calpurnia, the housekeeper for the family. She brings both dignity and sternness to the role. Frederick Weller makes Bob Ewell truly evil as the man who has accused Tom Robinson of raping his daughter Mayella. Erin Wilhelmi, who plays Mayella, lets us know with her body language and her face exactly what has been going on in that household. It is a performance that makes you want to reach out and comfort her.

Gbenga Akinnagbe is Tom Robinson and his testimony on the stand is chilling in its quiet dignity.

In other roles, Stark Sands plays the ambitious prosecutor from out-of-town who is almost oozing with vitriol and sarcasm, Danny McCarthy is fine as the sheriff and Dakin Matthews’ performance as the Judge is masterful. You only have to look at him during the trial to realize that he is totally aware of the reality of the case.

This is a play that not only should you see for its point of view or message but you must see it for the superb acting and production. Even if you know the story, you will be moved at the final curtain.

To Kill a Mockingbird is at the Shubert Theater, 235 W. 44th Street. For tickets visit Telecharge.

Courtesy of Two on the Aisle