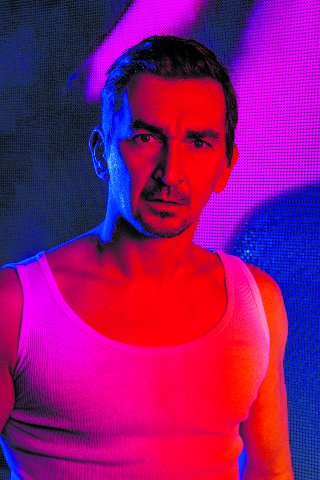 The Gorki Theater in Berlin, Germany, continues to present: Gorki - Alternative Fuer Deutschland? (Alternative For Germany?) in their 2018 schedule.

Germany is up in arms! She is against the right wing tendencies among the population in general, and she is against the political party, AFD (Alternative For Germany), in particular. Of course, the Gorki, as an openly politically engaged theater, has lots to say on the subject.

The most recent commentary premiered on March 15, 2018 with Gorki – Alternative Fuer Deutschland? It is a performance piece that fits perfectly into the style of agitprop (agitation and propaganda). This approach had its glory days in the earlier part of the 20th Century to highlight political issues, and to fight an opposing movement with the weapons of demagoguery and aggression. The Bosnian director Oliver Frljic uses it again in Gorki - Alternative Fuer Deutschland? Here, six actors and actresses from the Gorki team (with unpronouncable Eastern European names) challenge each other and the audience by hurling political accusations, emotional complaints about Gorki Theater politics, and petty personal attacks into the open space.

These vicious accusations are presented as if taken from the AFD program, from the Pegida movement, an ultra right wing grass root group which is strongest in the State of Saxony. They are even derived from Josef Goebbels propaganda speeches and from Gorki's internal discussions among the artistic team itself.

What seems to be an extolling of right wing slogans and gossipy gripes against the direction of the Gorki Theater and some of its actors, is actually a theater of deconstruction, supported by the visual effects of the stage setting by Igor Pauška. He creates a copy of the entrance of the theater that literally gets taken apart bit by bit. It is a clever idea that underscores effectively the message of Gorki – Alternative Fuer Deutschland?, this sarcastic mirroring of unspoken or shouted hostility among the German population at the present time.

Nothing in this production is subtle, Frljic directs the work up front and controversial. He knows what it means to keep fighting for the 'courage to tell the truth' (Mut zur Wahrheit). It is not only the motto of the Gorki Theater, but the director's own life story bears witness to constant fighting against right wing extremists in Croatia, Bosnia and Poland. Whether his insistence to bear it all on stage and consequentially lessen the social insecurities felt within the German population and for the audience, remain to be seen. Whether to create chaos on stage as a viable approach to have the audience thinking and searching for better ways, seems to be wishful thinking - or is it not?

Every theater goer has to answer this question for him/herself. So far, an alternative for Germany has been found only as an attraction to join the relatively new and right wing party 'Alternative Fuer Deutschland' (AFD). To stop this dangerous tendency by finding a better alternative for Germans is still wishful thinking. The play tries to get everybody thinking in this direction.