Premiere of a Kaleidoscope of Fairy Tales 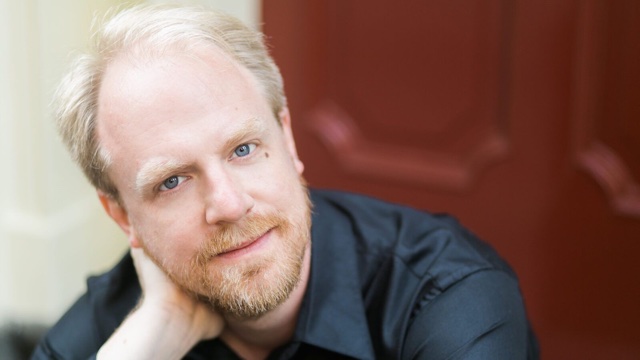 For his new work for the Grammy Award-winning Parker Quartet, Jeremy Gill drew inspiration from a book described as a “kaleidoscope of postmodern fairy tales." Motherwhere is a concerto grosso for the Parkers and New York Classical Players, who perform the world premiere on April 1, 2022. Tickets here.

This book, Night School: A Reader for Grownups, by the Hungarian author Zsófia Bán, is a volume of short stories which range from “a meditation on the Mathematics of Randomness, to a "blog opera" based on ?Fidelio, to a love story found in a bottle on a Borneo beach. Gill was so enraptured with it that, he says, “I wanted to evoke, musically, the experience of reading her book.” He converted this literary “bag-of-tales” into 21 connected musical “bagatelles,” in a compact 24-minute work that traces the emotional thread from Motherwhere?s absence (the first story) through the unexpected Miraculous Return of Laughter of the final story.

Gill has said in an Insider interview:

I felt most strongly that the book is somehow many wildly, beautifully varied expressions of a few simple themes or ideas. Absence is one theme – this is obviously Motherwhere’s “condition,” but most of the characters that appear in the book are profoundly alone, and many of them are acutely aware of being so. One of the funniest stories is “Mrs. Longfellow Burns,” a campy, mocking quasi-biography of Henry Wadsworth Longfellow in which Mrs. Longfellow – who ends in ashes – is somehow the lonely heart of “his” story. Another theme is the feminine perspective, which for me as a male reader made each character freshly “Other”, and had me constantly reevaluating my assumptions about motivation and desire.

My work – a concerto for string quartet and string orchestra – takes the form of twenty-one bagatelles, with each bagatelle corresponding to one story (in the order in which they appear in the book). In order to translate her use of “themes” into musical ideas, I came up with some very basic musical conceits that run throughout all the bagatelles. These are purely musical (not correlated to her literary themes) – symmetry (primarily pitch-based, with the D above middle C acting as fulcrum), the open strings, and the exploration of like-interval sonorities (sections based mostly on seconds, thirds, fourths, etc.).

Having these abstract musical anchors allowed me then to “react,” compositionally, to each of her tales. Sometimes, I made a very detailed reflection of her story in the music. One example is “What Is This Thing Called the Exchange Reaction,” which depicts a love quadrangle told through the guise of a couples ping-pong match: my four quartet members each assume a specific character in the story, and musically play out their shifting relationships. It’s a literal transposition of the story into music. When the (spoiler alert!) two female characters wind up going off together, they transform into the “Two Fridas” of the ensuing story. Other times, my musical reflections are more circumspect: “How I Didn’t” gives six parodic accounts of how and when the author did not meet a literary personage she admires, but my music is entirely concerned with only the final non-meeting, which takes place at the edge of the North Sea (the sea as Ur-mother is another of her important themes). Most often, though, my musical reflections of Bán’s tales are more purely emotional – music is, literally, non-narrative, so the best way I could find to encapsulate the experience of reading her was to try to match up the emotional evocations of the music and the tale – what was the emotional residue left by the tale? This was probably my most typical approach to writing each bagatelle.

I want the audience to feel – in so far as this is possible – my love and admiration for Night School, Bán’s wonderfully fun, inventive, witty, touching, thrilling book. If I managed to capture half of her infectious spirit and can translate that to the audience, this will be a great success! I hope, too, that the audience senses some of the affection I have for the Parker Quartet: writing for them is such a joy, and I hope that joy is manifest in the notes I wrote for them.

This is my first time working with New York Classical Players; they are fantastic, and Dongmin Kim is a wonderful conductor and – from everything I’ve heard – an ideal collaborator. The string orchestra is one of the most mind-bogglingly varied and malleable ensembles, and my approach to writing for the string orchestra throughout is to let it sound well. This, again, may seem obvious, but the older I get, the more I find myself focusing on creating the ideal musical environment in which musicians can sound and play their best. Musicians play the music they love because it gives them great pleasure to do so, and my aim is to afford them the kind of pleasure that draws them back to the work for repeated doses. When that mutual affection comes off the stage and makes its way into the audience – that’s when everything is working as it should.