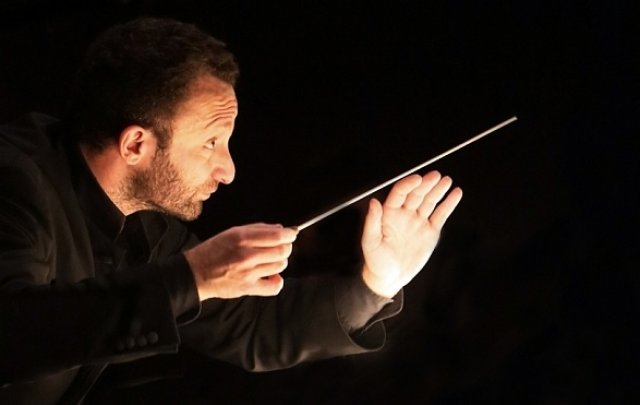 Brahms and Tchaikovsky would have been thrilled to hear their music interpreted by Kirill Petrenko, making his conducting debut at Carnegie Hall with the Bayerisches Staatsorchester.

Petrenko selected two difficult pieces by the composers, pieces that have gone out of fashion in the concert hall. He makes a compelling case for both of them.

In appearance, Petrenko is a large man. His style is closest to that of Riccardo Muti, an active conductor, swooping his arms when the music spreads out, bending at the knee and springing up as the music soars in intensity. All of this comes from a compact base, as though the conductor was containing the composition as he contains his movement in a defined space. The orchestra members clearly get their conductor, as they follow with precision.

Petrenko often draws out the end of a phrase. Tempi are slowed a bit and the sound lingers, fades and then is clipped off. This does not feel like rubato, or the deliberate slowly of tempi, but rather a delicious extension of moments listeners do not want to end.

Brahms’ Double Concerto for violin and cello was performed to perfection by violinist Julia Fischer and cellist Daniel Müller-Schott. They recorded the piece together a decade ago and seamlessly speak to each other on their instruments. Often when one instrument finishes, the other picks up without a silent space, but rather as an extension of notes going from the lower register of the cello to the very top of the violin’s range.

Fischer chose a glimmering evening dress of burnt amber-gold, the color also of her instrument. She stood very still, taking in the Carnegie-scape as she listened to her co-star begin his cello lines. Although this concerto was written by Brahms to mollify his favorite violinist Joseph Joachim with whom he’d had a falling out, the soloists work is not dazzling virtuosic display. Instead we have thoughtful, lovely lines which with the orchestra build an unusual soundscape. Interwoven rhythmic contrasts are as important as harmonic changes and mixes.

Together the soloists traded phrases and joined with the orchestra as the piece progressed. Interestingly, what Brahms has demanded of the soloist is superb technical skill, but also an ability to step back and be humble. This is very much the temperament of the conductor.

Whether the soloists chose to be too recessive or the orchestra had not yet adjusted to the sounds of Stern Hall, at times it was difficult to hear them as the orchestra overwhelmed. This could also be a problem created by Brahms, although a performance of the Double Concerto at Geffen Hall in August did not have this problem.

Petrenko is in complete control, but like Brahms himself, uses attention to formalities to allow notes to rip and soar when there is an opportunity. No longer does Brahms sound like the ‘leviathan maunderer’ of GBS Shaw.

As an encore, we were treated to a Handel Passacaglia arranged as a duet by Halvorsen.  Here all the manifold talents of these young soloists were on display.

The conductor talks about his work beginning at home, where he tries to imagine the music as a soundscape, a special one for each occasion. He succeeds in achieving this goal in Manfred, Tchaikovsky’s only tone poem symphony. It took persuading and much consideration for Tchaikovsky to undertake this ‘program,’ based on Lord Byron’s epic of the same title. Our anti-hero Manfred is wandering in the Swiss mountains, mourning a lost love and contemplating death. While Tchaikovsky, as he often did, wanted to tear up the piece before his own death, he did not. Mixed initial reviews did not confirm the composer’s own first impression that the work was his very best.

Manfred is different from everything else the composer wrote, yet we are comforted by his characteristic and unusually beautiful melodies. Petrenko shows us the elaborate rhythmic changes and the interwoven fugues. The huge clashes of the symbols, a light bell ringing as the Carnegie stage door is opened to expose the sound, and the anguished entrance of the organ combine to form a riveting picture of anxiety, despair and joy.

As an encore, Petrenko performed an Entr'acte from Act III, Scene 6 of Lady Macbeth of Mtsensk. It was wildly celebratory.

Petrenko was chosen by members of the Berlin Philharmonic to succeed Sir Simon Rattle in 2019. This evening at Carnegie suggests that we have many wonderful musical evenings before us with this especially gifted young conductor.