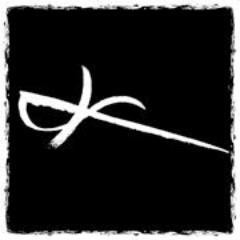 Ensemble for the Romantic Century brings their powerful and moving None But The Lonely Heart: The Strange Story of Tchaikovsky and Madame von Meck theatrical concert to the boards in July; the world premiere of a new opera Pearl, featuring Maureen O’Hara and John Cheek, which plays for ONE NIGHT ONLY in the Tina Packer Playhouse; and Company favorite and choreographer Susan Dibble’s provocative Dibbledance: Sway for play TWO NIGHTS ONLY. Also, our popular Bankside Festival will host a new Molière adaptation entitled Les Faux Pas: or The Counter Plots adapted by Jenna Ware.

(Although Maureen O'Hara would be welcome on our stage any time, we intended to identify Maureen O'Flynn as one of the performers in PEARL in our previous version. Thank you for your understanding, and we apologize for any groundless excitement we may have caused.)

NONE BUT THE LONELY HEART:
The Strange Story of Tchaikovsky and Madame von Meck
BERNSTEIN THEATRE / JULY 18 – AUG 3
by Eve Wolf / directed by Donald T. Sanders
a production of Ensemble for the Romantic Century
featuring Jonathan Epstein and Ariel Bock

Shakespeare & Company is pleased to present None But The Lonely Heart: The Strange Story of Tchaikovsky and Madame von Meck, a special engagement with New York’s groundbreaking Ensemble for the Romantic Century, in an original theatrical concert that interweaves drama with live chamber music including Tchaikovsky's Piano Trio in A minor, violin scherzo, and some of his most moving songs. If Tchaikovsky’s strange relationship with his patroness Madame von Meck hadn’t actually happened, Hollywood would have had to invent it. Long time Company actors Ariel Bock and Jonathan Epstein, who have both performed with Ensemble for the Romantic Century, team up once again to bring this fascinating glimpse into the real Tchaikovsky and an enduring and enigmatic love that defied all convention.

“So much of Shakespeare’s work is filled with music and songs,” says Simotes. “Many of which have inspired dozens of operas, musicals and classical composers. Having the Ensemble for the Romantic Century as part of the mix this summer just seemed like a perfect fit with our programming. This presentation in particular brings not only two of our top actors into the roles, but it’s also such a poignant and magical blend of powerful language and striking music. We hope audiences will delight in this special presentation as we look forward to future collaborations.”

“ERC is thrilled to appear at Shakespeare & Company in our signature form of drama, in which live music plays such a central role,” said Wolf . “In this production, audiences will have a chance to hear the actual words, feelings and thoughts of Tchaikovsky. The central musical work, his Trio in A minor, is a drama in itself! In addition there are his expressive songs and a brilliant violin scherzo. With the actors and musicians on stage at the same time, the chemistry is visceral. I don’t want to give the plot away, but even while I am playing the piano during the performance I am drawn into this compelling story and keep my handkerchief nearby. To me, Tchaikovsky is the epitome of passion in music.”

“Susan is one of our brightest talents who has been with us for over three decades,” says Simotes. “We are both Founding members of the Company and I’ve worked with her both as and actor and director. As an actor, she choreographed me in dozens of shows in the early days at The Mount, and as a director she came in and added a sprinkling of her magical fairy dust to so many of my shows, including last season’s Romeo and Juliet in 2011, and The Merry Wives of Windsor in 2006, where she was helped me capture the expansive and other-worldly feel of our outdoor space onto our indoor Mainstage. We are so fortunate to have Susan with us again this season bringing her own innovative and provocative work to our audiences, as well as creating more magic for our production of Love’s Labour’s Lost.”

SWAY brings forth a village of characters who choose dance instead of dialogue to tell their life stores. Featuring the music of Keppie Coutts, Bob Dylan, Chopin, and Dean Martin, SWAY will be presented for only two special performances!

A special benefit performance joins the roster of innovative offerings with the return of Pearl, the opera, now in an all-new version. After a packed-house workshop performance last summer, Pearl comes back to S&Co. with new music and a new ending. Join us for a special one-night engagement with Maureen O’Flynn (The Taster 2010) and John Cheek—both regulars on the Metropolitan Opera stage—followed by a post show reception with the artists.

In the opera, Nathaniel Hawthorne's timeless novel The Scarlet Letter is told from the viewpoint of Pearl, the daughter of Hester Prynne, now a mother as well as a writer.
The libretto was written by feminist psychologist and author Carol Gilligan (together with her son Jonathan Gilligan) who also penned a stage adaptation of The Scarlet Letter, produced by Shakespeare & Company in 2002. Carol Gilligan, a Berkshire resident, was named in 1996 by Time Magazine as one of the 25 most influential Americans. Also returning to the Pearl ensemble are John Bellemer as Dimmesdale, Marnie Breckenridge as Adult Pearl, and Olivia Marchione as Child Pearl.They will be joined by Michael Corvino in an expanded role for Chillingworth, and the creative team who will talk about the revisions of the score and libretto.

The project of Pearl was initiated by Grammy-nominated conductor Sara Jobin, a Berkshire County resident, who was the first woman to conduct the San Francisco Opera. The composer, Amy Scurria, has had pieces commissioned by the Philadelphia Orchestra, the Minnesota Orchestra, and the Fort Wayne Philharmonic, among others. Join the growing audience for a performance the Boston Musical Intelligencer called a “Bold Opera Experiment.” In March, Pearl was performed to a standing-room only crowd in  Shanghai as part of a Chinese-American cultural exchange.

“We were thrilled by the enthusiastic reception in China, proving that the themes in this piece are truly universal, and that the power and beauty of Amy's music cross borders," says Jobin.  "Truthfully, none of us knows of any other opera being created in this way, so collaboratively.  It appeals to all kinds of people, including those who think they don't  like opera or have never attended one.”

“I can’t think of a better way to celebrate our season than by having Carol and her team of artists amongst us and bringing back a truly wonderful production,” says Simotes. “We are always happy to collaborate with local artists and it is such a pleasure to welcome such extraordinary talents to performance season and the newest version of a powerful and wonderful new opera.”

All proceeds from this event will benefit S&Co.’s Actor Training Scholarship Program. For tickets contact Patrick Buckley 413.637.1199 x105 or pbuckley@shakespeare.org – A

The work of Jean-Baptiste Poquelin, better known to us as Molière, returns to the Rose Footprint Theatre with a new adaptation of one of his sharpest and funniest plays, Les Faux Pas: or The Counter Plots. With a recipe that includes pirates, clowns, sword fights, and hilariously failed schemes, there’s something for everyone in this madcap jaunt. Company artist Jennie M. Jadow returns as Mascarile, her side-splitting role from our 2009 production of The Amorous Quarrel, and a cast of a half dozen other Company artists to amp up the fun-factor even more! It’s a comedic afternoon under the tent that’s assured to delight audiences of all ages.

“We are so happy to have our very own and talented Jenna Ware at the helm of this new adaptation,” says Simotes. “Jenna has directed dozens of shows and special events for us over the years from our Education productions, to our mainstream plays (Shirley Valentine and Molly Ivans). And of course she was also the director of two of our biggest Bankside hits with The Venetian Twins and Amorous Quarrel. So continuing with our more music on the property theme, we are also bringing back the wonderful Andy Talen (Love’s Labour’s Lost, Mother Courage, Richard III), one of our musical directors and actors who will write the music and lyrics for Les Faux Pas as he did for both The Venetian Twins and Amorous Quarrel. Our Bankside Festival is always filled with diverse offerings for the young and the young at heart, and we look forward to hosting our returning visitors and welcome new patrons as well.”