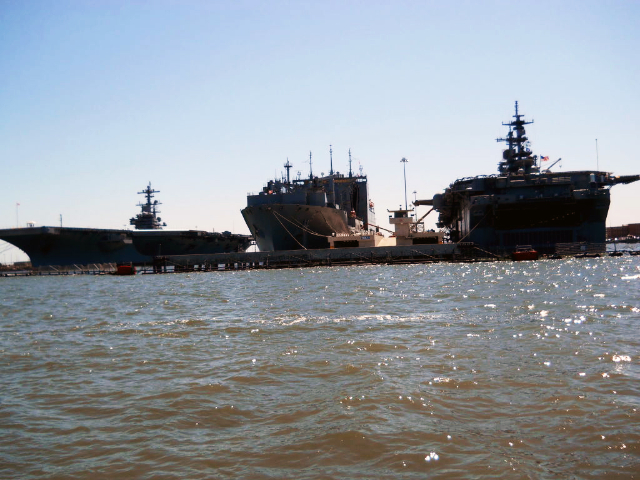 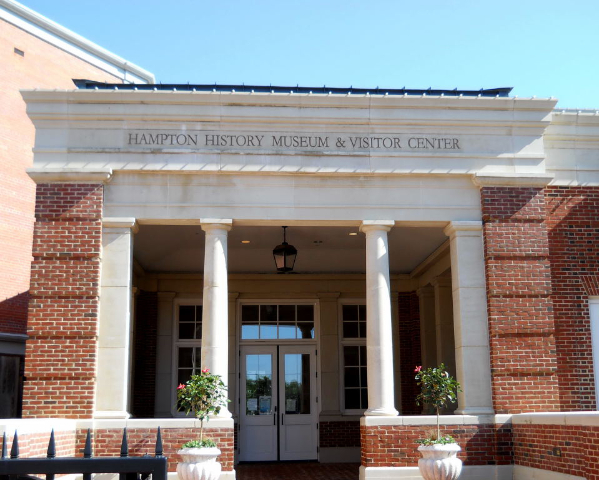 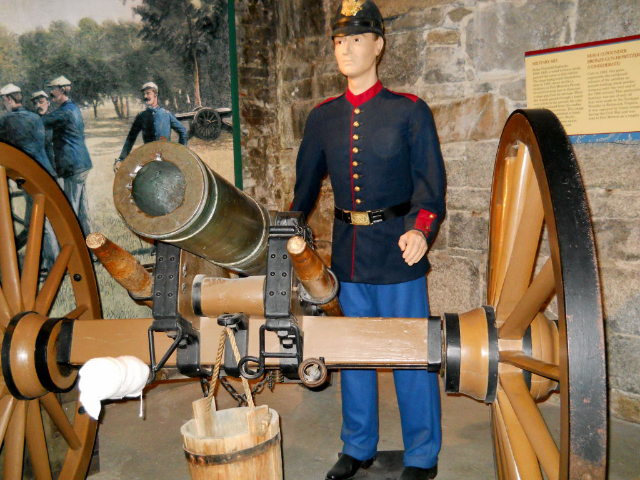 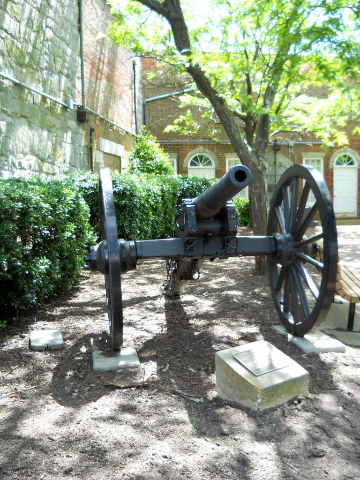 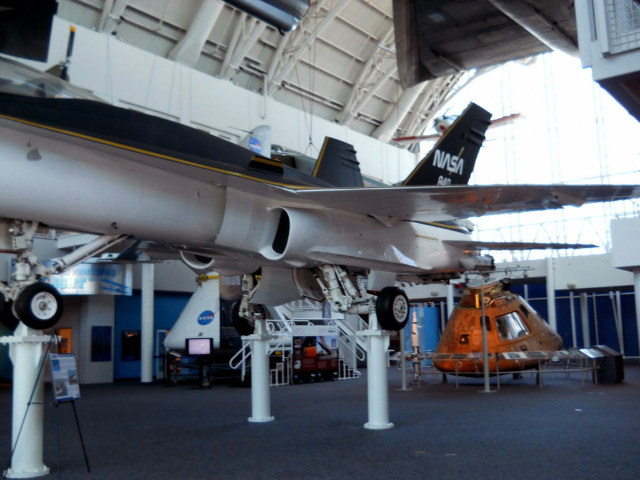 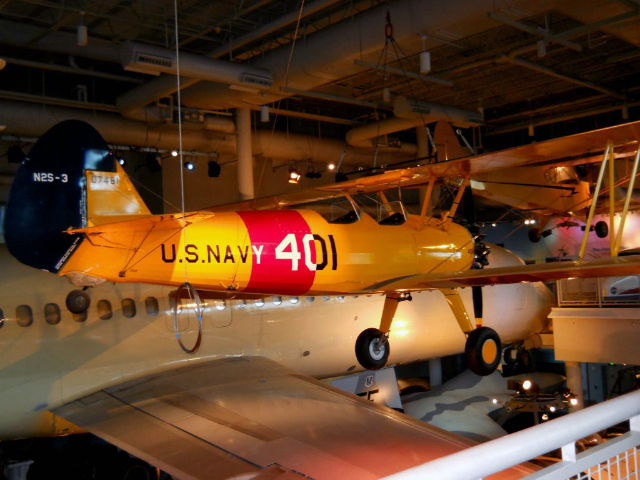 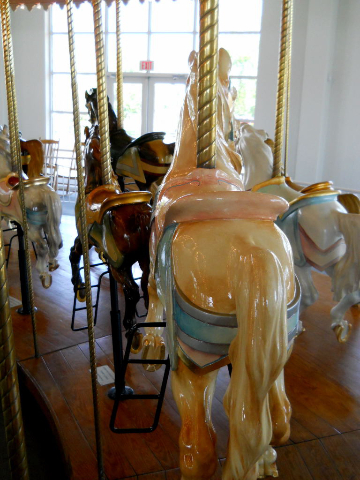 Hampton Roads region is situated on Virginia’s coast. Hampton is a fun-filled getaway with refreshing outdoor activities and full of charming hospitality. This old city is bustling with youthful energy.

It boasts as being “the world’s greatest harbor.” Take a narrated cruise to learn about Hampton’s  maritime legacy which stops at Civil War sites and naval battlegrounds. Hampton commemorates the 150th Anniversary of American Civil War.

We began our visit to Hampton with a tour of the Hampton History Museum. This museum recounts  the history of America’s oldest, continuous English-speaking settlement from its inhabitance by Kecoughtan Indians to its role as original home of NASA and the U.S. space program.

In the museum, The Virginia Historical Society is in partnership with the Virginia Sesquicentennial of American Civil War Commission utilizing 17 state-of-the-art audio-visual programs  showcasing more than 200 objects. These programs gave visitors an opportunity to share personal experiences of free and enslaved  men, women and children during the Civil War in Virginia.

Walking directly out the back door of Hampton History Museum brings you to St. John’s Church, the oldest continuous English-speaking parish in the U.S. It was established in 1610 and features magnificent stained glass art depicting the baptism of Pocahontas.

Next on our touring list was The Virginia Air & Space Center . This world-class  facility is the visitor center for NASA Langley Research Center & Langley Air Force base. It houses exciting and interactive exhibits in two galleries including Space Quest :Exploring the Moon, Mars & Beyond. This exhibit is the perfect compliment to the center’s Adventure in Flight gallery which highlights the story of the Wright brothers told through interactive exhibits. There also is a commercial & civil aviation area featuring a full-size section of a Boeing aircraft, a test Flight Pre-show theater and Flying Lab Simulator.

Don’t miss the Apollo 12 Command Module, the Space and adventures in Flight galleries to a Mars meteorite and a three-billion year-old moon rock. You can also make a crater, travel to Mars and fly an airplane with over 100 “hands on” exhibits.

Right across the street from Virginia Air & Space Center is The Hampton Carousel in full operation for all Carousel enthusiasts to ride. Built in 1920, this completely restored beautiful antique carousel is housed in a pavilion protected from elements. Its one of only 170 antique wooden merry-go-rounds still existing in United States.

Continuing the theme on historically significant attractions, next stop was Casemate Museum and Fort Monroe, our nation’s newest monument since President Obama signed a declaration declaring Fort Monroe a National Monument on November 1,2011.

Fort Monroe is the largest moat encircled fortification ever built in the U.S. Within the historic fort’s stone walls, the Casemate Museum chronicles the history of the fort and the Coast Artillery Corps. As Virginia seceded from the Union on April 17,1861, Fort Monroe was a Union stronghold in the middle of Confederate Virginia and Hampton became a microcosm of the greater conflict. During the Civil War, Fort Monroe  helped shelter thousands of refugees and it became known as “Freedom’s Fortress.”

You can visit the cell where Confederate President Jefferson Davis was imprisoned following the Civil War for six months. The fortress is also the home to the Old Point Comfort Lighthouse.

The last attraction was a perfect summation of my Hampton experience. Cruising on “Miss Hampton II” ’s double-decker tour boat gave me an opportunity to reflect on many of the sights I saw and lots of new treasures. The narrated cruise pointed out many features of Hampton Roads harbor & Chesapeake Bay , like the seafaring culture; local fishing boats; Blackbeard’s final resting place at Blackbeard’s Point; the mighty commercial cargo on merchants marine ships from all over the world; Fort Wool; Fort Monroe (Old Point Comfort) and the awesome gray fleet of might warships at Norfolk Naval Base which is the world’s largest naval installation where we saw massive aircraft carriers, nuclear-powered submarines and support craft.

Hampton’s 400-year legacy as the city “First from the Sea, First to the Stars” is captured in a combination ticket that mixes history , adventure, water recreation and pure fun. This special value allows you to explore many Hampton’s attractions at one low price.

295 suites with full service day spa, indoor pool& exercise facility. It has a restaurant  & lounge. Each morning you get a full cooked to order breakfast then at night you are invited to manager’s reception.