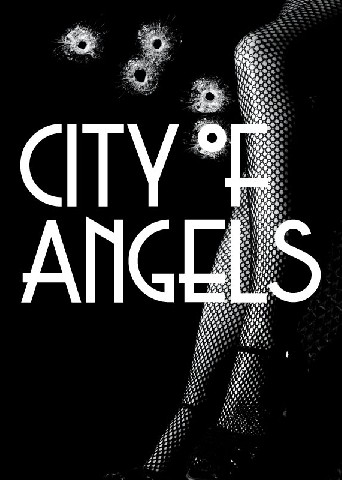 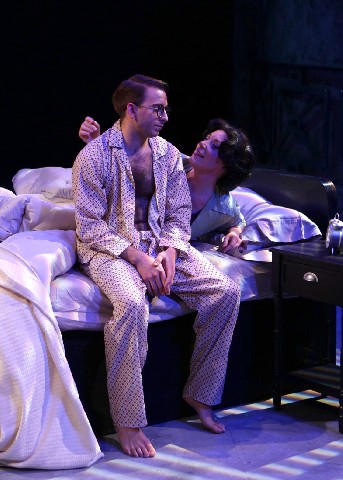 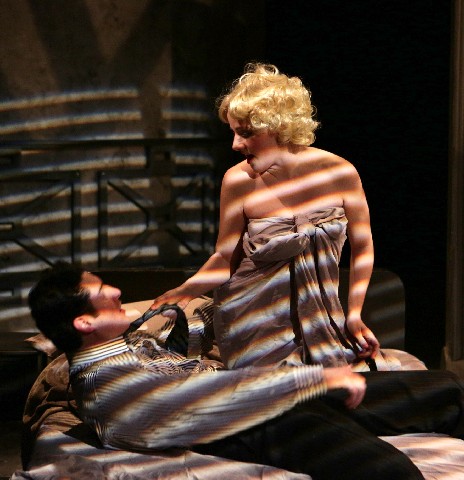 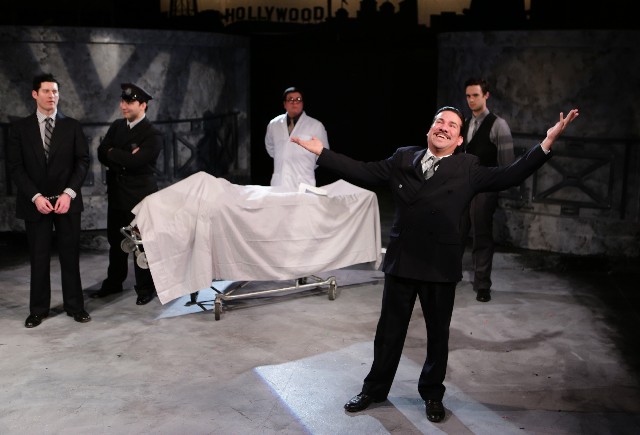 Tony and the Boys 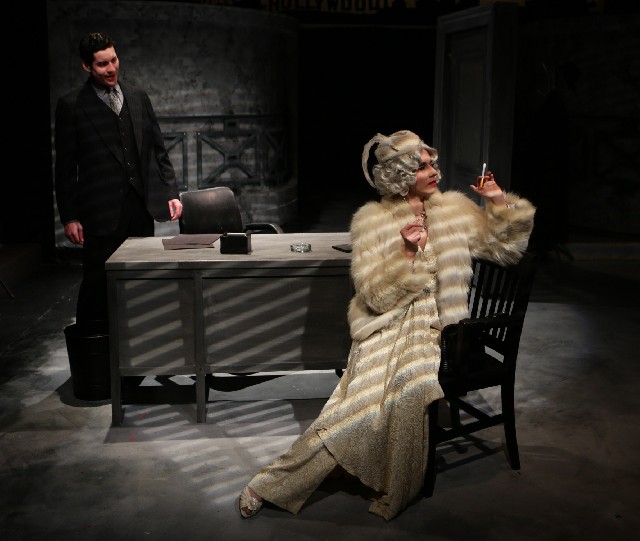 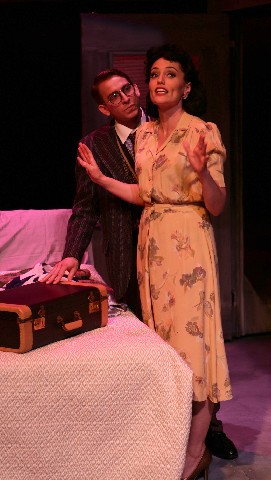 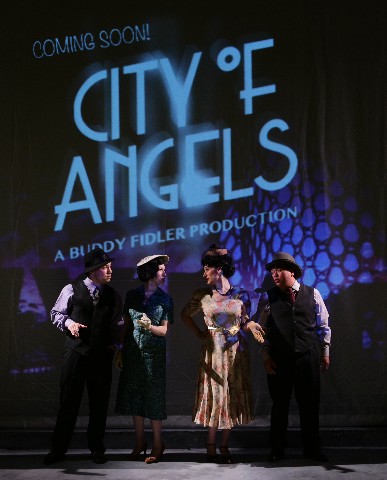 Movie Poster for Play Within A Play

Book by Larry Gelbart, Music by Cy Coleman and Lyrics by David Zippel

In two acts with a 15 minute intermission

Coined by French critics, Film Noir literally means black or dark cinema. It refers to the downbeat, often bleak looks and themes of a number of American crime and detective movies released following the end of WWII.

These usually starkly black and white films reflected the insecurities and uneasiness of the post-war period. Grey was not only often a background color but also a strong uncertain metaphor. These movies were in direct contrast to the overly optimistic musicals and comedies produced by Hollywood at the same time.

Film Noir incorporates fear, bleakness, loss of innocence and paranoia. These mirrored the mounting tensions of the Cold War's ever-present threat of nuclear annihilation. This was the genre of the hard boiled anti-hero who was often criminal, misogynistic and usually violent.

Running through the narratives were themes of moral conflict, a sense of injustice and purposelessness. Cleverly, the Lyric Stage's City of Angels has all of these elements. And the brilliant Larry Gelbart written show adds humor, wit and musical context to the plot.

The narrative humorously goes in and out between the film noir being written and the serious writer and his trials and tribulations as a disrespected and highly harassed hired scribe in Hollywood. The writer Stine's (played by the entertaining and talented Phil Tayler) alter ego Private Eye Stone (played with wonderful elan by Ed Hoopman), a typically noir cynical, hard-hearted, uber-macho disillusioned male character.

Stone, of course. encounters a beautiful but promiscuous, amoral, double-dealing and seductive femme fatale. In this case, he encounters more than one. Following the usual darkly-woven thread, she uses her feminine wiles and sexuality to manipulate Stone into becoming the fall guy for a murder. Included are betrayals and double-crosses. Though she is destroyed at the end, this comes at a life-threatening situation to the hero.

All of this is cleverly juxtaposed with Stine's real life dilemma with his wife, his own philandering and the egregious actions of his producer/director boss Buddy Fidler (a trying too hard J.T. Turner). word play between characters has a delightful Larry Gelbart (among others, M.A.S.H.) signature. City of Angels marries The Maltese Falcon and Key Largo to Hollywood and Vine.

Sprinkled in are wonderful songs and terrific performances. The various female characters, both platinum blonde and brunette get a bit confusing. But this is probably due to the story within a story film within the tongue in cheek Hollywood reality. It really does not seem to matter. And it works quite well. Though apparently complicated, this is simply a wonderful production.

Using much of his artistic skill, Director Spiro Veloudos is at the top of his game with City of Angels. The show is staged beautifully. Veloudos matches character with music, intertwining storylines and visual presence.

Besides the excellent Mr. Tayler and Mr. Hoopman, several of the performances are standout. Jennifer Ellis as the Stine's sexy wife Gabby and Stone's lost love Bobbi is wonderful as is the always terrific Leigh Barrett as both suffering secretaries Oolie and Donna.

Tony Castellanos is simply sensational as both Lieutenant Muñoz and Pancho Vargas. The other performers are all energetic and musical. Speaking of music, the orchestra and orchestration were delightful as well. Music Director Catherine Stornetta should be congratulated.

The flexible set by Scenic Designer Matt Whiton is an energetic clever environment. The costume design by Elisabetta Polito is 1940s perfect. I remember seeing my mother in photos with similar dresses and hair styles.