OBERON for April & May 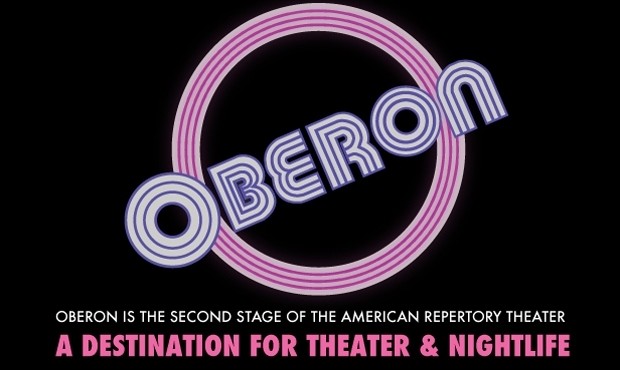 Cambridge, MA – OBERON, the American Repertory Theater’s (A.R.T.) second stage and club theater venue on the fringe of Harvard Square, announces all the offerings to be presented at OBERON during the months of April and May, in addition to the previously announced productions, including Visiting Artists, Artists in Residence, and Usual Suspects.

The Big Quiz Thing, the major-league game show that you get to play, is live at OBERON every month. Quizmaster Noah Tarnow presents five big rounds of the world’s greatest multimedia quiz excitement, including video puzzles and audio clues. Plus, there’s hope for dummies: Smart-Ass Points for wrong but funny answers. Best of all is the $200 cash grand prize, along with show tickets, books, DVDs, CDs, baked goods, and more. May the “fourth” be with you and guide you to the right answers for the Star Wars themed trivia on May 4!
__________

AcousticaElectronica sends the audience on a tantalizing voyage filled with sensual and emotional discoveries as elements of electronic and classical music, dance, circus arts, and immersive theater are fused with the infectious energy of the contemporary nightclub. Dancers, symphonies, aerialists, operas, and live musicians (THE WIG included) all happen around every inch of the space to keep the audience guessing at every turn.
__________

The music that Emily Dickinson knew and loved is brought to life in words and music, illuminating her poetic voice that was emerging against the backdrop of the impending Civil War. The Red Skies Music Ensemble interweaves period music with an archive-based illustrated narrative presented by George Boziwick that centers on Dickinson’s “binders’ volume”, her personal sheet music collection. Actress Elise Toscano uses Emily Dickinson’s own words to portray Dickinson’s New England spirit as a knowing observer of her inner and outer musical and poetic worlds.
__________

OSCAR AT THE CROWN AND THE LOVE THAT DARE NOT SPEAK ITS NAME
Created by Mark Mauriello
Original Music by Andrew Barret Cox
Wednesday, April 15 and Thursday, April 16 at 8PM
Friday, April 17 at 10:30PM
Tickets $15-35

In May of 1895, poet and celebrity Oscar Wilde was convicted of gross indecency and sentenced to two years hard labor. The career, persona, and world Wilde created for himself shattered in an explosion of public scandal and intimate anguish. In this love-torn fall, Oscar was neither the first nor the last. Journeying from pop party to abstract performance, OSCAR… offers a glimpse into the mind of the man behind the reputation, ultimately breaking apart the distinctions between performer, character, and inspiration.
__________

This event is an opportunity for Harvard Chan students from diverse backgrounds to celebrate their culture and share their talents through music, dance, and art. All members of the Harvard Chan community are welcomed to immerse themselves in the cultural and artistic showcases of their student body.
__________

Once a month The Donkey Show’s glittery world gets a little more glitter with Queen Night. Miranda Wrights will join this disco retelling of Shakespeare’s A Midsummer Night’s Dream as she takes the stage for a disco diva inspired performance.
__________

To celebrate National Poetry Month, Boston’s oldest and freshest poetry slam venues, the House Slam and Boston Poetry Slam, will take the stage for big-city bragging rights. Team captains will each recruit seven cutthroat slammers who will use the tricks of their trade – lyricism, comedy, political fury, and personal narrative – to impress rowdy a rowdy audience and five all-star judges.
__________

THE STORY COLLIDER
Presented by The Story Collider
Tuesday, April 21 at 8PM
Tickets $10-12

The Story Collider is an evening of true, personal stories about science. From finding awe in Hubble images to visiting the doctor, science is everywhere in our lives. Whether we wear a lab coat or hasn’t seen a test tube since eighth grade, science affects and changes us.
__________

Literary Death Match carries the literary and performative aspects of Def Poetry Jam, rapier-witted quips of American Idol’s judging (without the meanness), and the ridiculousness and hilarity of Double Dare. Each episode of this competitive, humor-centric reading series features a thrilling mix of four famous and emerging authors who perform their most electric writing in seven minutes or less before a lively audience and a panel of three all-star judges.
__________

The Youth Housing Initiative (YHI) is a new initiative coming from the Harvard Square Shelter. Both are programs of the Phillips Brooks House Association (PBHA), the non-profit at Harvard College that involves students in a community work around Cambridge/Boston. The evening will include great music, cash bar, dancing, personal stories, door prizes and more.
__________

After a sold-out show last year, The Slaughterhouse Sweethearts and their fiendish friends present the villainous burlesque, A Dark Knight in the Asylum. Catwoman, Two-Face, Mr. Freeze, Poison Ivy, among others, will be stripping the audience of their morals along with their own clothing.
__________

The Moth StorySLAMs are steadily spreading all over the map, gathering people and stories from all over the country. New York, Los Angeles, Chicago, and Boston have multiple shows each month. The Moth is open to anyone with a five-minute story to share on the night's posted theme. The brave of heart, or those with stories they're aching to tell, prepare personal, true tales. When the doors open, storyteller hopefuls put their names in The Moth Hat. A half hour later, names are picked, and one by one, storytellers take the stage. Each person has just five minutes. The 10 featured stories are scored by teams of judges selected from the audience. Each StorySLAM generates a StorySLAM winner. After ten SLAMs, the winners face off in the GrandSLAM Championships.
__________

Following a sold-out event this winter, The Big Family Quiz Thing returns to OBERON with an afternoon of trivia fun for kids and adults. Bring the whole family because everyone gets to play the six rounds of fast and funny multimedia team-trivia. Family ticket packages available.
__________

MUSIC IN MOTION
Presented by Juventas New Musical Ensemble and Puppet Showplace Theater
Tuesday, May 5 and Wednesday, May 6 at 7:30PM
Tickets $10-20

An evening of unforgettable music and visual theater as Juventas and Puppet Showplace Theater lead the audience on a journey through 100 years of modern music. From Satie to Benjamin Perry Wenzelberg – Juventas’ 15-year-old composer – the performance celebrates the past while giving a glimpse into the future of music.
__________

FIFTY SHADES OF BEY
Presented by the Lipstick Criminals
Thursday, May 14 and Friday, May 15 at 8PM
Tickets $20-25

Directed by Vanessa White, creator of The Slutcracker, Fifty Shades of Bey promises a night of fresh, original choreography performed to a bangin’ selection of the Queen Bey’s risqué repertoire.
__________

Newpoli performs music from the South of Italy laced with influences from all of the surrounding Mediterranean cultures. Originals are mixed with exciting arrangements of traditional music, the tempo is high, and their drama and passion can be heard in every note.
__________

In celebration of 600 fabulous performances, The Donkey Show will be selling 600 dance floor tickets for only $10. Tony Award-winner Diane Paulus’ celebrated smash hit continues its 5th Season at OBERON every Saturday night, bringing you the ultimate disco experience – a crazy circus of mirror balls and feathered divas, of roller skaters and hustle queens inspired by Shakespeare’s A Midsummer Night’s Dream. The party rages on the dance floor to all the best 70s hits as the show unfolds around the audience. After the show, the party continues into the night so you can live out your own disco fever fantasy!
__________