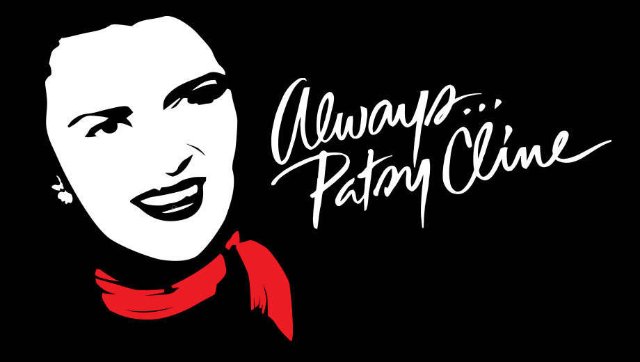 At Milwaukee Rep until May 20. 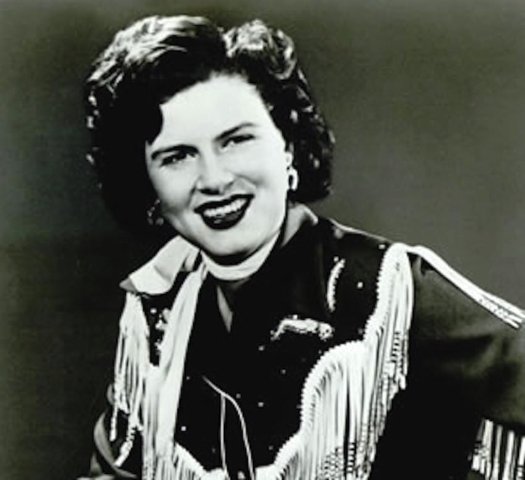 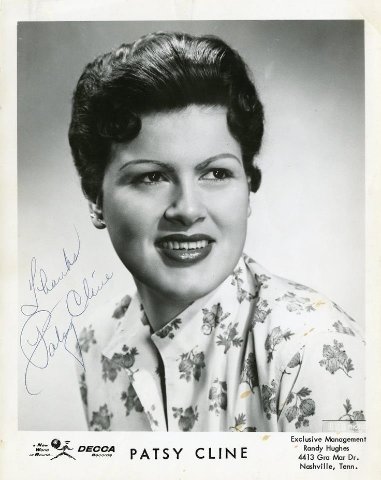 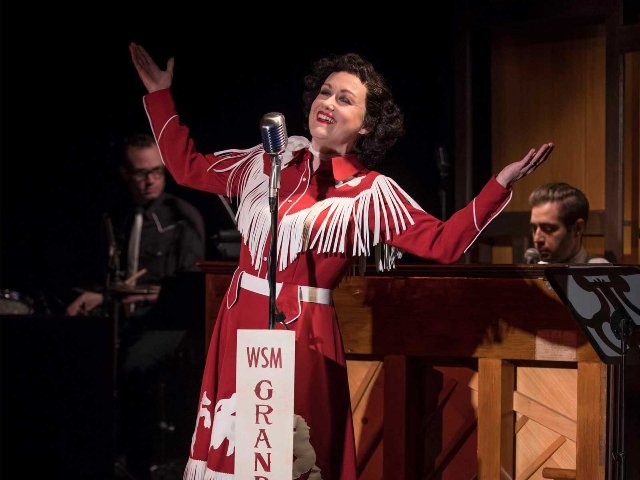 Early on she appeared in cowgirl costumes created by her mom. 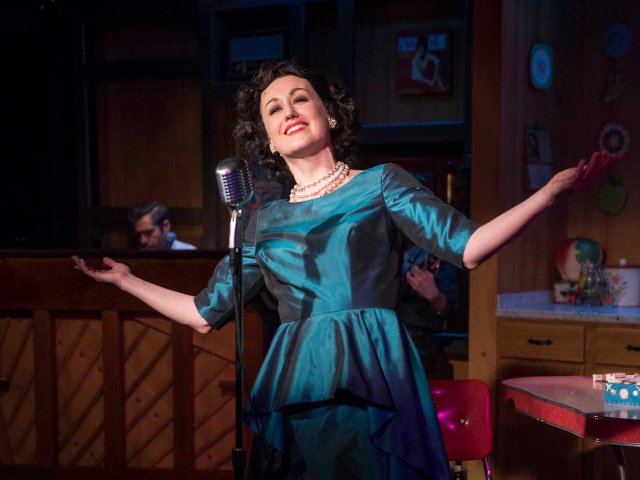 As a leter crossover, pop artist she transitioned to cocktail dresses,

The life of Patsy Cline, was brilliant and all too brief. Having survived two car crashes, at the age of 30, her small plane went down in bad weather while puddle hopping to a gig in Nashville. Against advice to stay the night the pilot, a member of her entourage who was not trained in flying by instruments, insisted on taking off with tragic consequences.

Given the success of her career as a torchy, crossover country/ pop artist one may only imagine what might have been. The early phase of her career was squandered with some 51 recordings of mediocre material for a minor label. When that contract ended she signed with Decca. While first and foremost she thought of herself as a country singer, with lavish Nashville sessions, she was reconfigured with material that made the pop charts. She won an Arthur Godfrey talent show contest for his influential TV show. Cline also appeared on Dick Clark’s American Bandstand.

Initially, Cline wore cowgirl outfits she designed that were stitched by her mom. There are numerous wardrobe changes designed by Leslie Vaglica.  With pop success she transitioned into slinky gowns and lame pants. Uniquely, on the road she became the headliner with male led groups backing her in the billing. Crashing the glass ceiling she saw herself as one of the boys. That meant drinking with them and sharing in off color jokes. By all accounts she was a tough lady who more than held her own.

Always Patsy Cline, based on true events created by Ted Swindley, (premiered in 1988) has been widely mounted and, not surprisingly, sold out for a year in Nashville. This is a return engagement for the 2012 hit at Milwaukee Rep again starring the spot on singing of Kelley Faulkner. If you know the music you can shut your eyes for a moment and, hot damn, that’s Patsy up there belting out a rich feast of some 27 songs.

The fourth one in is “I Fall To Pieces” which always reduces me to a puddle of mush. It is also the favorite of an over the top Cline fan played by Tami Workentin (Louise Seger). She drives a local DJ bonkers by calling to request it several time a day. Interestingly, the song, one of her biggest and most enduring hits, was forced onto her by Decca A&R folks. Another hit that she thought too danged complicated wasWillie Nelson’s “Crazy He Calls Me.” It was one of the few songs she did not record in one take.

Patsy Cline (born Virginia Patterson Hensley; September 8, 1932 – March 5, 1963) had a brief and troubled life.  Her first childless marriage was to contractor Gerald Edward Cline (1925–1994) on March 7, 1953. They divorced in 1957 but she kept his name. While still married she had an affair with her second husband, and love of her life, a linotype operator, Charles Allen "Charlie" Dick with whom she had two children.

While in Texas for a gig in a huge, barn-like venue, Louise and her friends arrived early for the show. She got up the nerve to walk over and declare her admiration. Imagine the surprise when the gracious and friendly Cline joined their table. There was more interaction after the show. Patsy accepted an invitation to sleep over and have a big old country breakfast with all the fixins.

After that Louise got the DJ out of bed promising a huge surprise. He was in Bermuda shorts sucking on a morning coffee when Louise popped into the studio with the one and only Patsy Cline.

After that initial contact they remained close friends. The letters from Patsy were the basis of the show which takes its title from her way of  signing them. They covey the challenges of  a woman on the road during a time when there were few if any creature comforts. It was an era before tour busses, roadies and an entourage. What the women exchanged were thoughts about raising their kids and Patsy's longing to spend more time with them.

In the format of the show what we learn about Cline is conveyed by  over the top, enthusiastic recollections of Louise.

That means that mostly Patsy plays it straight and just sings that juke box chock full of hits and nostalgia. The bio and comic relief, broad to say the least, is provided by Workentin who mostly swings for the fences in an unrestrained performance.

One would like to see a bit of balance with more drama from Faulkner and a bit less from Workentin. There could be more fine tuning by the director Laura Braza who has opted for big and brazen.

What works about this show, of course, is all that truly wonderful music. Faulkner creates a crisp and compelling simulacrum of the signature Cline style. There is the requisite country twang but also down and dirty, gut wrenching passion and pathos in the barn burning torch songs.

The tight trio does a nice job of spare but precise backup to her vocals.

It was a cabaret evening to hunker down and let all those signature songs come to life and wash over us. Who can ever forget “Back in Baby's Arms” “Walkin' After Midnight” “Your Cheatin' Heart” “Three Cigarettes in an Ashtray” “Crazy” “Just a Closer Walk” and a closer of “Bill Bailey.”

My only real disappointment was hearing “I Fall to Pieces” just once. Like Louise, I could have heard it twenty times over and still not be satisfied.

Whom the gods love die young.