Opera Philadelphia's Yardbird at the Apollo 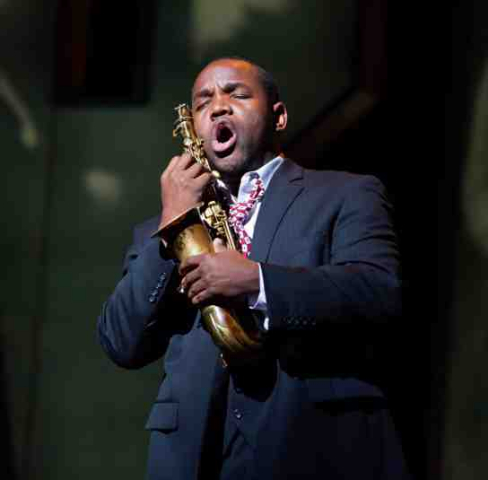 Lawrence Brownlee singing for his sax. 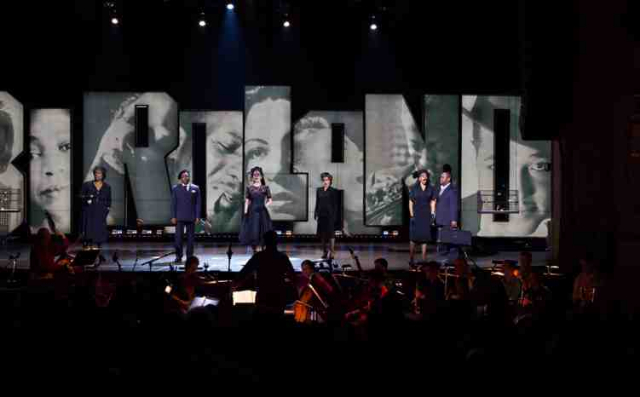 Birdland at the Apollo 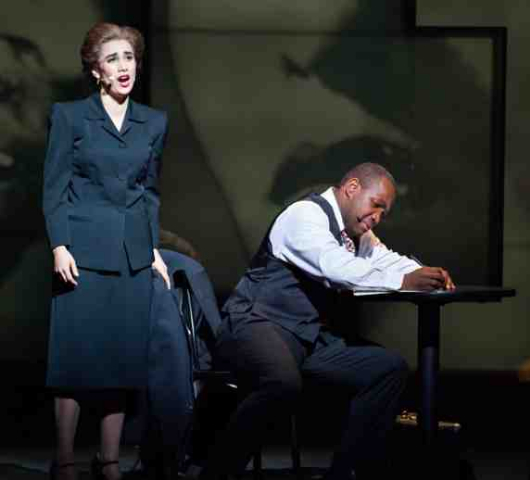 Parker writing furiously before the Bird has to fly 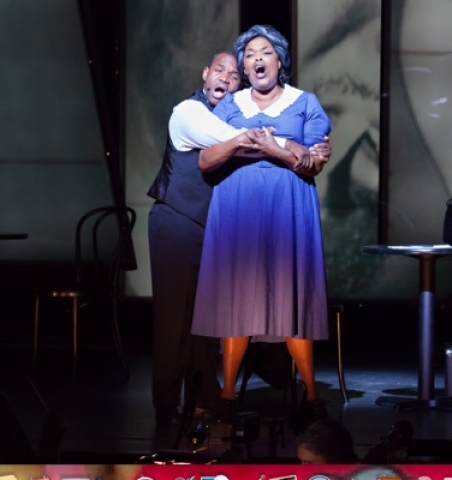 Lawrence Brownlee and his mother sung by the glorious Angela Brown. 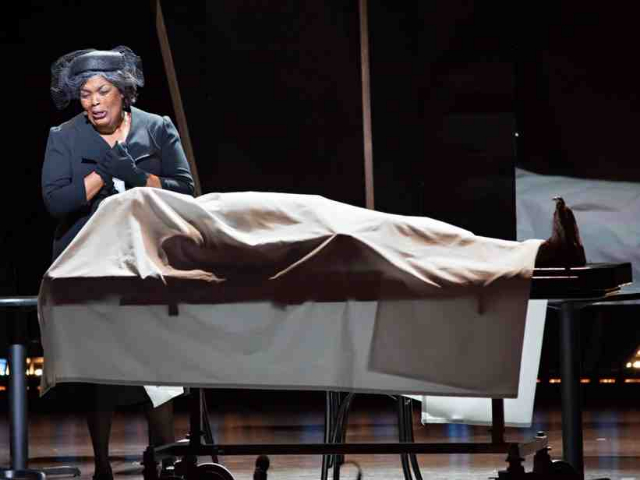 Angela Brown grieves for her son. 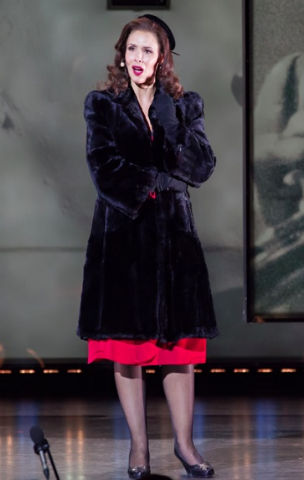 Tamara Mumford came to the music world's attention as one of the Rhine maidens in the Metropolitan Opera's Rheingold. Now she blossom as Nica, a patroness of Bird. Her voice is musky and rich, its unique texture perfectly deployed in Yardbird. 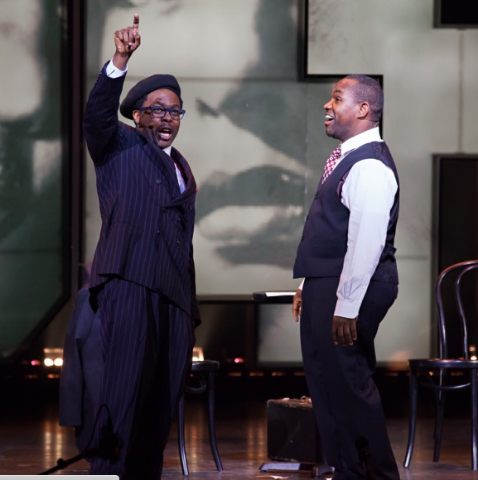 In familiar operas, we have Floria Tosca, a singer, and The Composer in Aridane auf Naxos. Yardbird's central character is a saxophonist who with Dizzy Gillespie and others originated bebop and other seminal, complex jazz forms.  Jazz is not just a form of music, but a way of feeling and knowing. Yardbird shows us how.

Daniel Schnyder, the composer of Yardbird clearly appreciates jazz, which he has incorporated in much of his work.  None of Parker's own music is included in the opera.  Nor does this stage Parker play the saxophone.

Instead, beautiful arias based on the whole tone scale, rhythmic variety, complex harmonies and even scat are sung principally by Lawrence Brownlee and the five women in his life.

We enter the theatre to view, on stage, the body of Parker in the morgue.  He is not quite ready to leave this world.  He bargains for one last evening in the empty Birdland, where he opens his briefcase and begins to write a new symphonic piece as his farewell.  This is the composition which will be performed throughout the opera as Bird reviews his life.

Corrado Rovares conducts a small orchestra, with double bass, percussion and piano prominent.  Brownlee is, in addition to a glorious singer, a sensitive actor who moves easily with the music, always conveying the nondance beat of bebop, often in 4/4 time, and also speeding up erratically.

Going back to his home in Kansas City, we are introduced to Addie Parker, his mother, played in almost a gospel tradition by Angela Brown.  She loves to listen to her son, and yet fears for him.

The three wives each have distinctive voices.  Elena Perroni was particularly passionate and yearning as Doris, mother of Charlie's son, who he abandons for the call of jazz in Chicago and New York.

Charlie's tortured dialogue with 'horse' when he is not able to put his pain into his saxophone is treated as part of the runaway, star-climbing notes that made up his life.

The text by Bridgette A. Wimberley is noteworthy for its pithy aptness Words sit well in the voice.

Ricardo Hernandez has designed a set which easily suggests Birdland, the Bellevue morgue, and Parker's Kansas City home.  Emily Rebholz dresses the cast in period dresses and suits. Scott Zielinsky and Drew Billiau take advantage of the tall Apollo stage to suggest Birdland getting ready for the last show of the night.

Setting for an opera story always has to consider the thematic relevance as well as character intrigue.  Charlie Parker's Yardbird is a dramatic presentation of the black's dilemma in this country, and the poignant way in which pain has been expressed in music.  Perhaps if the opera had been propelled by some of Parker's own familiar work, it would have been easier to absorb.  But an evening at the Apollo, in the heart of the Harlem renaissance, is a wonderful launching pad for this searing work of art. It is elegant and indestructible.