Simon Dinnerstein at the Miller Theatre 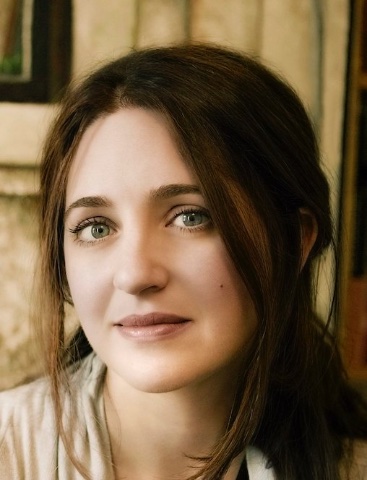 Simone Dinnerstein at the Miller Theatre

Simone Dinnerstein has made the Goldberg Variations a signature performance piece.

Early on, she produced her own recording. Conventional record companies felt that Glenn Gould had defined the work for the centuries. It was fifty years old when Dinnerstein caught the world’s attention with new ideas about this monumental composition.

Bach may have written it for his student Johann Gottleib Goldberg who traveled with Count Kaiserling, the Russian ambassador to the court of Saxony. Count Kaiserling had trouble sleeping. Goldberg played the variations for him.They cheered him up on long sleepless nights. The Count called them “my variations” and presented Bach with a golden goblet filled with 100 louis-d’or.

Dinnerstein spoke before performing, suggesting that listeners might consider each variation an individual character.  She pointed out that they are grouped in threes, one chorale-like piece, one a showy startler and then a canon. Canons come in rich variety, the second voice starting in unison, and then on the second note and then a third.  We heard fughettas, a French overture, and florid slow movements.

A melody is not the basis for variation. Instead we have a fundamental bass. Bach teases, because this bass is never fully expressed in its most elemental form, but the ear catches it often. Bach’s endless inventiveness never obscures the main outlines, which Dinnerstein makes clear.

Rather than suggest that the initial aria is a foreshadowing of the entire work, Dinnerstein performed it as though it were in another space, taking us with her in very slow time and very quietly.  She helped us to transition to this music meant for only for God’s ear.

The first variation by contrast is festive: this journey is going to be rich in beautiful phrases, but also in joy and celebration.  Faraway scherzos are light and delicate. A baroque fughetta hangs heavy in the air, its roughness interrupting the lyricism. A flute aris is pure joy. A canon can be dark and tragic. Dinnerstein does not miss a suggestion.

Bach’s humor was a clear display. Dinnerstein can play as slowly and softly as any master, but she can also rip up and down the keyboard. The brand new Yamaha seemed to suit her purposes. Leaping notes, and hands rapidly withdrawn from notes gave staccato jolts. Sometimes as she whizzes through notes, they begin to blend into one, like Philip Glass.  (Dinnerstein is also a Glass specialist.)

The beautiful melodies were timed and phrased exquisitely.

The Quodlibet, the last of the variations, displays two folk songs: One is: "I have not been with you for so long, come closer, closer closer."  The Bach family, all musicians, had annual reunions where they would start performing together with a chorale, and then improvise freely. They must have had fun. For all the talk of God, Kraut und Ruben (cabbage and beets) are in the air.  Dinnerstein also captures this improvisatory picnic spirit.

Dinnerstein’s approach is very live. Hand crossing in a rapid fire arabesque is electrifying and fun. Toccatas may be written to show off a pianist’s touch, but in Dinnerstein’s they simply invite pleasure. She is so deft that you forget how very difficult an arabesque is to perform. Big bold opening and closing chords of the unique French overture, which signals the division of the work in two,  are putty that hardens quickly.

Are the Goldbergs a pop sensation?  One could argue yes.  They are performed frequently.  Often they have an improvisational quality which makes them live.  Dinnerstein delivered spritely music on the new Yamaha at the Miller Theater, a special musical evening.