God Is Not Bashful 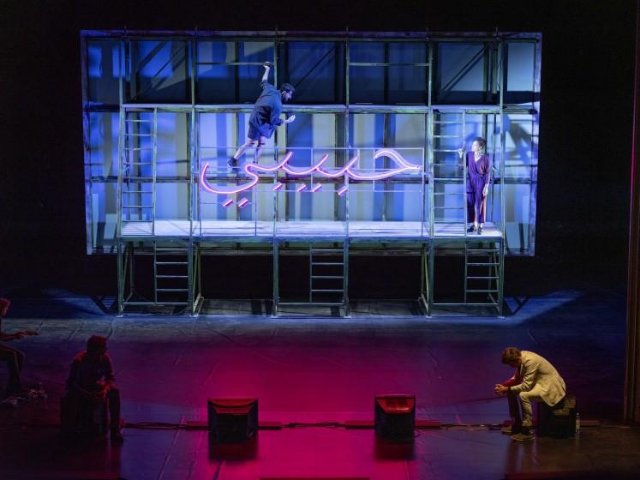 All photographs courtesy of Berliner Ensemble 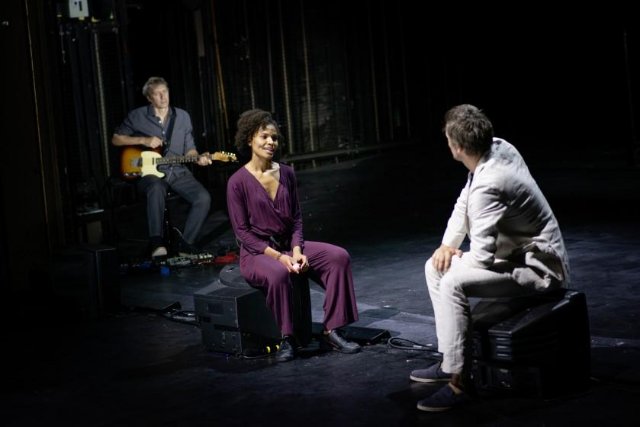 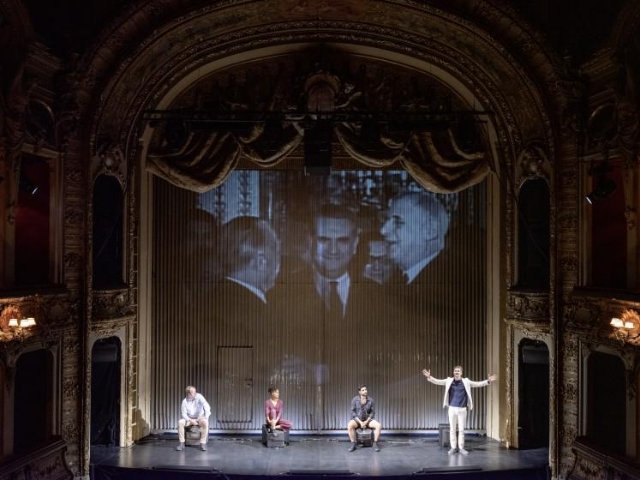 Gott Ist Nicht Schuechtern (God is not bashful) received its re-opening at the New Stage of the Berliner Ensemble in Berlin at the end of March 2022.  Originally staged on September 4th 2020, it is more than appropriate now, with the war raging in Ukraine.

Olga Grjasnowa wrote the novel and adapted the text for the play that was directed by Laura Linnenbaum. Shown are three young Syrians innocently drawn into the Syrian civil war of 2011 and their development into freedom fighters against Bashar Al-Assad's oppressive regime. These are Amal (Cynthia Micas), actress and daughter of a wealthy real estate mogul, who goes to demonstrations; first because  she wants to see, then she gets involved.  This is due to Yussuf (Armin Wahedi), from a household of opponents of Bashar.  Both get drawn into the revolution, get imprisoned and then released, and decide to flee to Turkey. But before this will be realized, they meet up with the surgeon Hammoudi (Oliver Schulze) who came for a few days to renew his passport. The play consists of extended discussions of their more or less voluntary involvement in the war, and is played out against a huge street poster on the rotating stage (design Daniel Roskamp) of the hated dictator Bashar. In the end, all three physically destroy the advertisement, but they have to capitulate before they have reached their goal – the destruction of the oppressive state of Syria.

It is a dismal theatrical experience, augmented by the ending of the play, when Amal saves a baby as the ship sinks that is to bring her and Yussuf to Turkey. Hammoudi makes it to Germany but there he is killed by a bomb. Yet God is not bashful, although the cry for help for mankind disappears into thin air. The play is very well suited to the present political situation in Europe, but as theatre it is closer to agitprop, a political and cultural tool, to send a message.