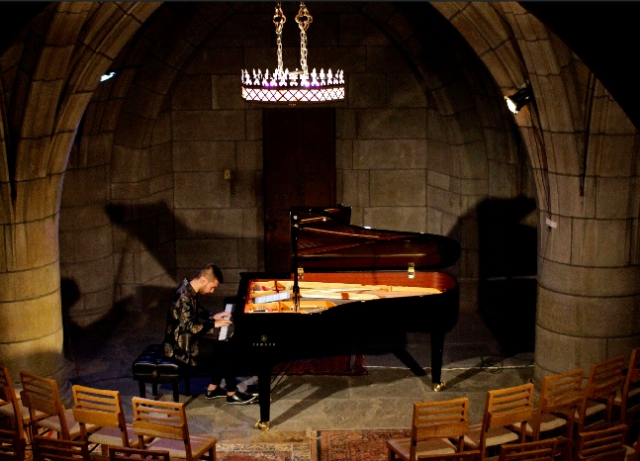 Conrad Tao performs American Rage at a Crypt Session. He speaks about responding to a specific setting and has performed in this underground space before. 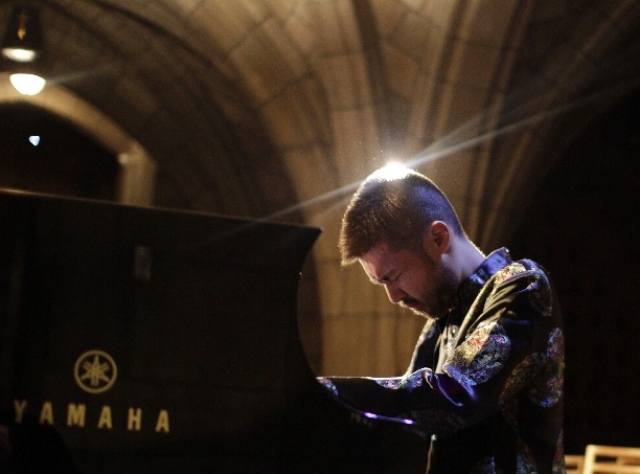 Tao is in dialogue with his instrument which leads to a rich display of the Yamaha piano and interpretations which are more true to the composer. 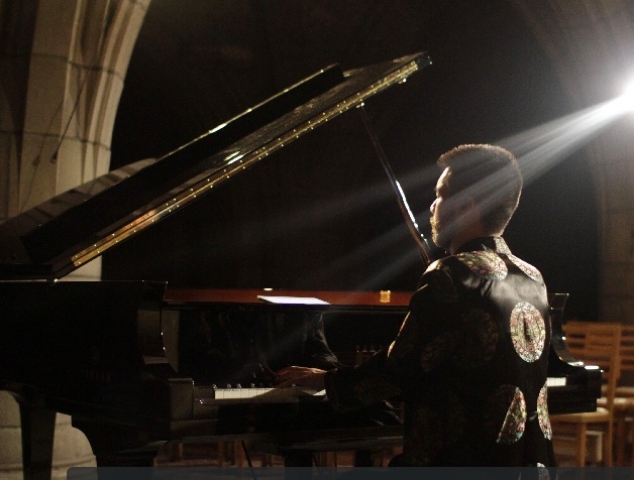 Not a note goes unobserved and unfelt by the artist, Conrad Tao. The listener engages at a high and true level. Tao is an enormously satisfying artist. 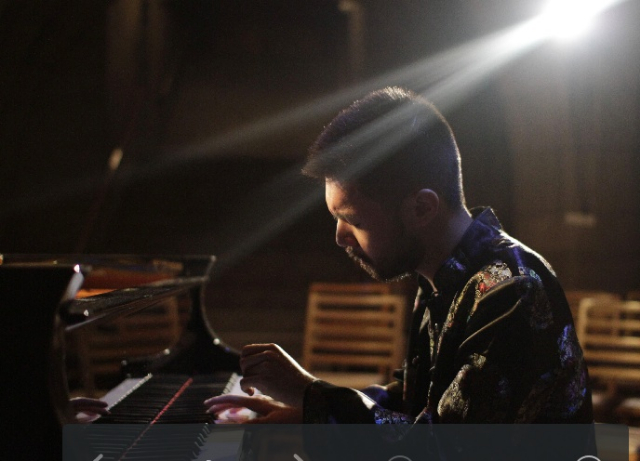 New insights into music arise when Conrad Tao engages with his instrument.

Conrad Tao is a master of performance with the piano. His program was titled American Rage, and no one could mistake the passion, confusion and ugliness of our time. Yet it was music that was drawing the picture. And it was the music of this young artist that lofted rage.

From the moment Tao bends his ear in to listen to the song Which Side Are You On, the opening of Frederic Rzewski’s composition of the same title, you feel interaction. The piece responds to the song, and you can hear the beats of the phrase, with the first, second and fifth notes somewhat extended as the piano part of the piece begins.

The piano is poorly understood by many its foremost practitioners. Tao points out that you can’t sit down and play the piano. There is a built in relationship between the artist and instrument. The piano keyboard speaks back, first in the note and then in its overtones. How the artist responds to the talk back is what makes his interpretation and defines his dialogue with the instrument.

Tao is fearless. He is open to reactions that can be very harsh and cruel, and also very beautiful. The Aaron Copland Piano Sonata that sat in the center of the program is a very calm, contemplative and yearning piece.  It is during this almost withheld performance that you can clearly feel Tao’s art. He allows notes to resonate before he continues. Some say that piano artistry depends on listening to the overtones of a note and its colors, which is certainly one form on dialogue.

Tao also describes the terms of sound, whose time lengths are indeterminate. Often during the concert we were reminded of Debussy’s Sunken Cathedral. It’s majesty, and the moving fifths cropped up throughout the program. When Tao returned for one encore, which he signaled with one raised finger (only one),  he played Sunken Cathedral, perhaps returning to the tone that prompted the evening. The effect is to lift us out of time. The mood that surrounds us seems perfect for the crypt of a church. As usual, curator Andrew Ousley has chosen an artist and music that suits his novel setting, both welcoming and mildly disturbing. It is the uncomfortable feeling that intrigues.

These Crypt Sessions start with a wine and food tasting hour. Like everything about Crypt Sessions, both drink and menu match the program. This evening was American. Fay Leshner of Ward 8 Events creates fashion in every field. She designed “Grandma’s Meatloaf", a meatloaf with bourbon-laced salsa, an updated American classic, and also the even more American peanut-butter and jelly sandwich with bacon from Peter Luger’s and homemade bread. Two American wines chosen by Magnvm Opvs Tasting Concerts topped the menu. Like the Crypt Sessions, we have appealing classics, which are infinitely appetizing.

The Crypt Sessions have announced their next program with cellist Joshua Roman tantalizingly performing "Riding Light."