Leader and Namesake of a Boston Band 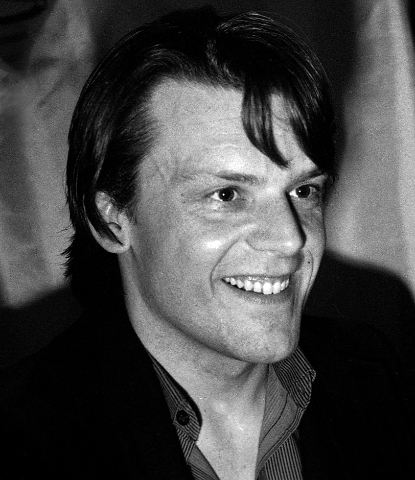 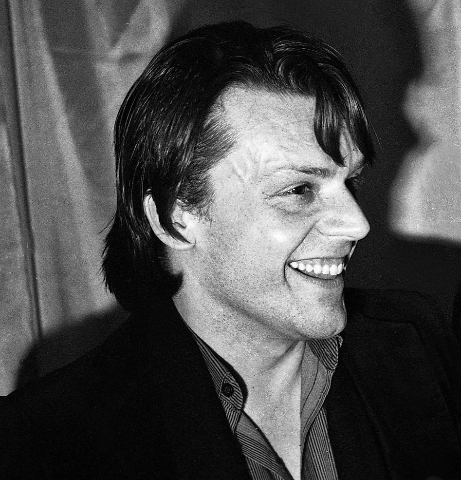 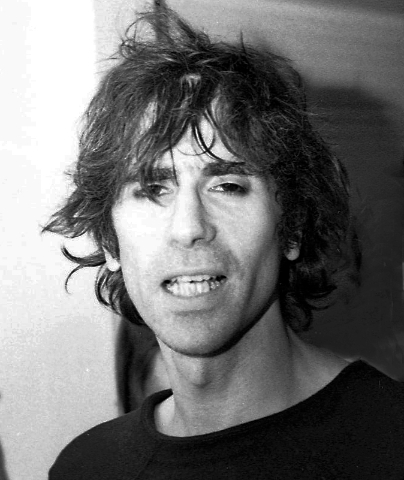 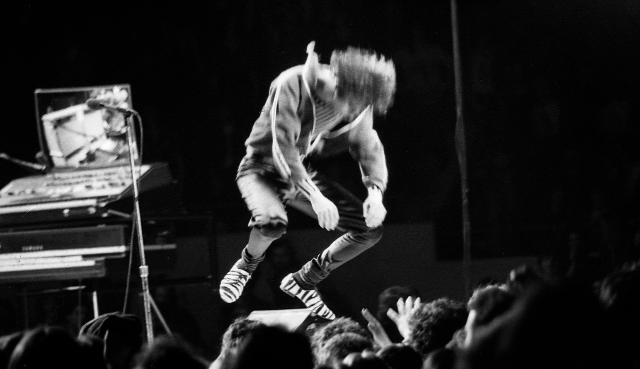 Wolf in the spirit of performing. 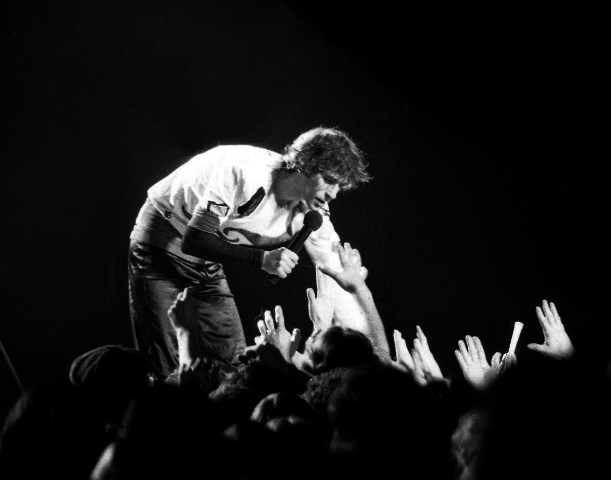 Reaching out to the audience. 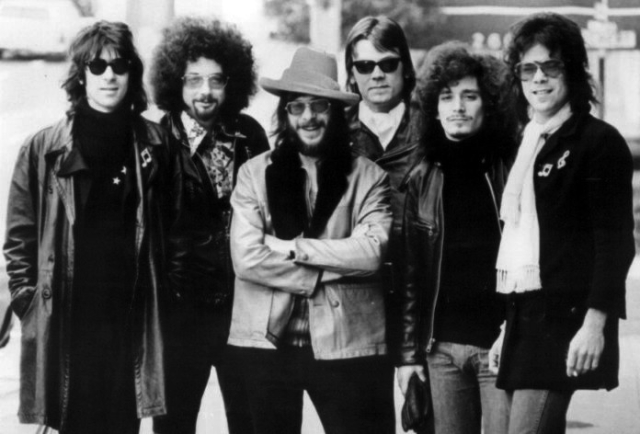 From 1967 to 1985 J. Geils was the guitar player and leader of the seminal Boston band named for him.

"Thinking of all the times we kicked it high and rocked down the house! R.I.P Jay Geils" Wolf posted to Facebook.

The band was formed when Wolf joined after the club band, The Hallucinations, broke up. That blues based group featured the artist Paul Shapiro on guitar.

The commonality of the musicians was a deep commitment to blues and R&B. Early on they mostly performed covers but began to achieve success when Wolf and Justman combined to write songs that broke out on Billboard charts. Initially, their albums got FM play, primarily on Boston's WBCN, and eventually on AM and national radio.

An early recording "First I Look at the Purse" got local airplay. Like the Stones and the blues in general there was a misogynistic and ironic take to their material. Their sarcastic "Love Stinks" evokes comparisons to "Under My Thumb" by the Stones.

The group had several Top 40 singles in the early 1970s, including a cover of "Lookin' for a Love," originally by the family group The Valentinos, and "Give It to Me."

The hipster A&R man Mario "The Big M" told me how he discovered the band. He was in the green room upstairs at The Tea Party which had relocated from the South End to Landsdowne Street. Through the floor he heard a blues band and went down to take a look. He was surprised to find a bunch of white guys. Not long after, through his efforts, they signed with Atlantic Records which initially seemed like a good fit.

On June 28, 1971 I joined Mario for the invitation only closing of Bill Graham's Fillmore East in the Lower East Side. There was an all star lineup: Albert King, the J. Geils Band, Edgar Winter, Mountain, the Beach Boys, Country Joe McDonald, and the Allman Brothers Band.

At the time it was a significant recognition for a Boston band. In the dressing room I chatted with Geils who told me that he wanted to join a jam on stage. He expressed having the chops to play with anyone. He was indeed among the elite American blues/ rock guitarists.

There were years of endless one nighters and tours as the opening band for groups including the Stones. They were tight with the Allman Brothers and Van Morrison when they stayed over during early gigs at the T Party. A memorable gig was J. Geils Band paired with Van Morrison at Symphony Hall. There were always great after parties and it was a blast to hang with the band.

For a time Wolf and Magic Dick were my neighbors in the "Murder Building" on University Road in Cambridge. As they were on the road all the time we didn't see much of them. Peter at the time was dating and later married the actress Faye Dunaway. Cambridge was too funky for her and they moved to a Boston high-rise condo.

Peter's first love, Edie, had died in an accident. He liked his independence and that resulted in the song "The Lady Makes Demands." The marriage didn't last long.

When in Cambridge Peter popped through the alley to dine at the hangout cafeteria Cardelle's on Brattle Street. The owner, Mr. Demmers, always had updates of the latest word from the Wolfer.

Eventually there was a paradigm shift to more pop material and an effort to make some money. In 1981 that conflated in the release of Centerfold on their new label Capitol/ Emi. Four years later there were artistic differences and Wolf departed to pursue a solo career with a variety of collaborations and projects. There was one more album with Justman on vocals but it failed to chart and the group disbanded.

There were ongoing rumors about reuniting which did happen for benefits and occasional popup gigs,. There was even a reunion tour but it was over. Geils sued when several members, with substitutions, performed as the J. Geils Band.

For a time Geils pursued another passion servicing high end cars. Eventually he sold that business.

In the late 1960s and 1970s the group was more than just a band. In particular Wolf was the matrix and over the top rapper for the emergence of the music scene and counter culture of that breakout era. It's when Boston/ Cambridge morphed from a "college town" to a major trendsetter and breakout market for youth culture.

There had been an earlier aborted effort by Mike Curb and MGM Records to hype the "Boston Sound" or "Boss Sound" with bands like Orpheus, Ultimate Spinach and Beacon Street Union. Other early bands were Bagatelles, Tavares, The Barbarians, Barry and the Remains, The Lost, and Charles River Valley Boys.

In the early 196Os Club 47 in Harvard Square was a matrix for the emergence of folk musicians Joan Baez, Tom Rush, Tim Hardin, and Jackie Washington to mention a few.

The J Geils Band emerged during a time after the crash and burn of The Boss-Sound. They put the music scene back on track. Aerosmith signed with Columbia Records in 1972. The debut album, Boston, released on August 25, 1976, ranks as one of the best-selling debut albums in U.S. history with over 17 million copies sold. Fred Lewis the original manager of J. Geils intially served in that role for The Cars which emerged in 1976.

The J Geils Band has been nominated but not yet elected to the Rock 'n' Roll Hall of Fame.

"This is our fourth nomination, and going through that process, with its inherent disappointment, you're not sure you want to take that ride again," Wolf told Billboard in 2017. "It's great to be recognized, but it's a drag to be disappointed. I hope that we make it in. That would be great."