An On Line Exhibition at Blue Heron Gallery 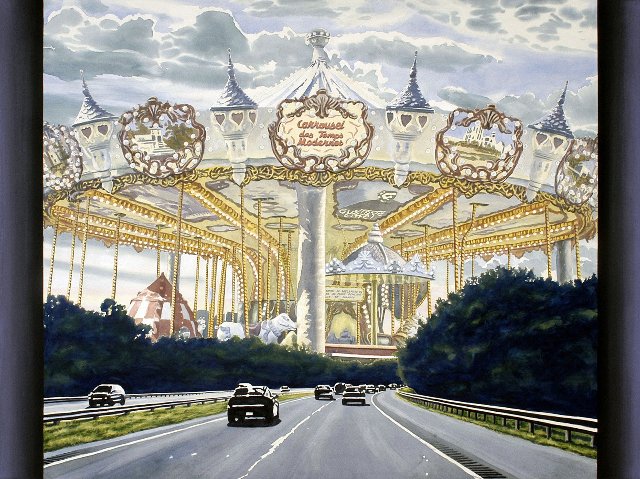 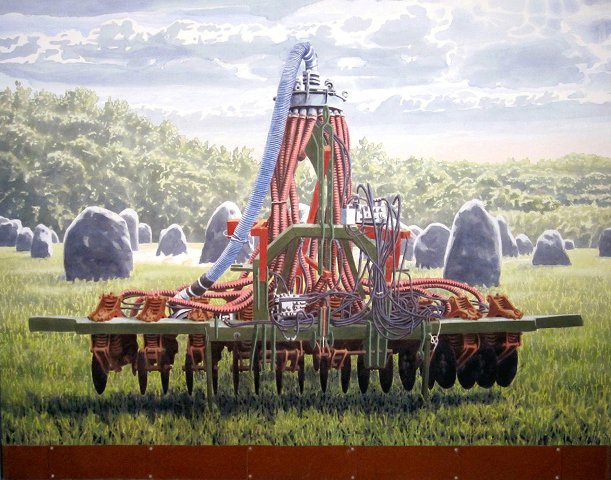 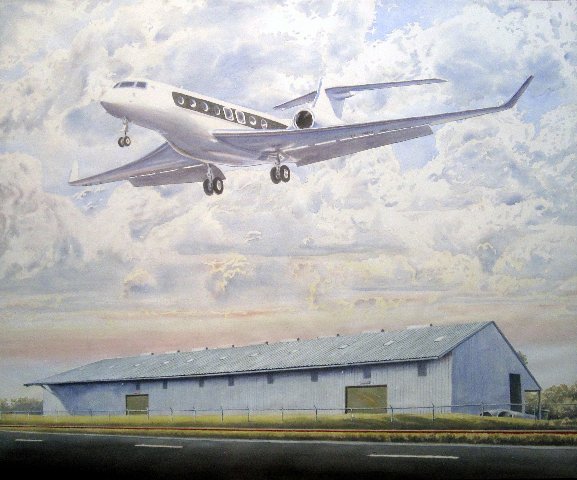 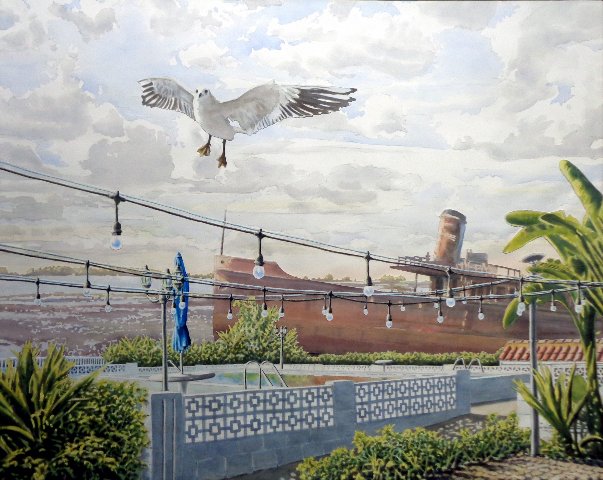 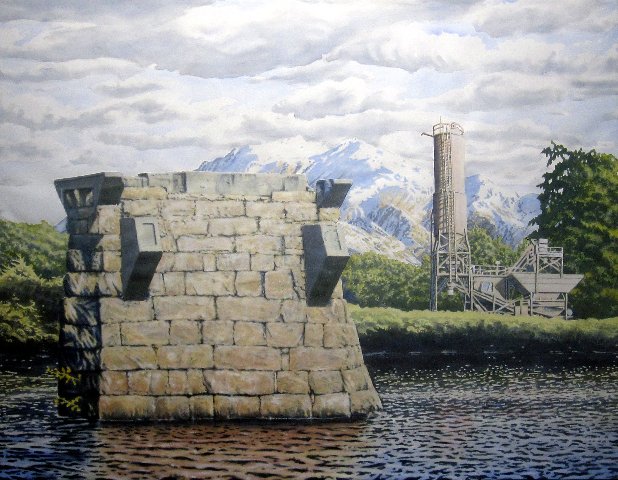 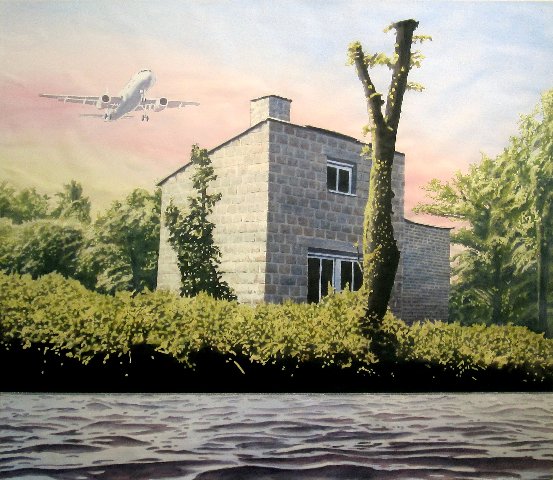 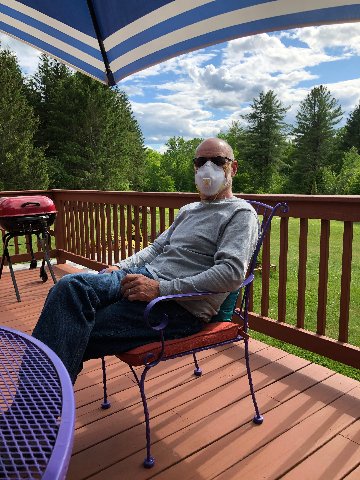 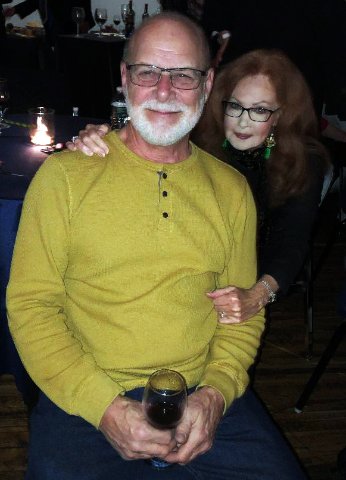 In the decades that we have known the artists Robert Morgan and Pennie Brantley they have been prolific and widely exhibited. This is remarkable for the fact that they make labor intensive representational work. There has been a regular schedule of national exhibitions. Of which we have seen a number within our region.

Shows scheduled for the current season, however, have been cancelled or postponed because of the pandemic. Yet the work continues in the studio. For Bob more intensely since he retired last summer.

They live not that far from us in Peterborough, New York. Last summer during Sunday drives we visited a couple of times. That entailed social distancing on the porch overlooking a verdant rural setting.

His studio is a detached building adjacent to their living quarters. It’s an ideal space which he designed when they built their country home. It doubles as guest quarters.

There is always the enticement of viewing work in progress. While they have a commonality in representation there are similarities as well as striking differences. Not surprisingly they have often shown together.

The medium and approach is distinctively different. Bob works with watercolor on paper often at a scale that is beyond the norm. Viewing his images you have to set aside limits and preconceptions. The work is large, precise, matte in surface and impactful.

The representation is so precise that there is never any ambiguity that we are looking at something. But there is an irony about its juxtaposition with something else. What is that other element and how in his creative spirit and imagination do they form visual confluence?

The irony is to defy logic but somehow create an image that is plausible with a stretch of the imagination. Unlike most representational work we get more than just what we see. There is something more and we are challenged to unravel that and come to grips with the whimsy and sly intentionality of the artist.

In a sense the works are visual equations but one plus one does not necessarily add up to two. The math of conventional reasoning is askew and this is the essence of the artist’s unique aesthetic.

From an art historical perspective there is a connection to surrealism. Surely the work is rooted in that modernist tradition. But reference to Magritte is not the Rosetta stone to deciphering these very contemporary American works. They are too droll and head on for such esoteric interpretation.

It’s more like what if you were driving along the Mass Pike and an enormous French carousel hovered above you. Morgan provides a compelling graphic representation of that arcane but somehow plausible possibility.

Another work “Belgian Seeder at Rock Field” seems almost possible. The large farm apparatus is elaborately rendered. But hold on a minute it is set before what appear to be an arrangement of Neolithic monoliths with the scale and shape of unmarked grave stones.

In “Under the Radar” a commercial jet plane appears to be approaching a landing over a long horizontal shed. There is seemingly no reason to question its verisimilitude other than the context of the artist’s oeuvre.

Its emblematic of the tension that the work creates between real and surreal or plausible and fantasy.

That equates to a sense of lively adventure and a bit of sleuthing when trying to delve into the psyche of the artist and his singular vision. This evokes a range of responses to the individual pieces. For some works we readily appreciate the superb skill of execution while other pieces evoke double and triple takes.

With Morgan what you see is not always what you get.

Born in Pittsfield, Massachusetts, my early interest in art was fueled by the rich traditions of the Berkshires/Hudson Valley region. After residing in Buenos Aires, London, Boston, and San Francisco among other places, I returned to the area of my youth.  I now live in the Taconic Mountains of Petersburgh, NY, with my artist wife Pennie Brantley.

I utilize traditional watercolor medium to lure the viewer into a sensual, surreal, and conflicting journey.  While my work sprang from the delicate, sensitive watercolors abundant in this historical region, the paintings have grown into huge collaged pieces that invite a wide, participatory view.  With dense pigment, textured treatment of the surfaces and off-beat compositional schemes, I stretch content, technique and scale, reversing the ‘precious’ attributes usually associated with the medium.

My paintings are frequently composed of a number of layers of varnished watercolors mounted with objects on canvas, resulting in visual planes that are often out of expected context.  I want the works to resonate, to vibrate on a frequency that sets off a chain reaction of personal conflicts and comparisons. I’m not content with gratifying the viewer with craftsmanship, but instead I want to share the tension inevitably lurking behind the beauty.

Early in my career, I was honored with a prestigious MacDowell Colony Fellowship.  After exhibiting in numerous solo and group exhibitions in museums and galleries on both US coasts and internationally, I was featured in a major retrospective at the Borges Cultural Center in Buenos Aires, Argentina. In the exhibition catalog, Ed Shaw, one of South America’s foremost art critics, said:  “Morgan is an anachronism in today's art world.  Cloaked in classical garb, his work requires a pause from zapping and deserves the effort of a second glance. For those who are willing to share his search, he takes aim at clarifying those obscure mysteries which make life so tantalizing.”

My latest work is a series of large, densely hued paintings composed of cut out fragments glued together to create various visual planes.  They are varnished watercolor on paper mounted on canvas, often with attached objects or materials.  The resulting enlarged images and moody atmospheres are an attempt to create an eerie, disquieting transcendence, drawing the viewer into an inner world of emotional and sensual conflict.

Viewers are encouraged to participate in the paintings/installations as an “absent presence”.  The large scale and sensuality of the medium invite entrance into each situation.  Objects inhabit ambiguous spaces, reminiscent of stage settings where numerous symbolic levels are presented to the audience using backdrops.  The viewer may experience an emotional potpourri, depending on the individual’s base associations with the symbols.

There is a strong affinity to Surrealism, seeking to release the creative potential of the subconscious by the irrational juxtaposition of images.  Representational depiction often lends credibility to unlikely scenarios, leading the viewer to conclude that there must be truths involved if someone bothers to paint it realistically.  Like a still from an imaginary newsreel, a moment in a confusing journey is captured and presented as a moving but conflicted experience.  A sensual and vibrant environment stages a beautiful but somewhat dangerous slice of life.

People and objects in modern society are often found out of context or alienated from predictable settings.  Life is complicated and so are the conflicting emotions we experience.  My art is about these clashes and the necessity to produce one’s own metaphysical symbols, one’s own myths, one’s own spirituality.  Yet the hope and peace in the paintings seem to lay beyond the barriers, abysses or ambiguity, hence the discord.

The contrasts -- hard and soft, dark and light, warm and cold, peaceful and threatening -- are juxtaposed against each other, giving complexity to outwardly simple paintings.  I want the work to resonate, to vibrate on a frequency that sets off a chain reaction of personal associations and comparisons.  I hope the viewer shares the tension inevitably lurking behind the beauty.