Women of Will, The Complete Journey 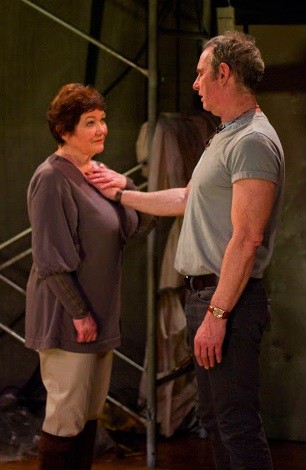 Where is your heart? 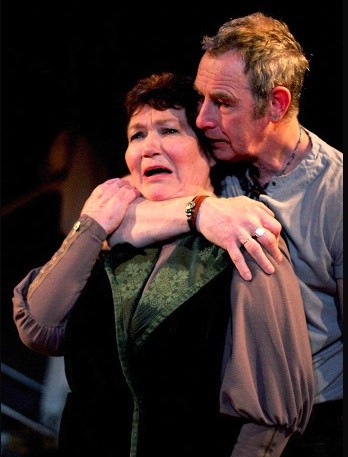 You are too much for me. 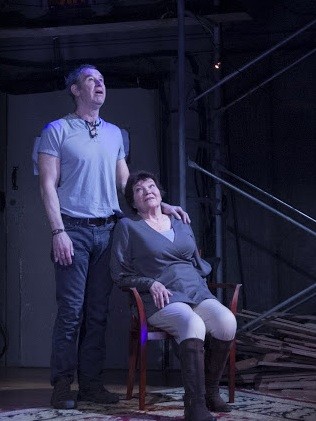 The sensual and the spiritual merge. 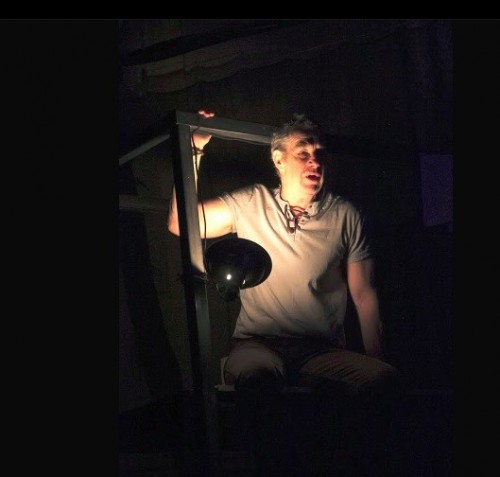 Tina Packer’s  The Complete Journey through the Women of Will starts with “Warrior Women, from Violence to Negotiation."  These martial women, driven by revenge, are women who Shakespeare seems to hold out from himself and from us.

Joan of Arc and Margaret may be characters developed from the outside, but they are tantalizing figures for modern business women to observe as they seek  top jobs.  We should not kill for what we want, but using language to succeed is a legally available tool.  These are women dangerous to men, as was Queen Elizabeth.

As a woman, Packer lets you not only see all the possibilities, but also makes you feel them as her performance unfurls.  She makes the language of Shakespeare live.  It is not sanctified, or held gently on the tongue because it is Will.  No, she so appreciates the Bard that she lets his words rip as they surely did in the his first productions.

The words are music; there is a tune and rhythm, an arc to the line.  Timing is all. Striking are Packer’s words as she jams them against each other with two opposing emotions butting.  It is elevated language with character and complexity.  If the emotion has to be greater to crease the great and often familiar words, Packer does this without stepping out of character with false exaggeration.

Gore too expresses the cadence of the lines. He has surrendered so completely to his characters, that when he steps out as himself, from time to time, he feels like one of them.

Hamlet comes later on the journey, but Packer and Gore have seamlessly incorporated his advice to the actors in a play within a play:  Speak the speech trippingly on the tongue.  Do not saw the air too much with your hand.  In the whirlwind of your passion, acquire and beget a temperance that may give it smoothness.  Be not too tame either.

Packer gives Shakespeare his due as a man who came to understand women deeply.  Pointing out that his early warrior women are strong women who at first get their way by behaving like men, changing to be more effective.  Joan of Arc starts out as a virgin winning battles, but ends up trying to avoid the stake by pleading that she is pregnant, and not apparently a Virgin Mary.

The primal and atavistic sense of Shakespeare serves to make Packer’s Women of Will present.  Audiences swooned when Sarah Siddons (5 July 1755 – 8 June 1831) played Shakespeare. Likwise, we are on the alert for Packer and Gore who so thoroughly engage that rapt attention must be paid.

Juliet becomes a woman in full. Cleopatra is portrayed as a strong woman who comes to understand the power of sensuality and spirituality conjoined.

The outdoor theater of Shakespeare’s time demanded a cruder style from Shakespeare’s actors.  Packer finds this juicy core while she engorges words and releases them in a rainbow of emotional colors.

Even when Packer’s argument is that Shakespeare is looking from the outside, the characters are not held at a distance.  As the Bard learns more about women, they become rich interior characters, but Packer’s Juliet and Cleopatra are never dainties ‘bred in a book.’  You can’t imagine them eating paper or drinking ink.  Instead of painting a line, she connects the words to her heart and mind.

Packer and Gore restore Shakespeare’s language to its often sexual and violent origins, without fear of taking the Bard down to vulgarity.  Commoners are their audience and everyone gets sex and violence. Packer takes us on a journey to see not only how Shakespeare’s text works but also what he means.  Why Shakespeare was the most popular playwright in England is made clear.  Packer does not fussy up his language, or worship it for itself.

Packer and Gore are so superb that it is easy to overlook the contributions of the director Eric Tucker, lighting director Les Dickert, or sets and costumes by Valerie Therese Bart, who have worked to create perfection.

Lusty, full of tenderness and love when those are the emotions driving them, but also of rage and anger and frustration.  Is there an emotion you can name that Shakespeare did not suggest?

The action, following Hamlet’s, is suited to the word and the word to the action, a mirror held up to nature.  You must listen to the intense language and  characters it houses.  In fact, you just can’t get enough of it.  Packer and Gore make Shakespeare’s words theirs and ours.  If you lived next door, you would come day after day to feel brimful alive.