A Serious Issue as a Farce 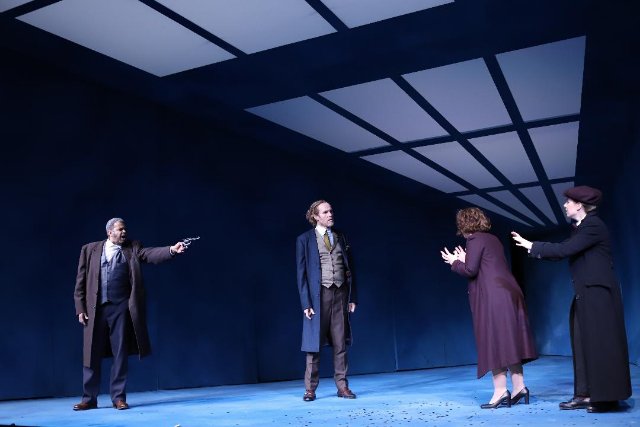 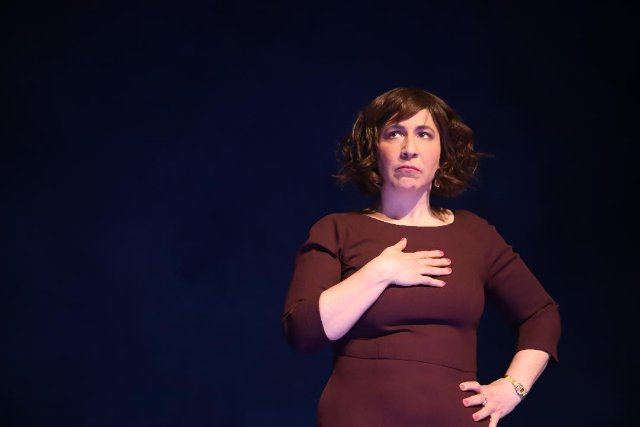 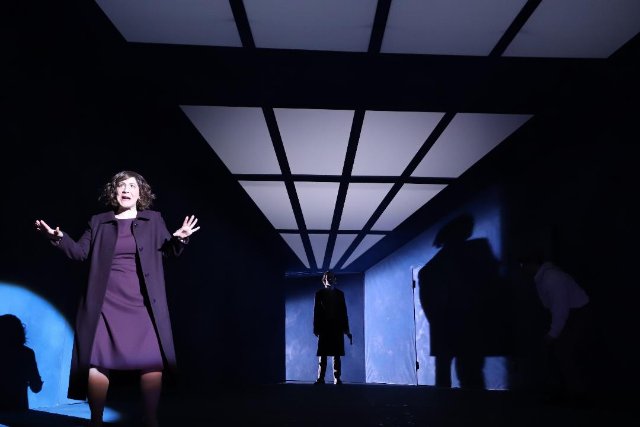 Rabatt (discount), the newest production at the Gorki Theater in Berlin is a hilarious farce about a very serious issue – the burials of poor people in the world of the well to do.

The basis of the entire play is ludicrous, burying poor people en gros leads to absolute riches. But exactly this happens at the ficticious valley, where twins, the undertaker (Niels Bormann) and the administrator (Falilou Seck) „bury“ unknowns from all over the country and in exhorbitant numbers in space saving capsules after their cremation. When Dena Gregorova (Orit Nahmias), extremely  successful author of cheap novels and her assistant Luigi (Aysima Ergün) have to get rid of a delivery boy (Taner Sahintürk), who has died at their premises of a heart attack, they reach out to the twins.  Unfortunately the dead delivery man and a pillow with all the money that Dena has earned with her cheap show business tricks disappear.  This starts a quite hilarious search for all the lost „items“ and culminates in an orgy of comical exchanges to the beat of a frenetic music number.

All this is written and directed by Nora Abdel-Maksoud.  It is quite obvious that she enjoyed creating this slap-stick comedy, that she enjoyed divvying out stings against short comings in our contemporary society.  The audience was quite taken by this joyous approach, not too often seen at the Gorki Theater.

Of course, there are always English subtitles, thus a foreigner can enjoy the happenings as well.