The Edward M. Kennedy Institute for the U.S. Senate

Less May Just Be Less At Senatorial Memorial 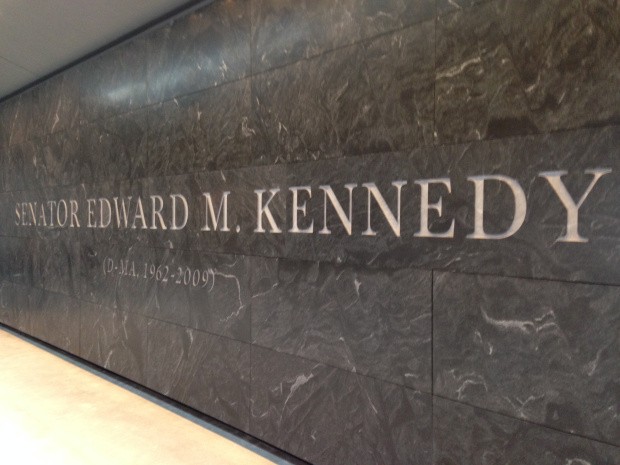 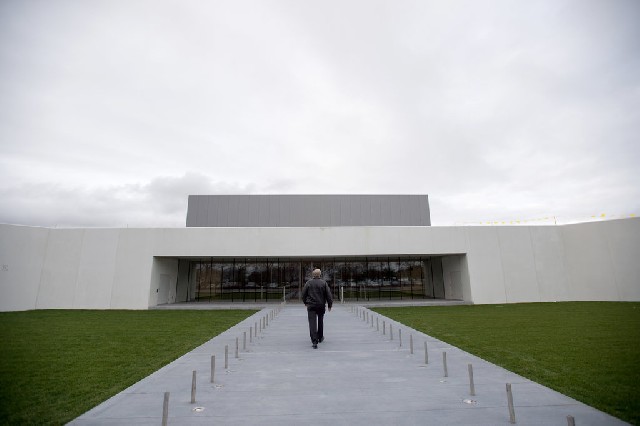 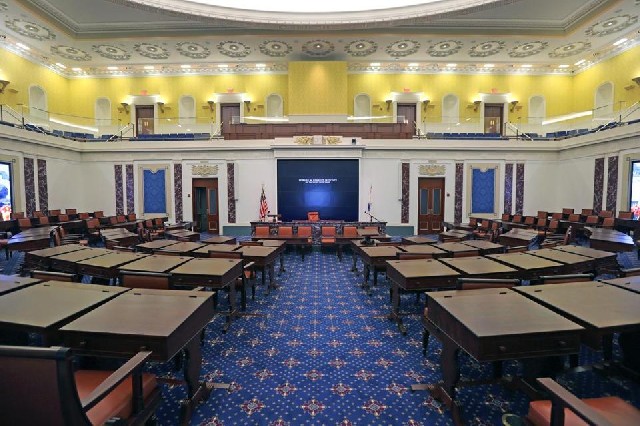 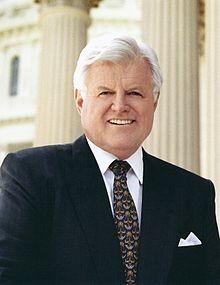 Senator Ted Kennedy in His Prime

When approaching the recently opened Edward M. Kennedy Institute for the United States Senate, a minimalist rectangular structure greets you. Unadorned and clad in white concrete, it has a flat roof overshadowed by a higher grey volume centered on its top.

It is a rectangular, donut-like structure. There is virtually no landscaping, supposedly because of fears of competing with the adjacent, more prominent JFK Library. Not very visually celebratory, this is minimalism just being too minimum. To many, it may make a statement of physically less just being less. But is it?

On the one hand, the architectural simplicity of the new structure continues the visual statement of the older, larger, and more vertical John Fitzgerald Kennedy Memorial and Library. In plan or from above, the plain geometry of the structures form an elegant sculptural whole. But there are some telling contrasts.

When the John Fitzgerald Kennedy Library and Museum opened in 1979, it was greeted as a bold contemporary edifice that celebrated the life and tenure of our 35th President. Its modern, commanding structure underscored the memory of  John F. Kennedy,  the first President to be born in the 20th Century.

Designed by architect I.M. Pei and set on a 9.5 acre site on the tip of the 280-acre Columbia Point Peninsula overlooking the entrance to Boston Harbor and the islands in the east of Boston’s Dorchester Bay, the JFK Library was designed to symbolically memorialize a President who had been assassinated at such a young age. Its spirit was meant to be both contemporary and timeless.

Star architect Rafael Viñoly, who also designed the more visually spectacular Boston Convention and Exhibition Center, has decided to honor the earlier monumental work by making the EMK Institute a simpler, relatively unobtrusive structural statement. The exterior lacks any softening surrounding landscape (there are no trees or punctuating plantings); there are a number of engraved bollards designating states outlining the pathway to a simple glass and stainless steel entrance. The somewhat barren exterior composition suggests a hard institutional bunker, a simplistic geometric rectangle. The site comes off as more of an unadorned mausoleum than a celebratory memorial for a major statesman. The structure cost $78.4 million.

The building’s spare but functional interior, with its neutral background, provides some saving graces. Upon entering, as in many contemporary museums, each visitor is handed a digital pad to wear around his or her neck. Interactive projections and media displays along the 310 feet of interior corridor walls chronicle Senator Edward Kennedy’s 47 year career in the U.S. Senate and the history and operations of that house of the U.S. Congress. Unfortunately, the corridor space feels more like an Ikea showroom than an elegant legislative palace.

The full size “Senate” houses a representation of the United States Senate Chamber. There are 100 seats for visiting “Junior Senators” and a viewing gallery for 386 spectators. This space is only “a representation,” not an actual recreation of the real Senate space. Unfortunately, with the absence of fine furniture reproductions and wall treatments, it looks more like a stage set than a historically patinaed senior legislative chamber. Disappointingly, it also appears to be a place that may not physically wear well.

Moving through the interactive exhibit halls, visitors are invited to engage with large media display walls that link our nation’s history with the legislative timeline of the Senate’s various members, both the distinguished and the quite ordinary. The 68,000 square foot building is intended to serve as a pedagogical portal or gateway to America’s past, its political and social traditions. This interactivity has its merits: students of any age are encouraged to ask questions and learn — through images, exhibits, and role-playing — about the structure and history of American democracy. But the hard surfaces of the corridors may get uncomfortable.

For the EMK Institute, Viñoly drew on complementary forms and colors along with white concrete. The punched out windows echo, but not slavishly, those in the JFK Presidential Library. According to the architect, the two buildings’ similarity but difference symbolizes the brothers’ close but distinct relationship, which mirrors the differences between the legislative and executive branches of our government.

The most humanistic feature of the EMK Institute is the presence of Senator Ted Kennedy’s office. There is a staff desk in a reception room adjacent to the Senator’s homey workplace. There sits the politician’s desk, comfortable furniture, photos of his family and colleagues and various paintings and memorabilia. These exhibit rooms evoke the spirit as well as the career of Ted Kennedy because they suggest his expansive personality — he was a very approachable man. His distinguished, nearly half century long Senate career is made both personal and accessible.

This serves as a contrast to the architectural statement made by the EMK Institute, which is far too quiet and uninteresting visually. Ted Kennedy is not being celebrated the way he should have been in such an intentionally modest work by usually bold architect Vinoly.

However, Viñoly’s understatement contains a powerfully appropriate irony. His less-than-provocative abstract design is a spare, rationally conceived, contemporary memorial to what has now become an increasingly irrational and dysfunctional governmental body.

This article was first published in Arts Fuse and is reprinted by permission from Arts Fuse.