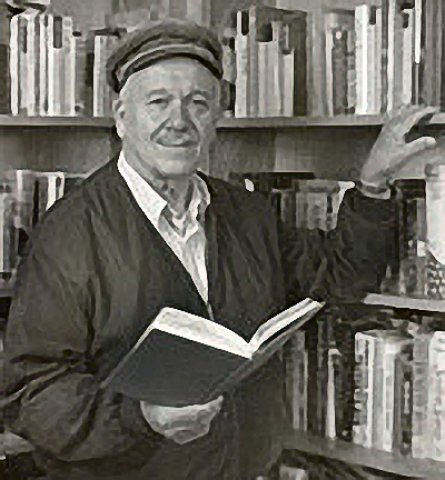 Glenn Loney, a Renaissance man of arts journalism who interviewed hundreds of major artists of the 20th Century around the world and across genres, died at 5 p.m. Monday at his home in New York City at age 89 after battling brain and lung cancer for a year.

His lifetime as a critic and feature writer spanned nearly every art form with articles, books and photojournalism that appeared in literally scores of publications from The New York Times to Opera News – and helped start three venues himself such as Theatre Crafts.

“But theater was his passion, and he considered opera to be theater, and dance to be theater as well.,” said his colleague and close friend Scott Bennett. “He was an extraordinary man. Loney forged close friendships with dozens of theater luminaries like Bertolt Brecht, Gwen Verdon, Gerald Schoenfeld and Hal Prince, Bennett said. He would mention their names as causally in conversations the way most people would refer to their neighbors.

Ingmar Bergman repeatedly flew him to his movie sets for professional interviews, but then kept him for extended personal conversations. The result was a reputation lasting to the present. When he was late returning between acts at “Angels In America” this spring, management held the curtain for him without anyone asking. Years earlier, he pressured Schubert Theatres chief Schoenfeld to turn the endangered Lyceum Theatre into a museum of Schubert family memorabilia.

In his later years, Loney was a walking talking history of western culture, especially theater, opera and the visual arts. His fellow members of the American Theatre Critics Association (ATCA) knew the voluble raconteur for his bottomless storehouse of lengthy stories borne out of an encyclopedic knowledge gathered from personal experience—and shared at the slightest encouragement in a high-pitched scratchy voice. Younger colleagues bemused by his loquaciousness rarely realized the breadth and depth of his knowledge and accomplishments.

But it is reflected in his stockpile of uncounted hundreds and hundreds of taped interviews, photos and reams of notes from interactions with personages encompassing Edward Albee, Lillian Hellman, Arthur Miller, Morris Carnovsky, Katharine Cornell and John Gielgud. “There are two bankers’ boxes filled with cassettes that we need to transcribe,” Bennett said.

Loney’s massive resume in 2006 listed  more than 1,000 magazine and journal articles, 530 reviews, 7 books, 6 unpublished plays, 2 detailed show program notes, editing or contributions to 22 books, and 39 in-depth interviews for Cue magazine. Among the books is a two-volume "20th Century Theatre," a day-by-day chronology of American, British, and Canadian Theatre activity from 1900 to 1980.

Some of his more unusual projects included touring the United States to report on all the outdoor historical dramas, interviewing the artists and technicians of Ringling Brothers/Barnum-Bailey Circus and he once studied every Shakespeare festival in North America.

He was as fascinated in the design aspects of theater as much as the dramaturgical facets. Before his death, Loney, working with Bennett, arranged to endow a prize to be administered through the American Theatre Critics Association (ATCA) to give a significant cash award to a regional theater for outstanding design elements in a specific production. The details of the prize are being fine-tuned in accordance with consultations with him over the past year.

But testimony to his obsession with the visual remains in hundreds of thousands of photographs he took on his many trips to Europe, Asia and Africa, indeed, anywhere he went. Colleagues often smiled at how he lagged behind on any tours of regional theaters and local landmarks, taking scores and scores of photographs of anything that moved and didn’t move.

Loney had a simultaneous as an educator, a profession he usually cited first when introducing himself. He was a Professor Emeritus of Theatre at the City University of New York Graduate Center, and had taught at Brooklyn College, Hofstra University, Adelphi University, San Francisco State College, University of Nevada Southern and the University of Maryland.

Besides his membership in ATCA, Loney was a historian for the Outer Critics Circle, nominator for its annual awards, a member of the Drama Desk, the International Association of Theatre Critics, Dance Critics Association, Theatre Historical Society, the American Society for Theatre Research and the Music Critics Association of North America, Municipal Art Society in New York and nominator for the Society's Brendan Gill Prize.

Glenn Meredith Loney was born Christmas Eve 1928 in the Mother Lode region of California, a state he champion throughout his life as a historical preservationist.

Even as a teenager, he pursued journalism and public speaking, garnering awards and outstanding grades. But his love for theater (and journalism and photography) was cemented studying for a bachelor’s degree at the University of California at Berkeley and studying for a master’s degree at the University of Wisconsin at Madison where his thesis focused on Edith Sitwell. He earned his Ph.D. in Theatre History and Dramatic Literature at Stanford University with a dissertation “Dramatisations of Popular American Novels: 1900-1917.” During this research, he discovered Edith Wharton and Clyde Fitch's lost scripts for the play "The House of Mirth."

After Army service during the Korean War, he was hired to lecture by the University of Maryland Overseas in 1956 and re-established a Maryland theater in Saudi Arabia. Loney taught “Classical Drama in Translation” in Greece to U.S. embassy and armed forces personnel, even being invited later to teach with the famed Greek actress Katina Paxinou.

He embraced some technology including creating university-supported television shows and writing scripts for a weekly radio series about cultural and social news from Germany.

His accumulation of arts memorabilia, tapes and notes is almost boundless, but the information is being preserved for the future. Some 135 linear shelf-feet of files are with the University of California at Davis, his California records are at University of California at Berkeley, his research related to choreographer Jack Cole is at UCLA,,  more research material is at the Philadelphia Public Library and his material about graphic and spatial arts is at the University of the Arts in Philadelphia, rare art and reference books are at the library at the Frick museum, Brooklyn Museum of Art, and to Morgan Library.

That is only a fraction of the papers, books, notes, recording and the like in his apartment that Bennett hopes to catalog, digitize and put up online. Among Loney’s possessions in his study are a file of 15th and 16th century woodcuts, 1950s photos of German concentration camps and two books purportedly printed by Gutenberg.

Loney, who was adopted, has no surviving blood relatives. No services will be held at his request.