Laura Eason at the Rattlestick Playwrights

Right Now Has an Undeniable Sound 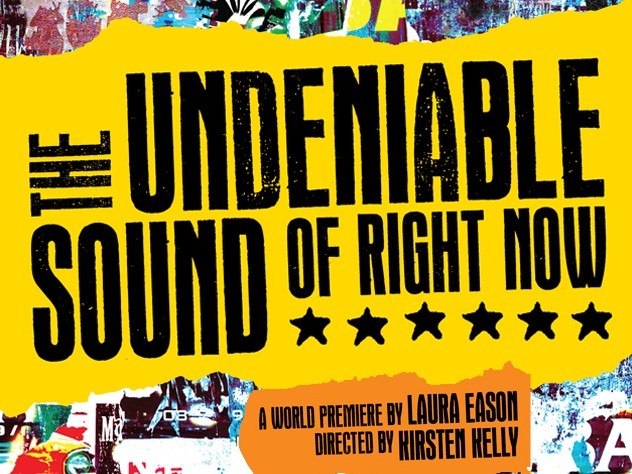 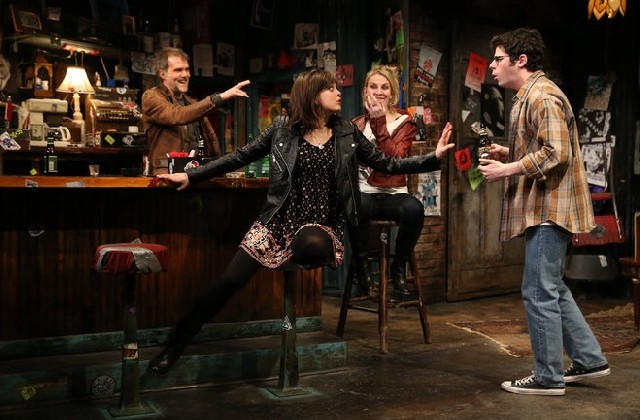 Rattlesnake Playwrights and Women's Project Theater collaborate to present the world premier of Laura Eason's new play.  Twenty years ago Eason was a singer, songwriter and bass player in a pop band in Chicago.  Her band Tart played in venues like Hank's Bar, the setting of this play. Eason has a deep feeling for the power of music to exist in the right now.

Music is endemic to Chicago.  Migration from the south brought the blues to which the north added horns and percussion.  Any style that's deposed will be filled with a mixture of sadness and admiration.  When a disc jockey who mixes platters and mashes them, sometimes scratching the turntable for percussive effect, replaces an instrumentalist, anger may dominate.  It does in Hank's place.

The Hank's Bar set created by John McDermott captures the end of one musical ear.  Bar stools are held together by gaffer tape. Posters and deteriorating purple cushions suggest wear and tear.  So does Jeb Brown as Hank.  He knows his time has passed and he is both accepting and angry.  He has always been in love with his daughter: an innocent, paternal love. This feeling makes his drive to both past and future particularly poignant.

Lena (Margo Seibert) is ready to move on to the mash up of a hip disc jockey.   Yet she is unwilling to leave her father behind.

Lindsay Jones takes on the challenge of music past and future, which is created on stage and off, in a barn like room which we imagine adjoins the intimate bar setting.

Directed by Kirsten Kelly with careful attention  to the pain and difficulty of generational change, the play is full of humor playing over darker undertones.

Luise Staus hovers over the bar as Hank's long time lover and mother surrogate to Lena.

The future of the bar runs parallel to the future of music.  This creates some confusion in the arc of the play.  You often want to ask the characters to get a lawyer.  Real estate problems might have been solved so easily.   If a buyer had simply arrived, a more satisfactory outcome might have been achieved.

This is a lively evening of theater performed with charm and feeling by all the actors.