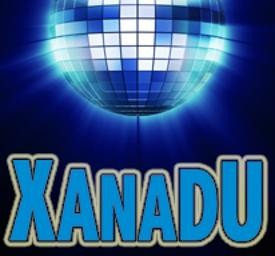 Xanadu next up at SpeakEasy.

The explosive family drama OTHER DESERT CITIES, the Pulitzer Prize-winning play CLYBOURNE PARK, and the Tony Award-winning musical IN THE HEIGHTS are among the five acclaimed shows that SpeakEasy Stage will present in its 2012-2013 Season.

Also on SpeakEasy’s schedule next season are the provocative Broadway comedy
THE MOTHERF**KER WITH THE HAT and the politically savvy and politically incorrect musical BLOODY BLOODY ANDREW JACKSON.

Although no casting has been announced, veteran local directors Scott Edmiston, David R. Gammons, Paul Melone, and M. Bevin O’Gara have signed on to direct at SpeakEasy next season.  Mr. Gammons will handle the season opener THE MOTHERF**KER WITH THE HAT; Mr. Melone will helm BLOODY BLOODY ANDREW JACKSON; Mr. Edmiston will take on OTHER DESERT CITIES; and Ms. O’Gara will oversee CLYBOURNE PARK.  Mr. Daigneault will take the reins on IN THE HEIGHTS.

For more information on SpeakEasy’s 22nd Season or to subscribe, the public can call the SpeakEasy Administrative office at 617-482-3279 or go online to www.SpeakEasyStage.com. Subscriptions are available in 4- or 5- play packages, and 4, 5, and 6-ticket Flex Passes. Groups of 10 or more can place orders now by calling Jim Torres at 617-482-3279. Single tickets for all shows will go on sale in August.

SpeakEasy Stage Company is the Calderwood Pavilion Resident Theatre Company at the Boston Center for the Arts.  Led by Producing Artistic Director Paul Daigneault and General Manager Paul Melone, the company’s mission is to connect, inspire, and challenge its audiences with the most socially relevant theatrical premieres featuring the most talented artists in Boston.

A 2011 Tony nominee for Best Play, The Motherf**cker with the Hat is a ferociously funny play about love, fidelity, and facing one’s demons.   Ex-con Jackie thinks he has finally turned his life around now that he’s sober and has a new job.  But when he finds a strange hat in the apartment he shares with his childhood sweetheart, he is back on the brink in this razor-sharp new comedy from the author of Jesus Hopped the ‘A’ Train, The Last Days of Judas Iscariot, and Our Lady of 121st Street.

BLOODY BLOODY ANDREW JACKSON recreates and reinvents the life of ‘Old Hickory,’ from his humble beginnings on the Tennessee frontier, to his days as our seventh Commander-in-Chief.  Using an anachronism-filled emo-rock score, the show tells the story of America’s first maverick president, who kicked British butt, shafted the Indians, and smacked down the Spaniards, all in the name of these United States.

“…both grandly entertaining and deeply perceptive in its portrait of a loving but dysfunctional American family riven by political and personal differences.”  - Backstage

OTHER DESERT CITIES tells the story of a family where secrets are currency and everyone is rich.  Brooke Wyeth, a once promising young novelist, returns home after a six-year absence to celebrate Christmas in Palm Springs with her parents, who are former members of Reagan’s inner circle, her brother and aunt.   The festivities are short-lived, however, when Brooke announces that she is about to publish a memoir dredging up a pivotal and tragic event in the family's history - a wound that her parents would prefer not be reopened.

Winner of the 2011 Pulitzer Prize and London’s Olivier Award for Best Play, CLYBOURNE PARK is a bold new play about race, real estate and the volatile values of each.  Inspired by Lorraine Hansberry’s classic play A Raisin in the Sun, this acclaimed work explodes in two outrageous acts set 50 years apart. Act One takes place in 1959, as nervous community leaders anxiously try to stop the sale of a home in a white community to a black family. Act Two is set in the same house in 2009, as the now predominantly African American neighborhood battles to hold its ground in the face of gentrification.

Winner of four 2008 Tony Awards including Best Musical, IN THE HEIGHTS is a potent reminder of the importance of chasing one’s dreams and finding where you belong.  Set in New York’s Washington Heights neighborhood, this exuberant show spices up traditional Broadway rhythms with hip hop, salsa, and rap to tell the stories of the passionate residents of this close-knit Latin community.

Subscriptions for SpeakEasy Stage Company’s 2012-13 Season are now on sale.

Early bird rates are good for subscription orders placed on or before June 10, 2012.

Information on all of SpeakEasy’s 2012-13 shows and subscription options can be found by visiting www.SpeakEasyStage.com.

Patrons with subscription questions may also call Jim Torres at 617-482-3279. Tickets to individual shows in SpeakEasy’s 2012-13 Season go on sale in August.

SpeakEasy Stage Company is proud to be the Calderwood Pavilion Resident Theatre Company at the Boston Center for the Arts, (BCA), a nonprofit performing and visual arts center whose mission is to support working artists to create, perform, and exhibit new work; to develop new audiences; and to connect the arts to a broad public. For more information, visit www.bcaonline.org.