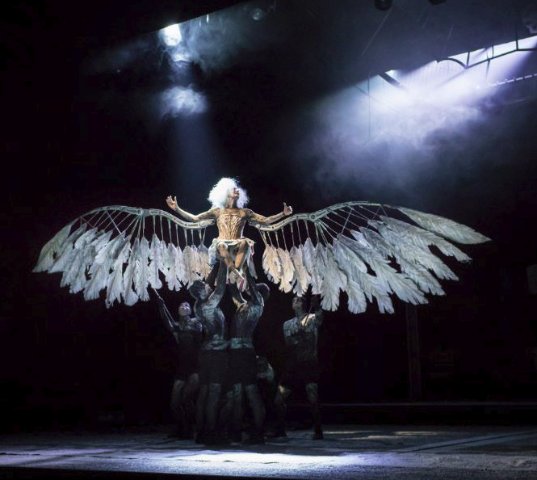 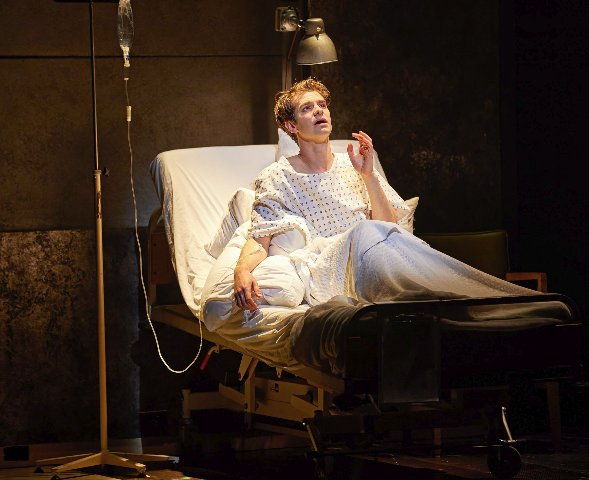 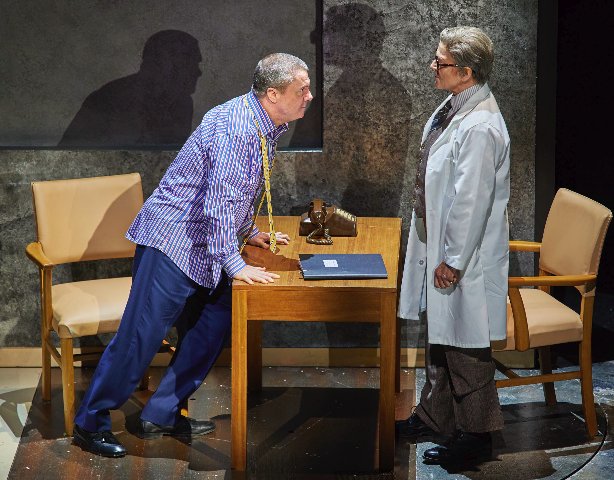 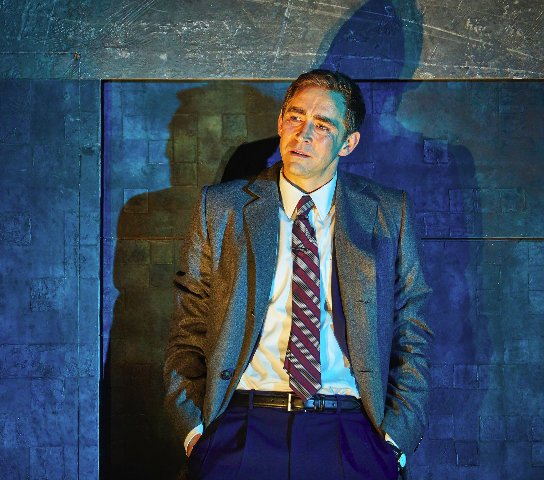 Spectacular acting and fine direction combine in the current production of Tony Kushner’s Angels in America. It is thrilling to see the entire cast on such a high level in this emotional moving and thought provoking epic play.

Angels in America is one of the major theatrical events on Broadway this Spring. The highly acclaimed National Theatre Production is here for a limited run through June. Tickets are difficult to get.

The two parts Millennium Approaches and Perestrokia make for a marathon of theater going (well over 7 hours) but you will leave the theater dazed by what you have seen and heard. You may not find all of it meaningful.

Kushner subtitled the play: A Gay Fantasia on National Themes and it is just that and more. During the course of the play, we follow the early years of the AIDs crises, but we also are plunged into religious and philosophical debates about values, fantasies, God, responsibility on so much more.

A variety of characters are interlinked in multiple ways. We have Joseph Pitt and his wife Harper; she’s mentally unstable and he is a conservative rising young lawyer being touted for a Justice Department position in Reagan years (1985). But he is also becoming increasingly aware that he is a homosexual.

Then there is Louis, a clerk in the government office where Joe works now, and Louis’ lover Prior Walter. Prior – the name comes from a long family history- he says he is the 33rd of that name – is showing early signs of HIV.

Finally, there is Roy Cohn – the lawyer/behind-the-scenes manipulator who came to prominence in the 1950’s Sen. Joseph McCarthy hearings and who made a career of ruthlessness and influential friends. He is Joe’s mentor and pushing him to take the Justice Department job, because he needs a friend there. He feels the raptors are circling. Cohn – though he fervently denied it – was a homosexual well known on the NYC party scene of the period. During Part I, he also is diagnosed with HIV.

But just enumerating these characters and their interconnections gives you only the vaguest idea of the scope of this work.

You may be surprised at the humor, particularly in part 1. Such serious subjects yet so much laughter.

Many of the characters have visions or hallucinations. Harper is convinced there is a man in the bedroom and has other visions. She believes in angels. Prior, as he get sicker and on medication, also increasingly has visions of his ancestors (one killed by the medieval pestilence and one from the later Black plague), but also of an angel that seems terrifying.

In Part 2, the hallucinations increase as both Prior and Cohn become sicker, Joe acts on his impulses, and Cohn is hospitalized and his ethical lapses catch up with him.

Each play is broken into three acts with two intermissions.

Interestingly, each play begins with what seems like a non-sequitur. Part 1 begins with an elderly rabbi officiating at the funeral of an elderly woman whom he admits he knows nothing about. The woman, we learn, is Louis’ grandmother.  Likewise, Part 2 begins with a speech by an elderly Russian soldier at a political rally. We then plunge back to the US and the deteriorating health (both physical and mental) of many of the characters. Remember, perestroika was the term used during the Mikhail Gorbachev era for the reformation of the communist party from within.

Just this alone can keep you pondering for hours. Is Kuhner talking about the reformation of America who he seems to feel has lost its way?

Director Marianne Elliott has made some choices that are problematic, particularly the Angel that is so central to the symbolism of the piece. This angel does not look typically angelic. Instead The Angel looks more like a combination of an avenging Angel and a harpy. She doesn’t have gossamer wings. Her wings are dark and look more like bird wings or even the skeleton of wings of prehistoric creatures. They are held and manipulated by cast members.

But central to the success of this play is the performance. Here we are blessed. Nathan Lane gives us a Cohn who is manipulative, ruthless and also, in a strange way, powerless as his downfall both politically and physically takes place. At times, against your better judgment, you even can feel pity for him.

Andrew Garfield is equal to the task of Prior Walter, the man at the center of play. His nuanced performance catches us by the throat; however, James McArdle as his partner Louis, doesn’t quite match his intensity.

The role of Joseph Pitt is a tough one – he is by turns likeable and dislikeable, easy to feel pity for yet also easy to distrust. Lee Pace brought out all the facets in this role. It is a very fine performance.

Women don’t play a major role in this work with the exception Pitt’s wife Harper played by Denise Gough. It’s a good performance of a woman teetering on the brink of a severe mental condition. Susan Brown plays a variety of roles including the Rabbi who opens Part I and the Old Russian soldier who opens part 2 and as Joe Pitt’s mother. She is effective in all of them.

Angels in America is a must see for theater lovers. Afterwards you may debate whether this work lives up to its reputation. If it doesn’t, it is not the fault of this production.

It is at the Neil Simon Theatre, 250 W. 52nd St. For tickets visit ticketmaster.

Posted courtsy of Two on the Aisle.