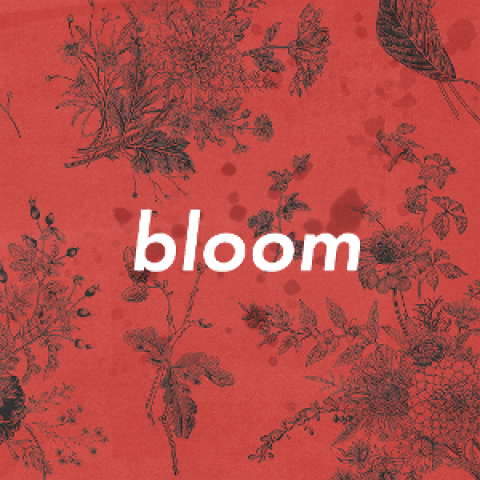 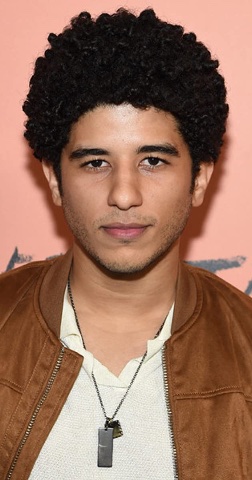 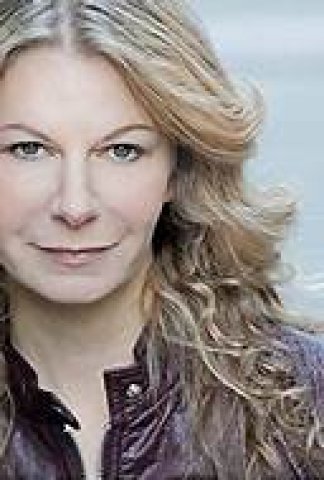 Monica Steuer is the mother in Bloom

The scene is a stark simply furnished kitchen. In keeping with the simplicity of setting typical of IATI's approach to drama, the mood of the actors sets the scene. Perez keeps us in emotional motion in this one act two character intensely dramatic piece. Lynne Koscienlniak (Set Design), Miguel Valderrama (Lighting Design) and Michael Hernandez ( Sound Design) work seamlessly to maintain the simple stark stage physically dynamic.

We see Roan (Rafael Beato) motionless and silent, a bleeding icon seated at the kitchen table. He has been badly beaten up. His mother Julia (Monica Steuer), wrapped in a well-worn bathrobe, raves at the top of her lungs as she stalks wildly around her kitchen. His silence and her screams speak of their private agonies. They inhabit a small but broken space, and it is through this perspective that the tale is told.

The story is placed in “the not so distant future”, a dystopian exposition of the legal persecution of people with non-binary sexual and gender orientation. Julia completely rejects her son's sexual reality. Roan has been taken away by the authorities, imprisoned and tortured.

We learn that neighbors, family members and 'friends' have been responsible for turning him in. It is only a matter of hours before he will be picked up and returned to prison.

The complicity of his mother, Julia, in his arrest is the pivoting question. Steuer maintains the driving energy of a mad woman.  We are dragged skillfully through her many realities. Beato is interesting to watch as Roan's most vulnerable corners are revealed.

Michael Piatkowski's simple costumes and Barbara Kent's make-up support the character development, as Julia strips and Roan heals. The unbearable burden of motherhood, and Julia's need to freeze time in that time when he was hers alone fill us with both hope and foreboding. Did the boy's adolescent need for privacy rip apart the bonds? Was it Julia's public display of her sexuality that took away the mother he needed?

This is not only a mother son conflict, but a revealing expose our social hypocrisies. Julia's home is decorated with crosses-- symbols of a religion she believes she is following by rejecting her son. Yet we find that her life has been filled with short lived liaisons, and promiscuous encounters which border on prostitution.

Roan defines himself not as bi-sexual but pan-sexual. By placing the sexual behaviors of the characters at the extremes of their defining sense of self, Rodriguez demands that we look for love in the tangled architecture of their lives. Both their love and their conflict turns brutal.

Fight Choreographer Brent Shultz gives us a jarring taste of murderous moments without gore or sensationalism. The nature of the conflict throws a harsh spotlight on the most basic love, that of a mother for her child. Does society control our deepest emotions? Do we have enough love to survive harsh times? Is that deepest love a powerful enough force to redeem us in each others eyes? Perez' direction gives us moments of pause, just wide enough for these questions to emerge from the drama.

At a time is our own history where some state laws are threatening both the dignity and the livelihoods of their residents based upon sexual orientation, this drama is both frightening and timely.