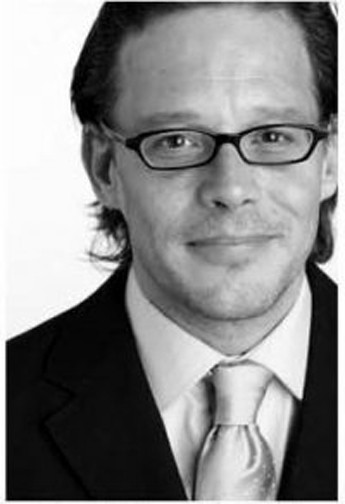 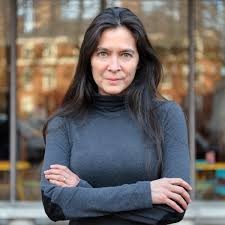 “After completing an extensive national search, we are elated to have landed Billy Russo as the A.R.T.’s new Managing Director,” said Don Ware, Chairman of the A.R.T.’s Board of Trustees. “Billy is an accomplished, nationally recognized theater professional who knows the business inside and out.

He is universally respected in the arts community for his financial acumen and strong leadership skills. Billy is the perfect choice to partner with Diane Paulus and the trustees to help guide the A.R.T. to even greater achievements in the yearsahead.”

“I am so pleased to have Billy join our team,” commented Paulus. “It was clear to me and members of the search committee that his experience, energy, enthusiasm, and innovative thinking would align with our vision for the A.R.T. I am incredibly excited to have his guidance and partnership during this important time at the theater.”

Russo added, “I am beyond thrilled to join the American Repertory Theater to help add to the deep, rich and ever-evolving contributions that the organization continues to make to the American and world-wide theatrical landscape. I have watched and admired the many recent A.R.T. achievements under Diane's leadership and it is truly anhonor to be welcomed into this company at this point in its illustrious history.”

Russo continued, “I will relish the opportunity to partner with her to expand on those achievements and deepen the theater's engagement with Harvard and the Cambridge and Boston communities."

Russo joined New York Theatre Workshop in 2008 as its Managing Director having previously served as the General Manager of Playwrights Horizons. Prior to that Russo served as Associate General Manager for Manhattan Theatre Club.  He also spent some five years working in London’s West End as an associate producer with David Pugh Limited.

Russo is an Adjunct Assistant Professor in the Theatre Division of Columbia University’s School of the Arts and a member of the Board of the League of Off-Broadway Theatres and Producers. He is a graduate of NYU's Tisch School of the Arts.

The A.R.T. is dedicated to expanding the boundaries of theater. Winner of the 2012 Tony Award for Best Musical Revival for its production of The Gershwins’ Porgy and Bess, the A.R.T. is a leading force in the American theater, producing groundbreaking work in Cambridge and beyond. The A.R.T. was founded in 1980 by Robert Brustein, who served as Artistic Director until 2002, when he was succeeded by Robert Woodruff.

In 2008, Diane Paulus became the A.R.T.'s Artistic Director. The A.R.T. is the recipient of numerous other awards including the Tony Award for Outstanding Regional Theater, the Pulitzer Prize, and many Elliot Norton and I.R.N.E. Awards. Its recent premiere production of Death and The Powers: The Robots’ Opera was a 2012 Pulitzer Prize finalist.

During its 32-year history, the A.R.T. has welcomed many major American and international theater artists, presenting a diverse repertoire that includes premieres of American plays, bold reinterpretations of classical texts and provocative new music theater productions. The A.R.T. has performed throughout the U.S. and worldwide in 21 cities in 16 countries onfour continents.  The A.R.T. is also a training ground for young artists.

Since becoming Artistic Director, Diane Paulus has enhanced the A.R.T.’s core mission to expand the boundaries of theater by continuing to transform the ways in which work is developed, programmed, produced and contextualized, always including the audience as a partner.

Productions such as Sleep No More, The Donkey Show, Gatz, The Blue Flower, Prometheus Bound, The Gershwins’ Porgy and Bess, and Pippin have engaged audiences in unique theatrical experiences. The A.R.T.’s club theater, OBERON, which Paulus calls a second stage for the 21st century, has become an incubator for local and emerging artists, and has also attracted national attention for its innovative programming model.