Agita of the Artist Martin Mugar 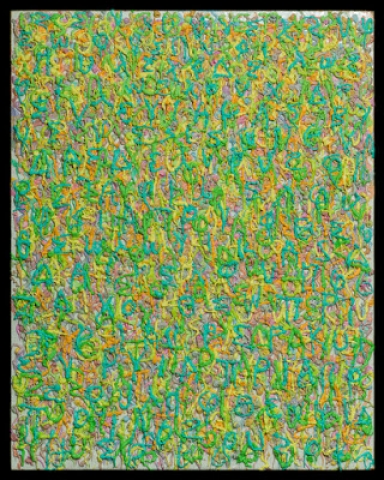 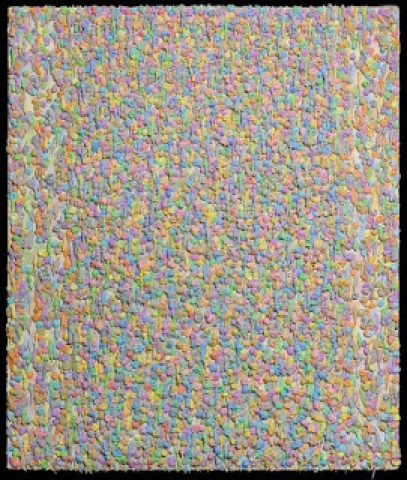 Conversations at the Bow St gallery in Cambridge, once the most interesting alternative art space in the Boston area, were a fertile source for interesting blog posts. Owner/Artist, Addison Parks would bring groups of artists and art dealers together and the discussions that transpired were often lively. I would typically stand back and observe the banter. I could not keep up with the rapid repartee between Addison and book dealer/gallery owner John Wronoski. The late artist Larry Deyab once observed that all that back and forth was reminiscent of a Pinter play.

I recently participated in a curated show at an art center in VT. I had no great hopes for the work being purchased or written about as it was too far from the art circles of Boston. However, toward the end of the show the art director informed me that a local collector had taken an interest in my painting. He wanted to hang it in his home for a trial run to see if it stood the test of time, so to speak. The painting belongs to a body of work that is recent and more complex in its use of color that has slowly evolved from bubble gum to richer and more saturated colors with marks transmogrifying into the cyrillic alphabet.  I was flattered that here was a collector in the Vermont woods who could possibly “get it”, even as it turned out, only for a week or two.

I had on occasion wanted to broadcast the potential sale to family and friends but I have become a laconic Yankee and knew not, to use the cliché barnyard saying that a Vermonter might appreciate, to count your chickens before they hatch. I was curious nonetheless to know what had happened and instead of stoically accepting the verdict asked the director what had led to the collector’s change of heart. She divulged that it was in fact the collector’s nine years old daughter who was smitten with the work and wanted her reluctant father to purchase it. I envisioned a young aesthete stamping her foot down stammering “I wanting my painting and I want it now”. What she loved about it were in fact characteristics that I thought were no longer part of my work: the candy color and bubbly strokes applied with a cake decorator. “No daughter you can’t have a painting with the rainbow colors of the Little Pony.”  I assume to have a painting with such cloying infantile traits was more than he could stomach even if it might please his daughter. Anyway, realist that he presumably is, he knew that one day she would out grow it and like all her childhood toys it would be relegated to attic clutter.

Is there a moral to this story? Although certain critics have deciphered a hidden sinister aspect to my work that is being covered over by the colorful strokes applied with a pastry applicator (Rosanna Warren) or a sense of time in the paced application of my strokes (David Raymond) , my paintings have made several people angry to such a degree that they felt compelled to comment on my blog how repulsively saccharine they appear in color and mood. Or in the case of one artist/ critic, whom I was hoping would review my work in “Art New England", he had no idea what they were about. He just drew a blank. The use of my candy colors elicited excited responses in Provincetown years ago, where they were shown at DNA. Cate Mc Quaid in ”The Globe” responded twice to the  sensuality of the work. First in a show curated by Charles Giuliano. In her second review she found the sensuality was over the top. From my perspective the paintings challenge the typical viewer who is habituated to color used in optical color swatches in so much of the “Shake and Bake” abstraction that I see on line. My use of color eliciting synesthesia to merge appetitive and visual experience appealed to the hedonistic P’towners. But what if this child aesthete saw in the work something that partakes of the dichotomy between innocence and experience. Barbara O'Brien, currently director of the Kemper Museum, quoting Milton, titled the show of my work that she curated: "A Wilderness of Sweets". Addison Parks has pointed to my predilection for the feminine on several occasions in his reviews of the work on Artdeal and from the inception of this style at Crieger Dane in 2000 saw a paradisiacal return to the Garden.

Assuming that my premise is correct that what the nine year old girl saw in the work is analogous to the simple and innocent joys of a childhood toy like the “Little Pony”, I am reminded of analogous pleasures in Blake’s “The Lamb” : The mood of Spring, eternal recurrence of the prancing newborn lamb’s sheer delight in being alive. What is interesting is that this poem is spoken in the persona of a child:  ”I a child & thou a lamb”. It universalizes the spirit of the child’s and lamb’s innocence. What is this innocence? Why must innocence exist, when the lamb’s frolics in the green of Spring, end only in its  slaughter as a Spring lamb a few months later? Let us all be realists and scowl at the girl’s love of her little pony. The sooner she gets over it the better. As Beckett imagined, the newborn drops right from the womb into the grave.

Little Lamb who made thee

Dost thou know who made thee

By the stream & o'er the mead;

Gave thee such a tender voice,

Making all the vales rejoice!

Little Lamb who made thee

Dost thou know who made thee

He is called by thy name,

For he calls himself a Lamb:

He became a little child:

We are called by his name.

For Blake, Christ was both a child and a lamb putting the innocence of the child and the lamb of the poem a priori in the realm of the godly. One cannot be a lamblike or a childlike without that innocence of God, which raises the question: what then is experience without innocence? Experience can only be a loss of innocence. Why do I in my painting linger in this realm of peachy keen colors if not to insist on the importance of this innocence that precedes experience. Or once out of the preternatural childhood realm of innocence can you ever get back to the garden? Can we move backward from experience to innocence so that innocence can be experienced at deeper and deeper levels as Nishitani says is possible with Nothingness?  Maybe the way back to the garden is to try to abandon the ego that one must have in relation to one’s interaction with the world. Is experience only the illusion of the shadows in Plato's cave. created by the light of pure innocence that we, so fixated on the here and now, cannot fathom?