Toulouse Lautrec and the Stars of Paris 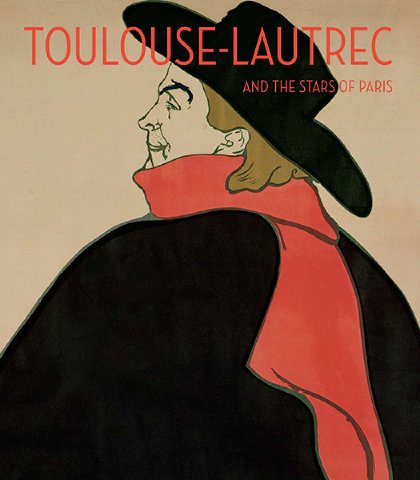 Aristide Bruant in his Cabaret. Images courtesy of the MFA and BPL. 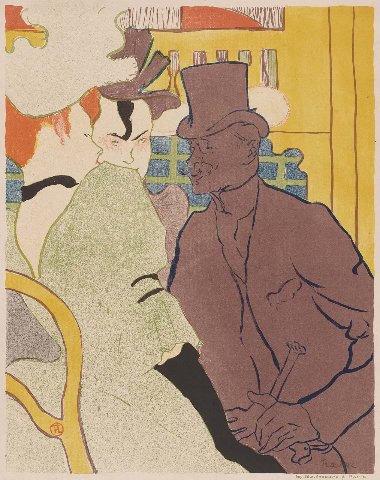 The Englisman at the Moulin Rouge. 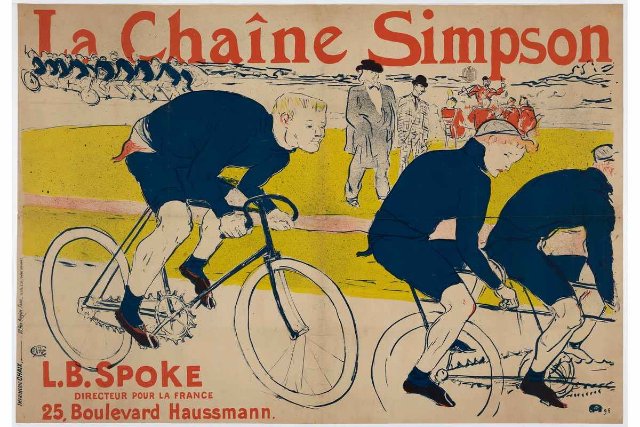 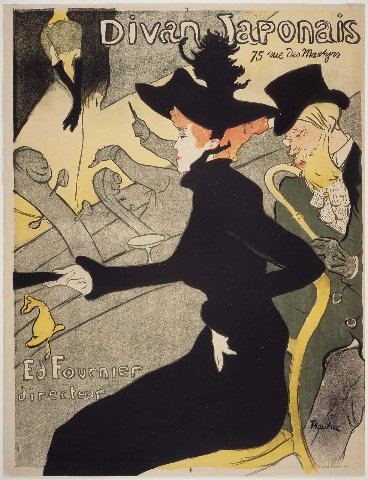 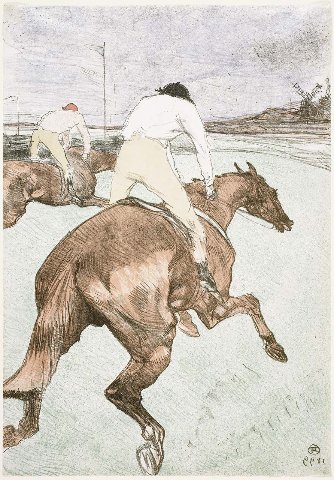 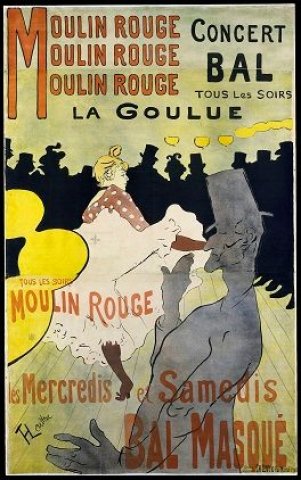 Born into a noble family, Henri Marie Raymond de Toulouse-Lautrec-Monfa (24 November 1864 – 9 September 1901), was known professionally as Henri de Toulouse-Lautrec. Generations of inbreeding resulted in rare medical disorders. When both legs were broken in childhood, despite numerous procedures, they failed to heal. As an adult with a normal torso he was just 4ft 8in.

In 1867, a brother was born who lived a year. His parents separated and he lived with his mother in Paris. He was in line to inherit the title of comte. Chronic illness meant that he was unable to pursue a profession appropriate to his social rank. From the age of eight he displayed ability in drawing. His mother supported his career and established a museum after his death.

In a career of some 15 years the artist created an enormous oeuvre of a thousand paintings and water colors, five thousand drawings, 350 posters and numerous prints.

The special exhibition “Toulouse Lautrec and the Stars of Paris” is a collaboration of the Museum of Fine Arts and The Boston Public Library. Their great combined depth in prints and posters is supplemented with loans from other museums. In addition to his signature graphic works the exhibition is expanded with paintings, photographs, and sculptures by other impressionist and post impressionist artists.

There are several newly restored films by Auguste and Louis Lumiere. They were contemporaries of Toulouse Lautrec who survived into the mid 20th century. There are large projections of innovative motion pictures. A street scene of Paris with carriages has a lively sound track. Two others focus on iconic dances, the Can Can, and one of many followers emulating the serpentine dance of the Chicago born Loie Fuller.

The “Stars” of the exhibition focuses on his involvement with cabaret, dance hall, and theatrical performers Yvette Guilbert, Jane Avril, Aristide Bruant, Marcelle Lender, May Belfort and Loie Fuller.

This populist exhibition of an accessible, beloved artist is a gift to the citizens of Boston and Everett as well as the general public. During the month of June, holders of BPL library cards (two adults and up to six children) are admitted free. Due to the sponsorship by the soon to be opened Encore Boston Harbor residents of Everett, where it is located, and its employees are admitted free during the run of the show through August 4, 2019.

The technique of lithography was invented in 1796 by German author and actor Alois Senefelder. During the fin de siècle in the City of Lights it was developed as a means of creating large format, cheap, multi colored advertising posters. Toulouse Lautrec embraced commercial commissions as a means to supplement support from his family.

Rarely straying from bohemian Montmartre with its array of brothels, bars, cabarets and music halls there was a means of celebrating the demi-monde that he inhabited. While high born, his deformity was camouflage to observe close at hand, with uncanny wit and insight, the colorful underworld of entertainers, whores, johns and apaches.

Lithography, some of enormous scale, was a perfect medium. The artist draws directly onto smooth limestone slabs with greasy crayon or ink (tusche). The stone is then etched so that areas not drawn upon retain water. When greasy ink is rolled on it is repelled by wet areas. To make multi colored posters separate stones are layered in registers.

The first commission “Moulin Rouge: La Goulue,” 1891, (190 x 116.5 cm) is the largest poster in the exhibition. While impressive in scale it lacks the succinct, graphic punch of, for example, versions of Aristide Bruant just two years later. A pair of these posters, among the strongest in the exhibition, dominate the first gallery of the exhibition.

While the only male of the “Stars” in this show, the cabaret artist known for insulting audiences, was a remarkable showman and self promoter. He dressed with minimalist flair featuring a black cloak, broad brimmed black hat, and a swath of red affected by a flamboyant scarf. Of these elements Toulouse Lautrec created a compelling “pop” icon. It is so stunning an image that it makes one think of Warhol’s signature “Marilyns.”

Compared to the powerful, masculine Bruant the many posters and luxury prints of the women entertainers are more challenging, nuanced and complex. It took greater observation and insightful, often sketchy rendering, to capture the nuances of their personas.

There are many intriguing negatives that comprised Yvette Guilbert. She wasn’t much of a singer and half spoke her material. Her body was scrawny and flat-chested. The artist exaggerates her sharp beak of a nose and pointy chin. It is said that what she lacked in looks and talent was overcompensated by charisma. One must look long and hard at what he sees in her. They are not in any sense pretty pictures.

The British cabaret star, Jane Avril, was a skilled and graceful dancer. The images of her are more attractive. Another Brit, May Milton, was also said to be short on talent and beauty. During Picasso’s early Lautrec period her familiar poster is depicted on the wall of the studio in his 1901 “The Blue Room.”

In engaging these celebrated women there are graphic stylistic shifts. In order to depict images it appears that he haunted them the better to capture their essence. His interest in Marcelle Lender is described as an obsession. With the stage name of Anne-Marie Marcelle Bastien she was beloved as a star of opéra-bouffe or light opera.

For the German arts magazine he created a technically complex, delicately colored, layered profile portrait. It was poorly received and the coeditor who commissioned it, Julius Meier-Graefe, was fired. When Lautrec offered another portrait of her she rejected the gift. She told a friend that he was a “horrible man.”

He may well have been but overcame a brief life of excruciating pain to leave a remarkable body of work. A small, tormented man cast a giant shadow.

This article was first posted to Boston's Arts Fuse.