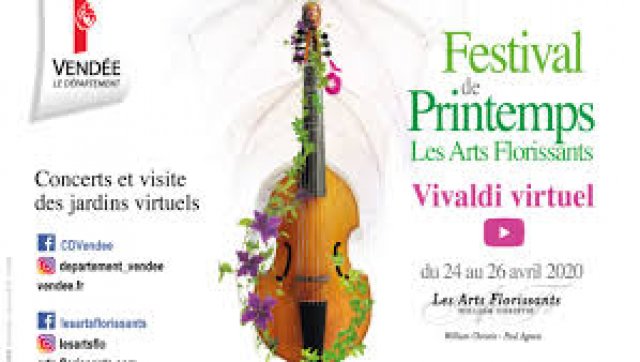 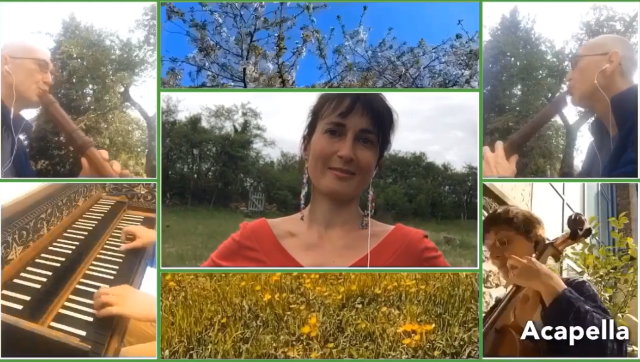 Captivating music in a sparkling setting. 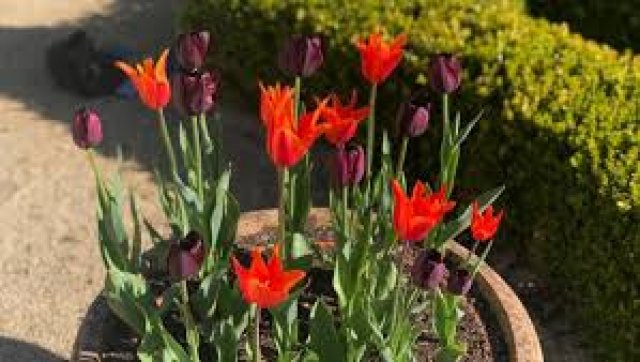 Tulips in William Christie's garden, which we tour. 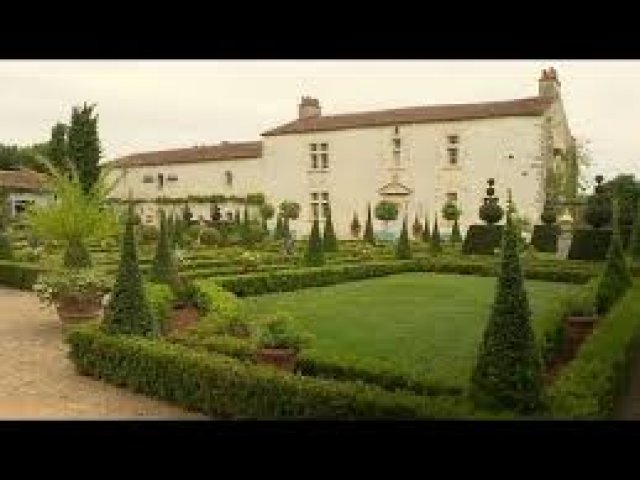 The Christie home in France 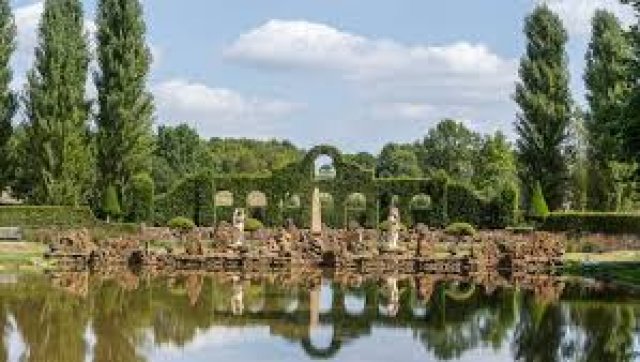 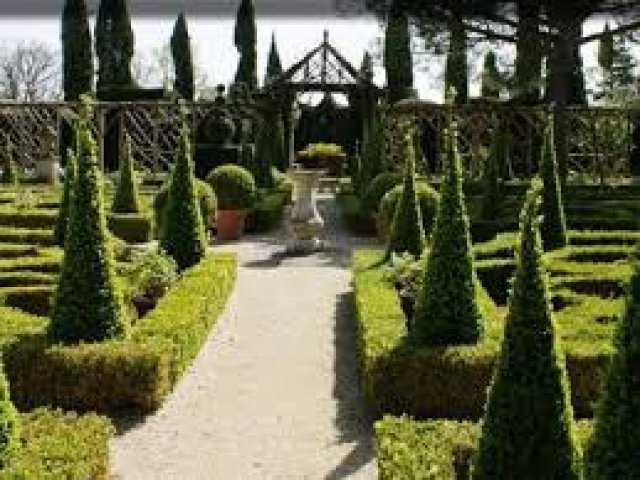 Topiary at Thire in the gardens 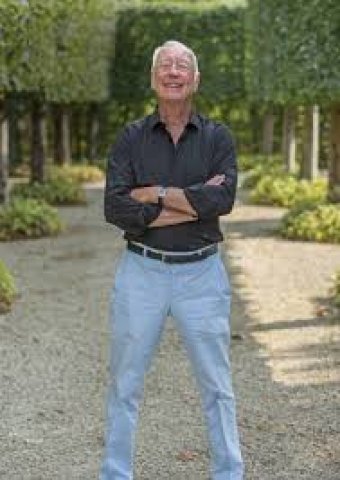 Tried and true adjectives about Les Arts Florsisants come immediately to mind as the group greets us virtually for their spring festival.  For anyone cooped up inside, the tour of William Christie's gardens is delicious.  Sounds sparkle, sonic-scene painting in music rivals the estate's topiary.  The music of Corelli, Vivaldi and Pergolesi is pictorial, vivid and emotionally immediate.

You could start in the gardens and watch oranges, lemons and kumquats grow.

Then the Sanctus from Vivaldi’s mass, conducted by Paul Agnew, is offered, with members of the ensemble outdoors, in gardens, at home, greeting us to the beat of Vivaldi.  Sounds sparkle, sonic-scene painting in music rivals the estate's topiary.  The music of Corelli, Vivaldi and Pergolesi is pictorial, vivid and emotionally immediate. The judgment of both Christie and Agnew is immaculate.

Pergolesi's Stabat Mater Dolorosa has remained potent over four hundred years.  Its power is greater than its story.  Pergolesi was living in a Franciscan monastery and about to die, probably of tuberculosis.  He was just 26 years old.  Ten years after it was composed, J.S. Bach performed the work at Leipzig.  Wonderful singing and glorious solos by Jessica Niles and countertenor Theo Imart provide an exquisite meditation.

Stabat Mater, by Antonio Vivaldi comes to us from a home.  Jakub Jozef Orlinsky, as countertenor, sings "Eja mater, Fons amores."  He is accompanied at the piano.  Orlinsky is barefoot, which adds a visual purity to his words.  His tones, sung legato, are reverent and display an instinctive feeling for the music.  It is both sensuous and still.

The Annunciation from the Grand Venetian Mass of Vivaldi is conducted by Paul Agnew, with Glorias that have never seemed so heartfelt and yet crisp to join the brass.  "In excelsior Deo" is blasted beautifully by voices which are followed by the horns. Vivaldi's poetry is familiar and exhilarating.

The Cafe concert is the most elaborate video realization. As the music moves, so too does a small model train. It toots from south and east of Thire, Christie's home.  Traveling north it joins with the videographers.  On the way west, a lady sits on a bench.  Cupping her hand over her face, she slowly releases gold clouds from her palm.  A live rabbit appears and is soon accompanied by a chocolate companion in tin foil. An overhang of tree tops is suddenly shot through with light.  Interspersed is material woven like the music.  We connect with an archer, his bow and target, heading home.  All this is gracefully balanced and expressive.  This piece has a flamboyant grace.  The programs are striking and uplifting, a virtual treat.