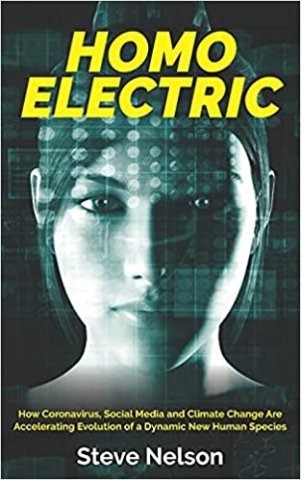 The species that you and all other living human beings on this planet belong to is Homo sapiens. During a time of dramatic climate change 300,000 years ago, Homo sapiens evolved in Africa. Like other early humans that were living at this time, they gathered and hunted food, and evolved behaviors that helped them respond to the challenges of survival in unstable environments.

Anatomically, modern humans can generally be characterized by the lighter build of their skeletons compared to earlier humans. Modern humans have very large brains, which vary in size from population to population and between males and females, but the average size is approximately 1300 cubic centimeters. Housing this big  brain involved the reorganization of the skull into what is thought of as "modern" -- a thin-walled, high vaulted skull with a flat and near vertical forehead. Modern human faces also show much less (if any) of the heavy brow ridges and prognathism of other early humans. Our jaws are also less heavily developed, with smaller teeth.

For millions of years all humans, early and modern alike, had to find their own food. They spent a large part of each day gathering plants and hunting or scavenging animals. By 164,000 years ago modern humans were collecting and cooking shellfish and by 90,000 years ago modern humans had begun making special fishing tools. Then, within just the past 12,000 years, our species, Homo sapiens, made the transition to producing food and changing our surroundings. Humans found they could control the growth and breeding of certain plants and animals. This discovery led to farming and herding animals, activities that transformed Earth’s natural landscapes—first locally, then globally. As humans invested more time in producing food, they settled down. Villages became towns, and towns became cities. With more food available, the human population began to increase dramatically. Our species had been so successful that it has inadvertently created a turning point in the history of life on Earth.

While technology has developed the anatomy of Homo sapiens has not or if so at a glacial rate.

The Berkshire based media entrepreneur Steve Nelson posits that we rethink the classic tenets of evolution to acknowledge the rapid development of technology, cultural evolution and the enormous impact of consequent social interaction.

While not a scientist he has extracted from the literature past and recent. The brief but dense text connects the dots of contemporary theorists in the field. There is the foundation to consider of the studies of natural selection of Charles Darwin (1809-1882) and Gregor Mendel’s (1822-1884) law of independent assortment.

Written for the general reader it will be of interest to scientists as well as laymen. Engagingly the book is laced with contemporary context as humanity is challenged by devastating phenomena from the Covid-19 pandemic to global warming and climate change.

While an undergraduate at Cornell University he participated in field research in Peru. Living with indigenous people the day was defined by the rise and fall of the sun. The diet was based on ancient grains and potatoes.

Returning to suburbia with all of its bells and whistles had a lasting impact. Recalling that formative experience he came to focus on the defining element. It was a lack of electricity.

Considering society before the industrial revolution humans interacted and communicated face-to-face. Eventually there was postal service but news traveled slowly.

Electricity changed that starting with the telegraph, Atlantic cable, wireless and telephone. Fast forward to our dependency on the internet, computers, smart phones and social media. Try to imagine enduring the pandemic without these devices. Kids are home schooling and parents are working remotely.

This social patterning is so profound that it is likely never to return to pre-pandemic models. Workers are not snarled in traffic twice a day. They are arguably more productive at home and can apply flex time to family needs. Meetings are conducted efficiently on Zoom. There is less demand for expensive office space.

The anatomy of our species has not evolved but what Nelson defines as Homo electric is very different from our ancestors. That change or “evolution” is as rapid as a generation. Born in the 1940s the author and I grew up with first radio then television. The early sets had small screens with few stations and quirky reception. There was a learning curve as we bought our first computers and learned how to send e mail.

Our grandchildren are totally electric, plugged in and savvy. I and most of my peers have mastered enough technology to get by.

At Cornell Nelson was a math major and went on to Harvard Law School with a focus on constitutional law. But he pursued a broadly eclectic career primarily in media and marketing including cable television and solar energy. There was a colorful counterculture phase as rock concert producer.

All of that first hand knowledge and experience is woven into a lively and evocative narrative.

Chapters get spun off as sketches including the development of computers. It is stunning to realize how recent that was. There is even a side trip into how rock went electric. From down on Stovall’s Plantation Muddy Waters migrated to Chicago and plugged in an amp. From there it was a stepping stone from Chess Records to the British Invasion.

While Nelson makes a compelling case for Homo electric it’s less than universal. Much of the Third World remains powerless in every sense. Were he to revisit that village in Peru it is likely that not much has changed.