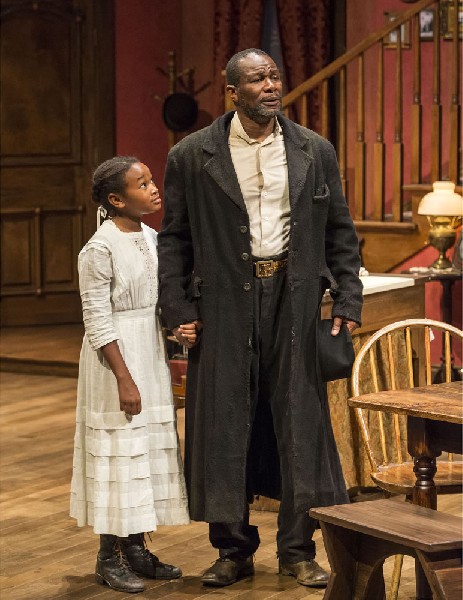 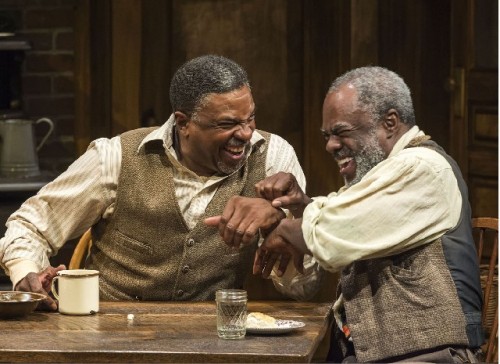 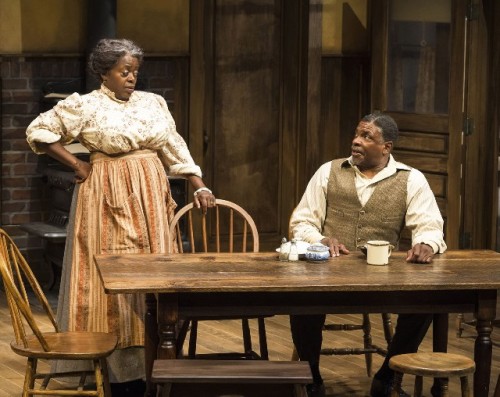 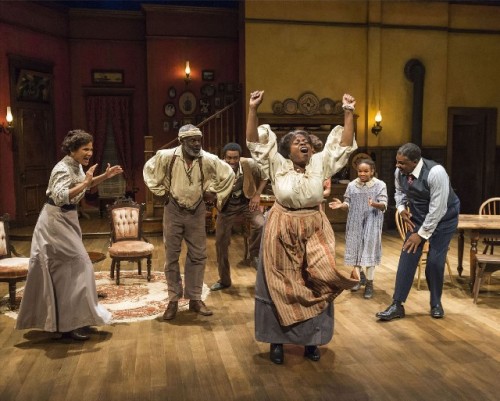 “Joe Turner’s Come and Gone” is the second play in the cycle of the late great playwright August Wilson’s “Pittsburgh Cycle” – a series of ten plays, nine of which, are set in the Hill District of Pittsburgh; each in a different decade. It is being performed at the Mark Taper Forum in Los Angeles through June 9.

Wilson was a poet, a writer, and a playwright, arguably the finest observer of African-American life of the twentieth century. He was the recipient of two Pulitzer Prizes in Drama for his work, along with a slew of awards and honors: NY Drama Critics, Tony nominations and Tony wins for “Fences”, in 1985 and for “The Piano Lesson”, in 1990, among other plays in a distinguished, but too short, literary life. He was just 60.

This revival production, lovingly, intelligently, and seamlessly directed by Phylicia Rashad, is blessed with a splendid ensemble cast which vividly bring to life Wilson’s richly textured tale of southern freed slaves who move north settling in Pittsburgh, PA, in search of new lives. Set in 1911 (just 46 years after The Civil War), it tells the story of Herald Loomis (a towering performance by John Douglas Thompson) who after serving seven years hard labor, has traveled to the North with his young daughter Zonia (Skye Barrett) and arrives at a Pittsburgh, PA boarding house filled with memorable characters who aid Loomis in his search for his long-lost wife Martha (a lovely Erica Tazel), as well as his peace of mind, and a path of freedom away from inner demons.

The boarding house, run by Seth Holly (a nicely-drawn turn by tall, imposing Keith David) and his wife Bertha (Lillias White, a warm but no-nonsense “earth mother”), and their boarders who include:  Bynum Walker (a wonderfully fey and nuanced little gem of a performance by Glenn Turman), Jeremy Furlow a newly-arrived-from-the-South, young and eager man played by Gabriel Brown, and a young and independent woman Molly Cunningham (a stunning looking Vivian Nixon) out to make her mark in life.

Passing through the neighborhood on a regular basis selling pots and pans, and helping to locate relatives of the newly arrived from the South, is peddler Rutherford Selig (Raynor Scheine, who originated the Selig role in the Broadway production twenty five years ago), Mattie Campbell (January LaVoy) a very needy and dependent woman trying to find the man who walked out on her, and the little next door neighbor boy Rueben Mercer (played by a very confident and experienced Nathaniel James Potvin).

The principals: Glenn Turman, Keith David, and Lillias White, are standouts. However, the evening belongs to a mesmerizing and gifted John Douglas Thompson as Herald Loomis.  From the moment he steps on stage, dressed like a character out of a Clint Eastwood spaghetti western – wide brim, black hat and long black coat – we know we’re in for a special evening of theatrical magic; from all concerned. It’s truly a magnificent performance of confidence, and control from an actor who knows how to inhale and exhale the compelling and powerful August Wilson dialogue.

In Thompson's scene in Act I with the vulnerable Mattie, understatedly played by LaVoy, the air fills with charged particles of electricity as he begins to feel her presence as a desirable young woman. Without a word being spoken, their moments are achingly and tenderly rendered.  Again in Act II, at the end of the play with Erica Tazel as Martha, their on-stage chemistry is literally palpable. The affecting scene just cooks with poignancy and trepidation.  It’s great theatre.

I saw Thompson last June in Chicago in the Goodman production of O’Neill’s “The Iceman Cometh”.  His Joe Mott portrayal was a portent of what was to come. When I read he was cast as Herald Loomis in “Joe Turner” at the Taper I anticipated nothing less than a great performance.  I wasn’t disappointed.

On the meaning of his work Wilson stated  “I once wrote a story called ‘The Best Blues Singer in the World’, and it went like this – The streets that Balboa walked were his own private ocean, and Balboa was drowning… End of Story.  That says it all.  Nothing else to say.  I’ve been rewriting that same story over and over again.  All my plays are rewriting that same story.”

I think that may be a little too simplistic an answer on his part.  Wilson always wrote multi-themed plays with insight and powerful imagery.  This comes through in “Joe Turner” when Loomis falls to the floor and has trouble getting up.  He keeps falling down and getting up and then falling down, again and again, but when he does get up, he steadies himself, and continues his journey. The symbolism of his indomitable will and spirit is not lost on the audience. After all, Loomis is a product of a 400-year history of “continuing on”.  Besides, Wilson gave him the first name of “Herald” for a reason.

Wilson always infused messages of respect and dignity, as well as, of hope, in every play he wrote; just like Oscar Hammerstein II, whose lyrics were always upbeat, optimistic, and hopeful.

The production, under the direction of Phylicia Rashad, is in good hands – she played Wilson’s favorite character, Aunt Ester, which I saw right here on the Taper stage 10 years ago in “Gem of the Ocean”. She has the feel and touch for Wilson’s canon and legacy.  Her creative team led by Scenic Designer John Iacovelli, provides her wonderful ensemble cast a nice functional performing space, and a set that has the look of 1911 Pittsburgh. The costumes by Karen Perry look spot on for the period. Creative lighting by designer Allen Lee Hughes enhances the overall look and mood of this splendid production.