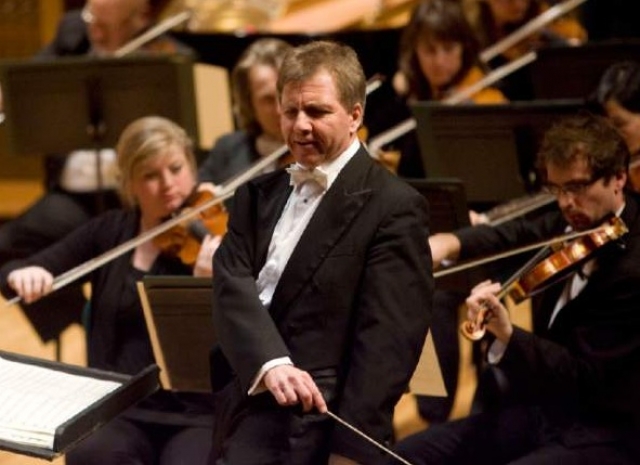 Fischer and the Utah Orchestra 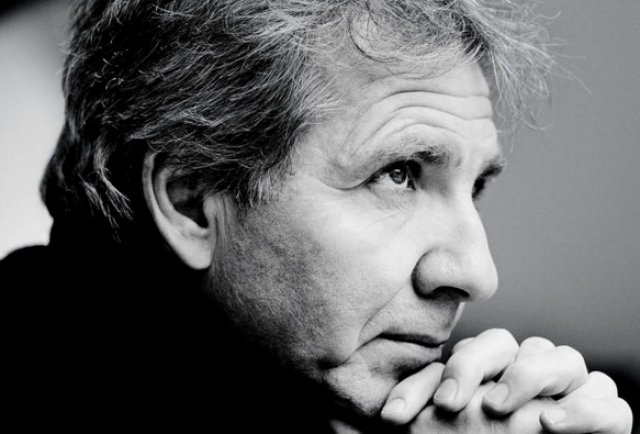 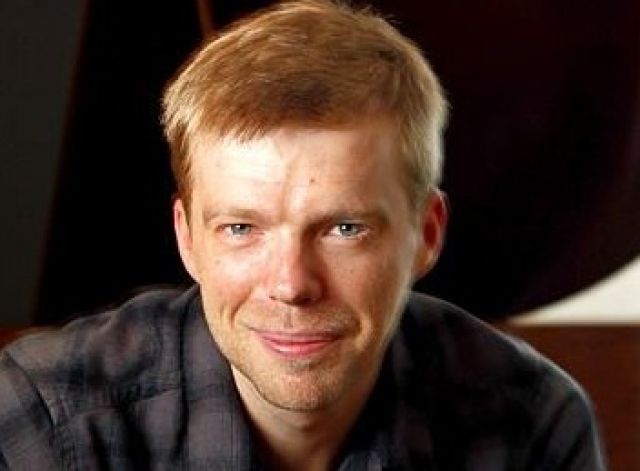 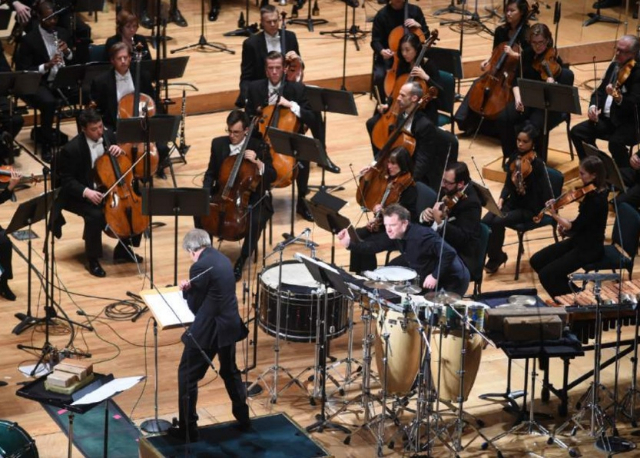 Thierry Fischer led the orchestra at its 75th Anniversary celebration of the Utah Symphony at Carnegie Hall. He conceived the program selection reflecting the choices of his predecessors.

The Utah Symphony Orchestra was built by promoting 20th century American and European music. This priority was established by Maurice Abravael, the conductor who led the orchestra for 30 years. He retired to work at Tanglewood for another 10 years.

Abravanel is remembered for his long association with the German composer Kurt Weill and for his recorded cycle of the Mahler Symphonies, which remains the only such cycle recorded with an American orchestra.

Fischer places the Utah Symphony in the context of the time in which a performed composition was created. The first half of the program was dedicated to Joseph Haydn's Symphony No. 96 in D major and Switch by contemporary composer Andrew Norman. Visually interesting, the instrumentalists are framed on the stage by a vast battery of percussive instruments on one side and a Yamaha bass drum on the other. Starting with 18th century, they switched easily to the sounds of today.

Faithful to performance practice of early classicism, the orchestra performed the Haydn symphony standing. In the music of Mozart and Haydn, Dimitri Mitropoulos had signaled the significant role these composers played. For instance, while Haydn was composer in residence with the famous German Mannheim Orchestra, the first dynamic signs such as crescendo and diminuendo appeared in his symphonic pieces. Consequently, this symphony (also known as Symphony of Surprise) is the prototype of that practice. The Utah orchestra depicted this masterfully, through the balance between wide-ranging dynamics.

Haydn had subordinated the role of the woodwind early on. Since this symphony was composed later in his career, the woodwinds emerge, for instance the spotted oboe part in the second movement, which was played delightfully. As a product of a admirable wise and literary approach to the music and epoch, the audience enjoys the sound experience of the year 1791. Following Fischer's conducting technique, you witness him following the sound picture he imagines, how he listens to the orchestra and guides them with no needless movements, but yet with precision.

Switch, by Andrew Norman had its New York premiere. With the first appearance of the soloist, we're given a hint of a multimedia and stage character of this music story. The Los Angeles-based Norman is exploring a video game logic for which he has composed extensively.  That feeling is following us till the very pathetic end. Pathetic in a "good" romantic way, in the way that would cause Tchaikovsky name his famous symphony, Pathetique.

Besides the "game narrative", dominant rhythmic play, notably in first segments suggests Stravinsky's Rite of Spring patterns. But tradition is rooted in his poetry. Norman is interested in the ways  media such as cinema, television and video games interact with traditional symphonic forms. His fascination with musical notation from medieval roots suggests a connection to Haydn.

An enormous sound pallet of percussion was brilliantly played by Colin Currie. He walked and ran us though cartoon like sounds in first segment, making the form visible. Richly dense sound is combined with drastic and sudden changes in dynamic and music. This juxtaposition is presented in blocks of reduced sound. Narrative discourse lies in these parts, developing their story network. These sound "oases" are heard several times during performance. The percussionist's many instruments are extremely well-thought out. They act as a trigger, commanding other players, turning them on and off, making them play forward and backward, and causing them to switch into entirely different musical worlds.

Dance too is an overall theme. Haydn has a minuet, Currie dances as he performs on percussion instruments and both the pieces in the second half of the program refer to dance. Arresting performances of selections from Prokofiev's Romeo and Juliet and Bartok's Miraculous Mandarin followed.

In Bartok's harsh narrative, three thugs force a beautiful young girl to seduce men and lure them into their den, where they will be robbed. One of them is a Mandarin who other men stabbed to death.

This suite which Bartok created for concert performance, encompasses roughly two-thirds of the score and ends with the chase scene in which the tramps assault the Mandarin. The music makes its effect through its rhythmic force and Bartok’s spectacular orchestration. Impressive colors such as those associated with the girl’s dance of seduction were brought to life in the motif for the glorious solo clarinet. This music captured and then crowned a superb evening by a first-rate orchestra.