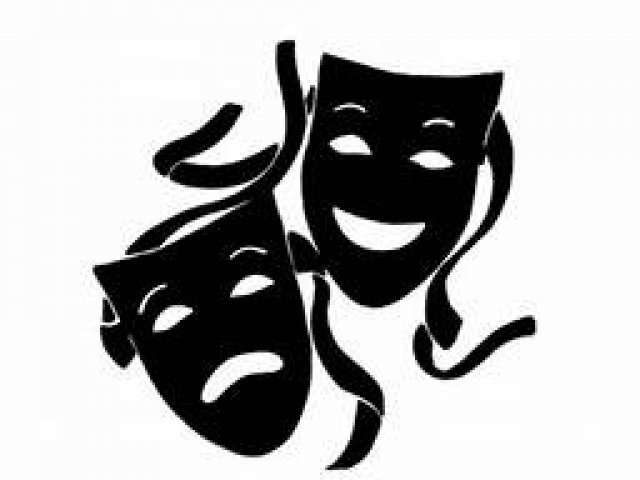 National Theatre: Frankenstein
The acclaimed London theatre shares its monster 2011 hit Frankenstein, directed by Oscar winner Danny Boyle and featuring Benedict Cumberbatch and Jonny Lee Miller alternating in the lead roles. Both versions are available to watch for FREE on YouTube, so it's your choice whether you want to catch Cumberbatch as the doctor and Miller as his ungodly creation, or see the stars the other way around. You can also commit to a double creature feature!

The Public Theater: What Do We Need to Talk About?
Earlier this week, New York's Public Theater premiered What Do We Need to Talk About?, a brand-new drama by Tony-winning playwright and director Richard Nelson centered on his fictional Apple family. From 2010 to 2013, Nelson mounted one hyper-realistic play a year about this Rhinebeck, New York clan as they grappled with national milestones such as the 10th anniversary of September 11, the 2012 reelection of Barack Obama and the 50th anniversary of JFK's assassination. In this latest installment, the Apples find themselves Zooming during the coronavirus pandemic. The cast of the original tetralogy returns for this eminently relatable one-act, including Tony winner Maryann Plunkett, Jay O. Sanders and Laila Robins, all performing from the safety of their own homes. Watch for FREE on YouTube.
If you want to see the Apples' backstory, WNET is streaming the four previous plays for FREE.

Stratford Festival: Coriolanus
Brush up your Shakespeare with the Stratford Festival's recording of Coriolanus about the legendary Roman general. Visionary director Robert Lepage helms this production starring André Sills in the title role. Watch for FREE on YouTube.

LA Opera: Angel's Bone
LA Opera presents Du Yun and Royce Vavrek's Pulitzer Prize-winning Angel's Bone, which was meant to be its May production. This performance was recorded at the 2019 Beijing Music Festival and you can watch for FREE on Facebook.

Martha Graham Dance Company: CunningGraham
On Saturday at 2:30 p.m. ET, compare and contrast the iconic styles of groundbreaking choreographers Martha Graham and Merce Cunningham (who started his career in her company) with CunningGraham. Presented this past February at the Martha Graham Studio Theater, the work features dancers from both troupes and you can watch for FREE on YouTube.

Laura Benanti's #SunshineSongs
On Saturday at 6 p.m., Tony winner Laura Benanti hosts #SunshineSongs, an inspiring concert featuring performances by immensely talented youngsters from across the country whose school productions were canceled due to the pandemic. In mid-March, Benanti put out a call on social media, inviting students in middle school, high school and college to share their talents using the #SunshineSongs hashtag. Within days, it had exploded into a national phenomenon, but Benanti realized theatre lovers who don't use social media were missing out. So she's spotlighting 40 of her favorite performers during this event, which you can watch for FREE online.

Melons
On Saturday at 6 p.m. ET, Melons, a drama about the mistreatment of Native Americans by Tony-winning Elephant Man playwright Bernard Pomerance, will be performed as a benefit to support the Navajo Nation, which has been devastated by the pandemic. Watch for FREE on Facebook.

Joe Iconis & Lauren Marcus: Love Letter
On Saturday at 6:30 p.m., Feinstein’s/54 Below presents the concert Joe Iconis & Lauren Marcus: Love Letter, which, though the stars are married, isn't about them. Instead, the Broadway songwriter and his performer wife channel country couple Johnny Cash and June Carter Cash in a show that explores their music as well as volatile artistic and romantic relationships. Watch for FREE on YouTube.

Verdi's Luisa Miller
On Saturday at 7:30 p.m. ET, the Metropolitan Opera shares a recording of Verdi's Luisa Miller, starring Sonya Yoncheva, Piotr Becza?a and Plácido Domingo. Watch for 23 hours after the start time for FREE on the Met's website.

Chita Rivera
On Saturday at 8 p.m. ET, Broadway legend Chita Rivera holds court on Stars in the House, and she's bringing some of her best friends with her. Given all the A-listers she's worked with over the decades, we can't wait to see who shows up. Watch for FREE on YouTube.

On Sunday at 2 p.m., it's a Prom reunion on Stars in the House. Cast members Caitlin Kinnunen, Beth Leavel, Brooks Ashmankskas, Christopher Sieber and Angie Schworer will dish and croon tunes from the uproarious Broadway musical, and you can watch for FREE on YouTube.

Lucille Lortel Awards
On Sunday at 7 p.m., celebrate the creativity, ingenuity and diversity of Off Broadway at the 35th annual Lucille Lortel Awards ceremony, hosted by Mario Cantone. A starry list of presenters, including Lin-Manuel Miranda, Phoebe Waller-Bridge, Kelli O’Hara, Jordan Fisher, Brian Stokes Mitchell, Marisa Tomei, Michael Urie and Debra Messing, will dole out virtual statuettes to the winners, and Nathan Lane will present the In Memoriam segment, which is sure to include a heartfelt tribute to his longtime friend Terrence McNally. TDF's Executive Director, Victoria Bailey, will also speak about the enduring value of the performing arts, especially during this time of crisis. Watch for FREE on the Lortel's website.

Borodin's Prince Igor
On Sunday at 7:30 p.m. ET, the Metropolitan Opera shares a recording of Borodin's Prince Igor, starring Oksana Dyka, Anita Rachvelishvili and Ildar Abdrazakov. Watch for 23 hours after the start time for FREE on the Met's website.

Michael R. Jackson Guggenheim Commission
On Sunday at 7:30 p.m., Michael R. Jackson, whose 2019 musical A Strange Loop has been deservedly picking up a bunch of awards, debuts a new piece for the Guggenheim Museum's Works & Process series. Over the past few weeks, the institution has been commissioning artists from various disciplines to create online shorts that are five minutes or less. You can see all of the works thus far for FREE on YouTube, as well as Jackson's contribution starting on Sunday night.

The Full Monty Cast Reunion
On Sunday at 8 p.m. ET, it's a Full Monty reunion on Stars in the House. Many of the brave men who took it all off in the 2001 Tony-nominated musical will be present (fully clothed, of course), including Tony winner André De Shields, two-time Tony nominee Patrick Wilson, Jason Danieley and John Ellison Conlee, as well as songwriter David Yazbek. Watch for FREE on YouTube.