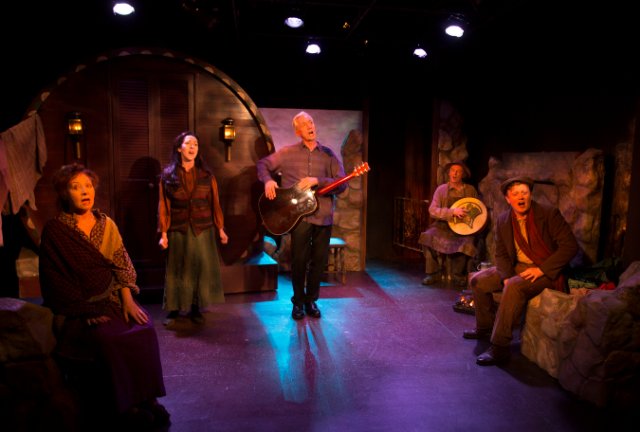 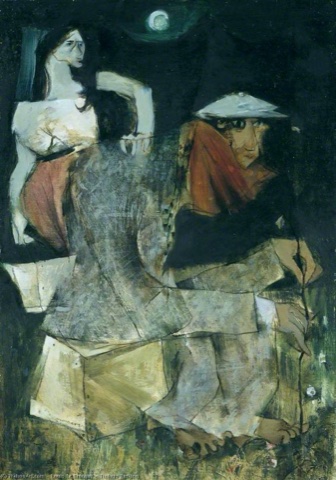 Two One Act Plays by Synge at the Irish Repertory Theatre, New York 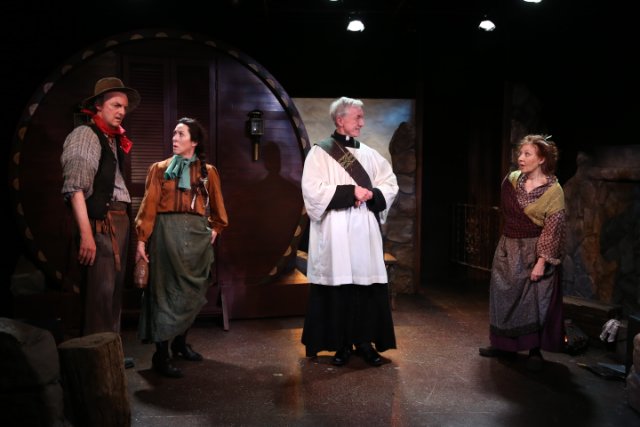 John Keating, Jo Kinsella, Sean Gormley and Terry Donnelly Like tinkers, they repair everything around them 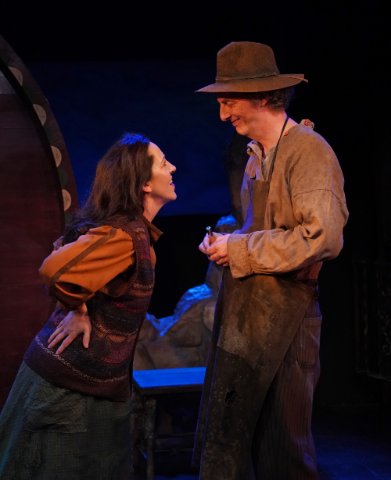 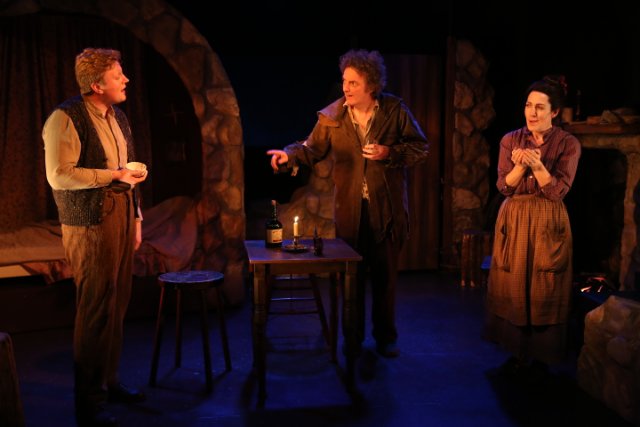 Ciaran Bowling, John Keating, Jo Kinsella The playboy, the tramp and the hungry wife In Synge 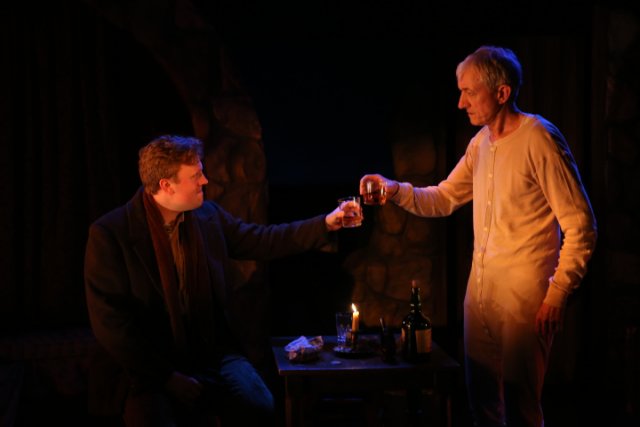 Charlotte Moore, the director, must have the same feeling for the Irish and their language that the playwright John Millington Synge did. In the W. Scott McLucas Studio Theater, a small venue located underneath the main house at the Irish Repertory Theatre, the people of Ireland are brought startlingly, truly to life. Two Synge One Acts abut each other.  As audience in this theater, you are so close that you feel a part of the action, the language invades and elevates you.  It is a thrilling experience.

Moore makes the language central. Words swirl through the actors. Sometimes they emerge in a gesture. At others, in a step.  Always the language itself emerges from the body.  Words dangle on the breath and are shaped.  The cast all live in their roles. Add to this the plays themselves, and theatrical perfection is at hand.

The acting troop sings their way in as an introduction. Sean Gormley beats the body of his guitar.  John Keating's tambourine shakes in the background.  Music is very much the subject of the evening.  In delving into Gaelic and the origins of the Irish language, playwright John Millington Synge has created a symphony.

Synge at first wanted to be a musician, yet he was shy. Moore now gives us his music on the stage. The actors are not shy. In fact they are rollicking and brassy, yet beautiful. The scale in Tinker’s Wedding  holds gold on one side and a prayer on the other.  Reacting to the darkness of Ibsen, Synge felt strongly that the humor he heard in difficult lives was important to portray. Tinker’s Wedding is laugh-out-loud funny as well as deeply moving.

Ciaran Bowling sings us into Shadow of the Glen. Here an 'Edgar Allen Poe' dark and gloomy night hides deathly mischief in a small home.  We are told again that this is John Millington Synge, his name bursts out. Often the playwright will address a character by full name, for emphasis and definition.

A dead man lies stretched out awaiting redemption.  His wife will not touch him. He has ordered his sister to arrange his last rites. Into the scene comes a tramp/beggar, a figure that will become familiar in a later Irish playwright, Samuel Beckett.  In his youth and his cleverness, this stranger holds promise for the lady of the house, Nora Burke. Clearly she has missed a sex life with her old husband who she married for his land and his sheep.

Synge has written: ”...for in countries where the imagination of the people, and the language they use, is rich and living, it is possible for a writer to be rich and copious in his words, and at the same time to give the reality, which is the root of all poetry, in a comprehensive and natural form...In Ireland, for a few years more, we have a popular imagination that is fiery, and magnificent, and tender; so that those of us who wish to write start with a chance that is not given to writers in places where the springtime of the local life has been forgotten, and harvest is a memory only, and the straw has been turned into bricks.” (Preface, The Playboy of the Western World)

We laugh at the characters, but we cannot ignore their humanity or their faults and defects.

Synge writes in musical language about the plain life on the Irish land.  In Charlotte Moore’s production, you feel the heat of the human bodies and hear music and language as music.

W.B. Yeats would write: "All that we did, that we said or sang, must come from our contact with the soil."  We are rooted there in Moore’s take on the Two Synge plays.  A must see through May 22 at the Irish Repertory Theatre.  Tickets here.