Launches Summer Concerts on May 25, 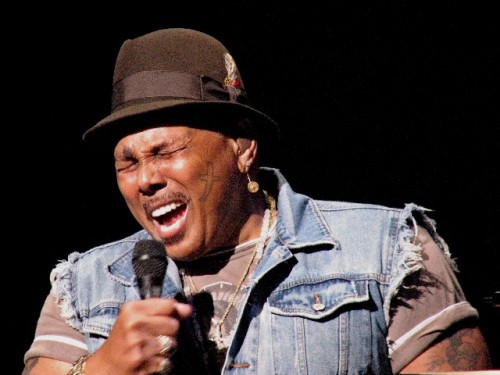 Aaron Neville performs at MASS MoCA on May 25.

Once or twice a year, MASS MoCA shines a bright light on an American legend. With one of the most cherished voices in popular music, Aaron Neville is one of these national treasures. Neville's youth was filled with songs of a burgeoning doo-wop and R&B scene - influences that are woven with grace and power into all of his music, especially his 2013 release, My True Story. Neville will kick off MASS MoCA's 2013 summer season with a performance on Saturday, May 25, at 8pm.

"No one else in the world sounds like Aaron Neville, the New Orleans tenor who has gained belated recognition as one of the greatest of all pop-soul singers," hails The New York Times. Neville has earned heaps of accolades and numerous awards throughout his versatile five-decade career.

Neville's deep harmonies and angelic voice emerged in the Calliope projects of New Orleans, where he and his three brothers were raised. He cut his teeth as the most recognizable of The Neville Brothers, the family band that performed together for years, earning countless fans and three Grammy Awards. Charles Neville, now a resident of western Massachusetts, will perform with his brother at MASS MoCA.

Neville's recent release, My True Story, is a collection of classic doo-wop numbers. To create the album, Neville teamed up with Keith Richards of the Rolling Stones and the legendary Blue Note label producer, Don Was. Showcasing the old-school rhythm and blues that were the key influences throughout his career, Neville covers The Drifters, The Clovers, and Little Anthony and the Imperials. "Opportunities like this don't come 'round very often," says Richards. "I grew up with these songs, like Aaron did. It's such a pleasure to play with a voice like that."

"I attended the University of doo-wop-ology," Neville added. "Anything I do has got some doo-wop in it. It's just part of me - it's the texture that I'm singing in, it's the endings, it's the harmonies. At 3 o'clock in the morning, I wake up with a doo-wop song going in my head, and I can't go back to sleep because I'm singing it over and over."

Tickets for Aaron Neville's Memorial Day weekend performance at MASS MoCA are $75 for premium seating, $49 for priority seating, $40 for orchestra seats, and $34 for mezzanine seats. Museum members receive a 10% discount. Tickets are available through the MASS MoCA Box Office located off Marshall Street in North Adams. Tickets can also be charged by phone by calling 413.662.2111 x1 during Box Office hours, or purchased on line at www.massmoca.org. MASS MoCA's galleries will be open until 7:30pm before the show.

There is an opening reception celebrating three new exhibitions, Guillaume Leblon: Under My Shoe, Jason Middlebrook: My Landscape, and Joseph Montgomery: Five Sets Five Reps, on Saturday, May 25. The reception will be held from 5 to 7pm. Members are admitted free; not-yet-members may attend for $10 per person.