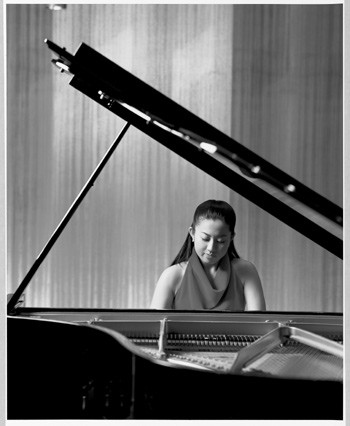 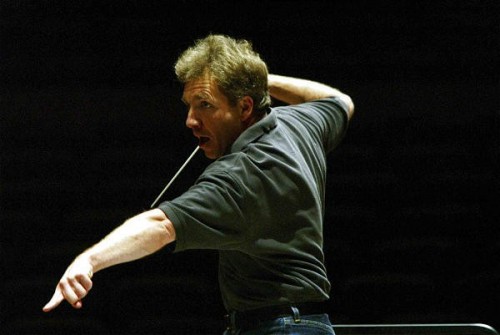 The superb Japanese Kioi Sinfonietta Tokyo, led by Thierry Fischer, came to Alice Tully Hall as part of their first United States tour. They have performed at the National Gallery in Washington, in Cambridge and also at the Kimmel Center in Philadelphia.   Celebrating Japanese American friendship at the time of Cherry Blossom Centennial, this first-rate group featured pianist Yu Kosuge.

Opening with a delightful take on the Marriage of Figaro overture, it became clear that the program would connect the recent natural catastrophes in Japan with this tour for the benefit of earthquake and tsunami victims at home.  Marriage of Figaro is its own day of madness.

Mozart's Piano Concerto No. 22 was boldly and brilliantly played by the orchestra and.Kosuge. and the orchestra.  In concertos, of course, the pianist often engages in dialogue with the orchestra.  Here the exchange added meaning as a gesture of friendship.  Mozart worked on both these pieces at the same time, so it's no surprise that the concerto’s last movement reminds the listener of Count Almaviva's adagio pleas for forgiveness in Figaro.

Mozart's father expressed surprise that a call was made for the slow movement to be repeated, but as Fischer conducted, the simple beauty only increased in doubling.

The rondo finale is interrupted by a lengthy and slow minuet episode before returning to the main theme for a lively finish. This was the first composition in which Mozart used the clarinet, and what a welcome tone and color.  Kosuge with dash and bravua added the Benjamin Britten cadenzas composed for the great Soviet pianist Sviatoslav Richter.

As the evening's theme of reconciliation and friendship across borders and across time was developed, the combination bound music and listener   Richter was a constant visitor to Britten's summer festival at Aldeburgh.  Richter also travelled to Japan, a long journey by train because he did not like to fly.  He fell in love with the country, and returned eight times to perform. He would surely have admired Kosuge’s flourishing cadenzas created for him.

As an encore, Kosuge chose Schumann's Widmung as arranged by Liszt. Full of feeling and nuanced for all the thoughts that are associated with one of Schumann's most famous songs:

Perhaps performed for all those who had so recently suffered.

Beethoven's Eroica was an apt choice for the second part of the program.  Beautifully conducted by Fischer, the revolutionary revealed a final redemption. Originally called The Napoleon, Beethoven had backed off when Napoleon declared himself emperor.  Now he rose to write Lenore, in the tradition of the popular French 'rescue opera',  and the Eroica, proclaiming the enlightened ideals of the French Revolution

Startling and unprecedented characteristics of the Eroica came from Beethoven's flexible framework for the sonata form. The Sinfonietta, releasing and containing explosive musical concepts within the binding structures, was vigorous and dramatically moving.  This reflected the tumultuous emotional landscape of our times, as it did Beethoven’s.

In the Eroica performance, the orchestra portrayed death, destructiveness, anxiety and aggression as terrors to be transcended. Tragic experience was at the core of this performance. But there was joy at the end.

Kioi Sinfonietta's success in realizing all of Beethoven's radical propositions was shown, for instance, in melodies given to the oboe.  The restless bass was kept up by the strings, but the delicate tone and power of the oboe was not drowned by the choirs which instead blended tones. An extremely difficult achievement. The winds were expressive, not providing color.  The three French horns, used for the first time in symphonic orchestration, were splendid.  Fischer created a sense of unfolding continuity and wholeness within a constant interplay of moods.

In the Sinfonietta's playing, fate and fortune clash, but fortune triumphs so that we can go on.  And we did, with what Fischer announced as a little surprise, a composition called The Annunciation of Spring by Shoko Maitu.  If cherry blossoms floating and falling have a sound, this sad but chamring piece evoked it.  It was a delightful conclusion to an evening full of wonderful music.  Kioi should come to this country often.