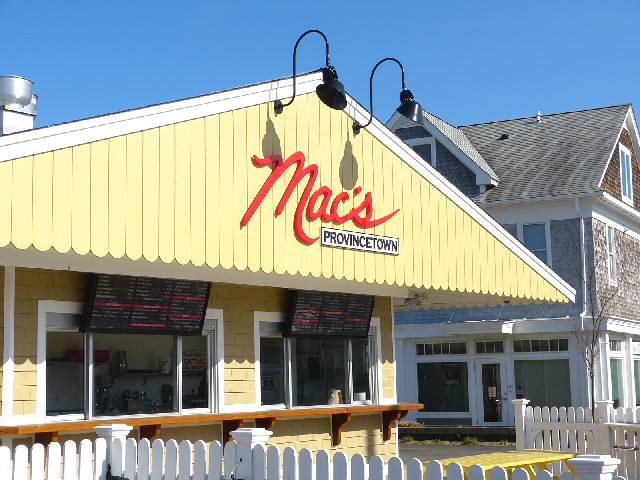 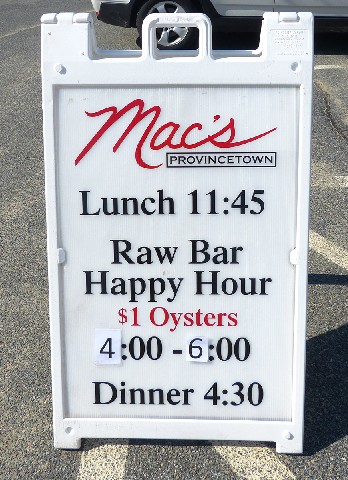 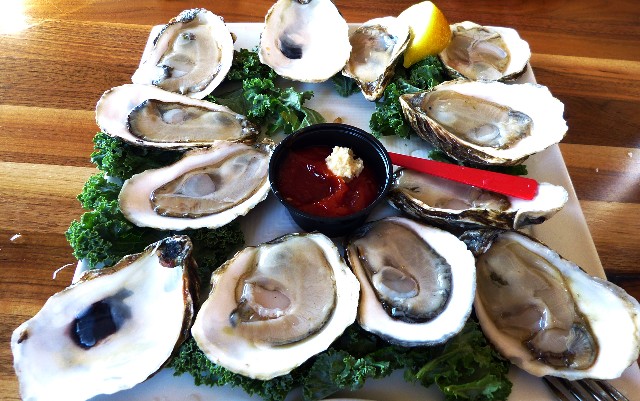 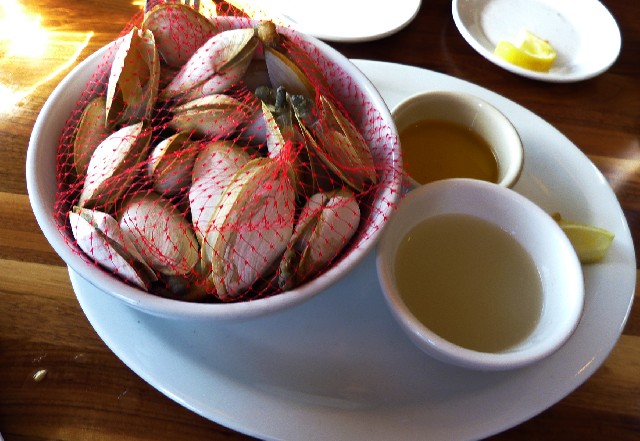 An order of steamers. 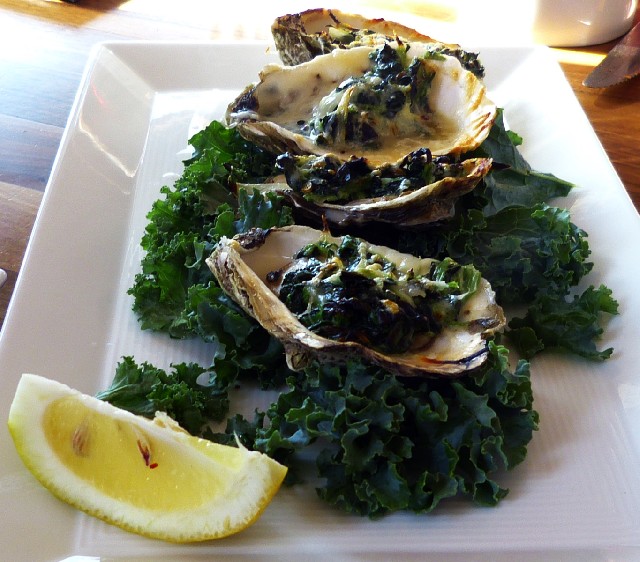 So so Oysters Rockefeller. 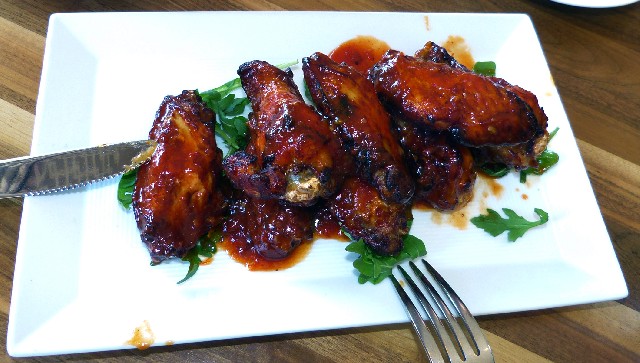 The chicken wings were a disaster.

While picking up groceries at Stop and Shop during a recent week on the Cape we encountered Mac's Provincetown also on Shankpainter Road. It cuts across the peninsula from the busy downtown and Commercial Street to the main highway and dunes.

There is the important attraction of easy access and generous free parking.

Not having been in P'Town for a couple of years what had once been a funky open shack has now become enclosed as Mac's. Exploring the interior we recognized some of the elements of the former floor plan. This includes an open area which was uninhabited during early spring. The relatively new venue is open year round while the Commercial Street iterations of Mac's are seasonal.

It was around 5 pm when we arrived planning to have perhaps a beer and snack before heading back to the Sandbars Motel with its kitchenette.

Settling in and looking around at the fresh and enticing ocean themed decor we discovered that Happy Hour ( 4 to 6 PM) featured freshly shucked oysters and clams for a buck each. As well as half price for an array of appetizers.

We started with a dozen of the wonderful, world renowned, Wellfleet oysters. They slid down so fast and easy that we sprung for a dozen more. My goodness. What a briny treat. There is a crunchy sweetness that just puts the senses in orbit with a squeeze of lemon and a dash of cocktail sauce with horseradish.

Man that was heavenly.

On the return visit we restrained ourselves to just a dozen oysters.

Looking back on that what were we thinking? Actually we could have had two dozen each and called it a day.

The appetizers proved to be hit and miss.

They were $11 on the menu but half price when we dined. All further price quotes will be the regular menu price. You can do the math.

Well, they were not our favorite preparation. The hot pepper didn't really make sense and the lemon aioli just added to the overall sense of grease. We prefer calamari more crispy and crunchy with fresh lemon and a dipping sauce on the side. We agreed that we wouldn't order them another time.

I really liked the local sautéed mussels in the traditional preparation with white wine, shallot and garlic ($12). They were huge in fact the largest we have ever seen. That was a plus for me and a minus for her. On the second visit she passed on them. Since we were sharing I went along but should have enjoyed a serving by myself. Which is what I will do next time.

The native steamers, a pound and a half, with butter and broth ($15) were just awesome. As usual I drank the broth at the end of the meal being careful to avoid the sand. It made me thirsty that night but who cares. They are an absolute must for any visit.

We tried the Oysters Rockefeller which we should have ordered while in New Orleans. Instead we ordered the sensational broiled oysters twice at the magnificent Acme Oyster House. What passed for four Oysters Rockefeller (cream spinach, parmesan, Pernod $13) just didn't cut it. They were dry and the ingredients didn't mesh. The whole was less than its parts.

The order of chicken wings (pineapple Caribbean sauce $7) was a disaster. They were more raw than cooked and the sauce was just a mess on your fingers and in the mouth. She wouldn't eat them and I gamely tried just one or two. Isn't there a rule about serving undercooked chicken?

There are other appetizers which we will try during our next visit- Seafood Dumplings ($10), French Oyster ($13), house made pork sausage ($6), and Clams Casino ($7).

Overall we enjoyed $70 worth of Cape Cod seafood for just $35. That's for food without beverages.

The wait staff was terrific. That added to a very enjoyable and affordable dining experience.

This is our new go to destination for P'Town dining.