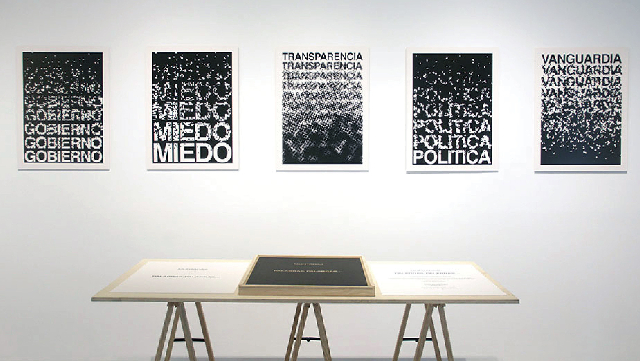 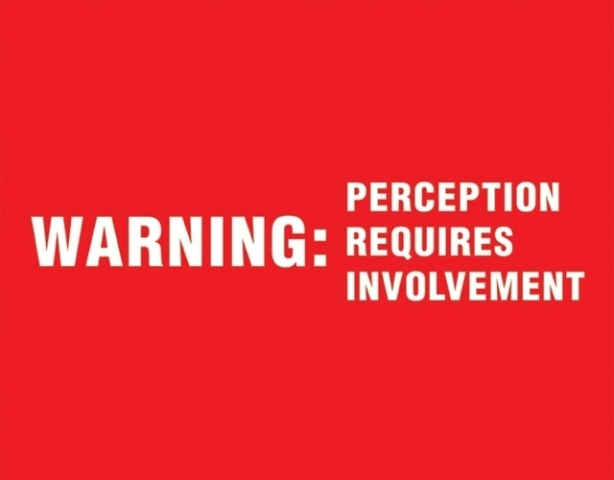 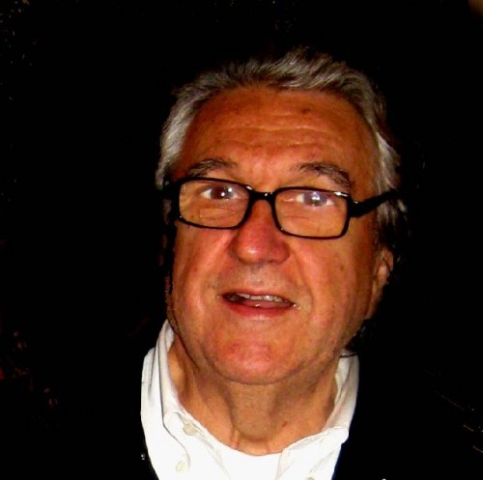 This exhibition, Muntadas’ sixth with the gallery since 1990, will begin with early documents originally proposed in the 70s to be made into heliographs (an early blueprint medium), these 18 Projects/Proposals (1971-1980) mapped his intentions for installations, videos and performance works.  Never realized due to the instability of the medium, they have recently been recovered and now presented in the form of screen prints as originally intended.  From these very early years, Muntadas has continued to develop an extended series of installations investigating means of contextualization and interpretation.

Muntadas: Projects is an exhibition dedicated to presenting a way of creating and of working.  It sets out to evidence, with several of fully realized works, his commitment to the creation of models on which he has articulated independently of trends and fashions in techniques and media  over more than forty years.

Also presented here is Muntadas’ original version of Emisión/Recepción made in Madrid at a moment when Franco’s control over the media left Spain with but one TV station.  All locations and all viewership was confined to the same exact broadcast at all times.  Presented as a Double Projection of synchronized 35mm slides on Kodak carousel projectors, the installation in 1974 was one of his most significant early projects. The cycle of early works presented here end with Confraontations (1974) and his signature work, Dialogo (1980).

The gallery presentation also includes two more recent projects which highlight the interpretative quality of meaning through language Words, Words . . .   and through a more cinematic themed film project presented at the 72nd Venice Festival of Cinema in 2015 entitled Dérive Veneziane.

The production of Words, Words . . . for New York, accompanied by Palabras, Palabras . . . made for Moises Perez de Albeniz in Madrid address the redefinition of public space through politics and the media.  Muntadas delves into the construction of landscapes built upon power agreements that establish and demarcate a sense of common linguistic codes.  As presented here, Words . . . are presented as worn down, denigrated or disappearing altogether due to the use and abuse of power and mass media.

In closing the exhibition here with Dérive Veneziane we present perhaps one of Muntadas’ most sublime projects reflecting on his 10 year association with the Universita lIUAV di Venezia Institute each Fall.

Drifting through Venice on water by night.

Encountering the unanticipated and unexpected.

A series of resultant tableaux precipitating a

new awareness of this urban environment

as it is transformed by darkness.  Removing all

of the predictable paths of daytime, there

becomes a new awareness through this

By Guy Debord, this journey will seek to modulate

Reality creating an undertow of disorientation

And keen awareness of terroir.

It, flanerie or “gastronomy of the eye”.

Antoni Muntadas (b. 1942 Barcelona) has been the subject of over 200 one person exhibitions throughout North and South America, Europe, Russia, and most recently South Korea, Japan and next year in China. Deeply concerned about the individual’s relationship in the social sphere, the term “media landscape” is frequently attributed to Muntadas, and his legacy as a major video artist since 1971 has been well documented with his catalogue archived by Electronic Arts Intermix, New York,  with MACBA in Barcelona, and with his recent retrospective organized by the Museo Nacional Centro de Arte Reina Sofia in Madrid.  Complete biographical information as well as bibliographical details may be accessed from www.kentfineart.net