Cloning as a Way to Explore Individuality 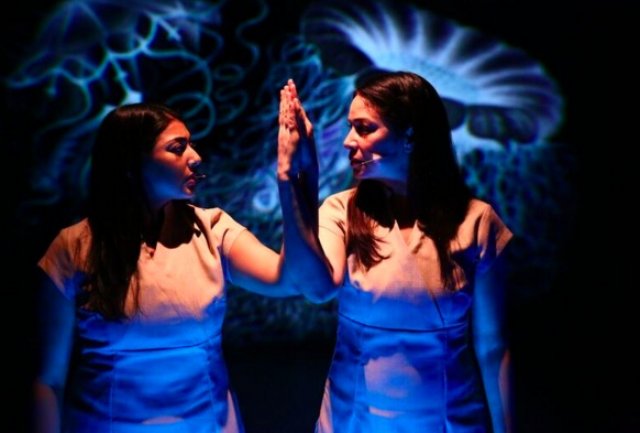 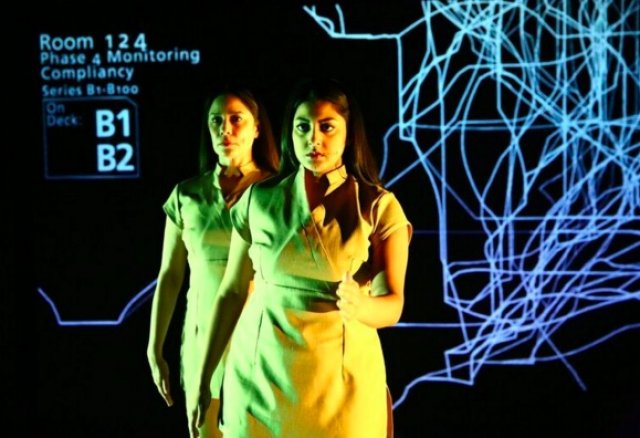 A clone. Who is the original? 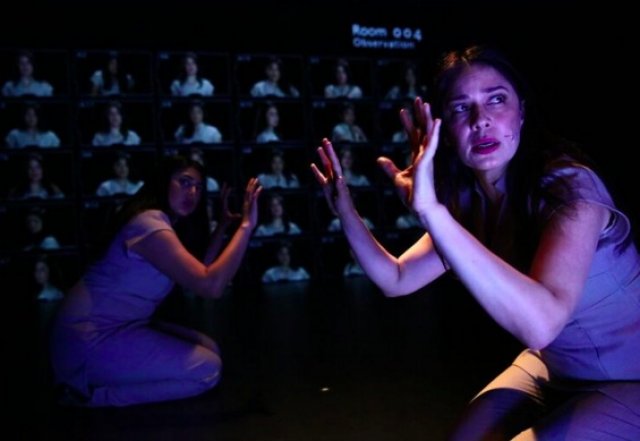 Search for identity can drive you crazy.

Assembled Identities is a new work being presented by HERE, as the important Art Center celebrates its 25th anniversary. It is located at 145 6th Avenue in  NY.

In many ways, the play reflects the company’s core commitment to hybrid art. When HERE was formed, it built on the approach of Robert Rauschenberg, Lucinda Childs and John Cage to join artistic efforts from different disciplines.

Kristin Marting, one of the two founders of HERE, is deeply collaborative. In a recent interview she talks about reading widely and attending performances all over the city, and country, to see what’s going on and to open herself to new ideas and new approaches.

Performers in Assembled Identities, Marina Newhard and Lipica Shah, come from two different worlds. Yet they were often called up to audition for the same role. What did Purva Bedi, an Indian, and Mariana Newhard, a Filipino/Caucasian, have in common? Their overall effect is the same. They are both of mid height, and wear their long dark hair swirling straight. At family reunions, people often compare political persuasion and career courses. Less often, they look at the shape of the hand and even hair color (a dangerous choice with dyes easily available) and eye color (also easily changed with contacts).

Marting was intrigued by conversations with Newhard and Shah. Advances in decoding the genome and effecting a clone have made it possible to create creatures who are identical to the source of their own genome. When the cloned sheep Dolly was born in 1996, dire predictions followed. If sheep could be cloned, could humans be far behind? It turns out that cloning used in research has zoomed forward, but human cloning remains dangerous at best.

This has not stopped three artists from imagining what a world of human clones might be like. Their play is mounted as part medical mystery and a full exploration of what “I” means.

Identical twins are not identical. Their fingerprints are different. Often the second born of the pair is smaller than the first. Parents can tell their children apart by the position of an eyebrow and a twist of the lip. Clones appear to be exactly the same.

This idea drives the two women characters crazy. I am the origin. No, I am. If I am you, then where am I? The script is full of quotations from seminal thinkers on this subject. Hannah Arendt, Franz Boas, Julian Huxley, Ursula LeGuin and Virginia Woolf are all represented. Yet the work is more a question than a didactic diatribe. One enters the debate deeply disturbed and anxious.

Many young artists today feel that they can create a work that combines many forms. Marting is committed to the hybrid, in which experts from various disciplines collaborate.

What is it like to find a mirror image of yourself? The two women in the play are in a government research facility because one of them has a serious disease. One woman is perhaps the origin, the other her clone. Darting at each other, exploring, questioning, we are in the midst of a discussion of who we are.

In our odd age, we often confuse ourselves with a Facebook or Twitter identity. Amazon is assembling us from our purchases. Google assembles us from our internet link choices. This is a wake up call. Who are we, the play asks?  We are left in delicious wonder.