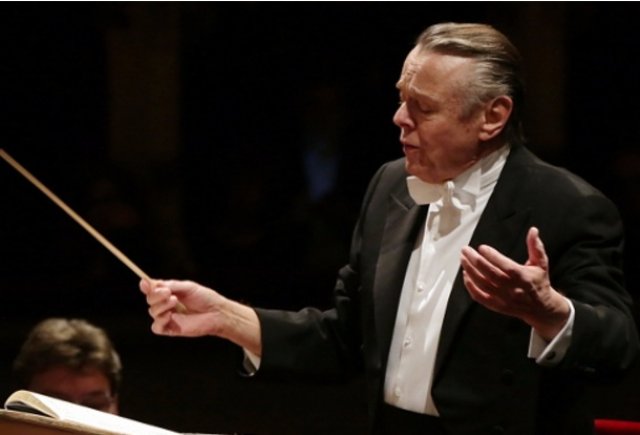 Gustav Mahler’s Seventh Symphony is his least played, his least loved, and for the unwary conductor or their orchestra, the most dangerous of his symphonies. This sprawling five-movement work (sometimes referred to, though never by Mahler himself, as the "Song of the Night")  is riddled with trapdoors and land mines, illusory orchestrations, unusual instrumentation (there are solos for cowbells, tambourine, mandolin and guitar) and other hazards. Messing up any of these can torpedo a performance and sink both conductor and orchestra with no survivors.

The Seventh has been met with puzzlement and even outright hostility in its 110-year history. Mahler (who never got to conduct this work here despite being music director of the New York Philharmonic for two years) throws everything at the listener. There are child-like nocturnal marches, spooky, slithering strings, a mournful solo for tenor horn (not a Wagner tuba or a euphonium but a different instrument entirely) and a slam-bang finale that shatters the dream-like bliss that precedes it and leaves the listener quivering in a blaze of major key daylight.

With all that in mind, we turn to Mariss Jansons and the Bavarian Radio Symphony Orchestra, who played theSeventh on Saturday night at Carnegie Hall. This was a triumph, both for all the players involved and for the work itself. This performance was excellent, yes, but it was enhanced by a rigorous attention to detail in the seating of the players that solved some of the balance and dynamic problems that riddle the score.  Jansons placed the tenor horn at extreme stage right making its unearthly call, as if from a distance. He had the basses play on a short specially-built platform, elevating their f-holes and creating better balance with the orchestra. Finally the guitarist and mandolinist (who only play in the fourth movement) did so at the fore front of the strings, again on a special platform, flanking the conductor.

The results were thrilling. Against the first muffled strokes of the bass drum and muttering in the newly elevated basses, the tenor horn uttered its mournful cry, a dour challenge answered by the bright surge of the strings and woodwinds. This is a complicated opening movement, shifting constantly in key and meter and keeping the maestro on his toes. Jansons navigated it deftly, creating a sublime climax in the pastoral development section with its bird calls and fanfares: hints of a brighter day to come.

The second movement is marked Nachtmusik, the first leg of a three part structure that takes the listener in a dream-like, nocturnal journey. This quirky march suggests stealthy agents on some vital, completely achievable quest, out doing a good night's work. The cowbells (shaken gently, not struck, this isn't a Blue Öyster Cult song) added to the sense of mystery and provide a kind of landmark on the night journey and its return trip. The third movement is weirder still, a dive into phantasmagoria and keening, weeping, moaning strings, as if the the listener has been suddenly dropped into a grotesque alternate reality. The horror show was briefly interrupted  by the trio section, a wry parody of a Viennese folk dance, that yielded again to the spookhouse music.

Guitar and mandolin took their places for the fourth movement, the second marked Nachtmusik. This gentle serenade sounded right for his nice, taken slowly and languidly with their strum,ed instruments benefiting greatly from the innovative placement. Jansons, with careful management of his winds and strings, lulled the listener into a kind of false security here, a dream state from which there would be a rude awakening indeed.

This Rondo-Finale has been criticized repeatedly for its brash, swaggering rhythm and its repeated and parodic use of a theme clipped neatly from the Prelude to Wagner’s Die Meistersinger. Here, the disciplined Bavarian players proved their mastery of this music, delivering a taut rhythmic performance that never sounded blurred or worse yet, debauched. This was clean and precisely played, joyful and kinetic. In the last repetitions, where some performances devolve into a brash free-for-all, Jansons' troops showed discipline and focus, delivering the payoff and still retaining that sense of mystic awe that pervades every page of this extraordinary score.