Trisha Brown This Summer in the Berkshires 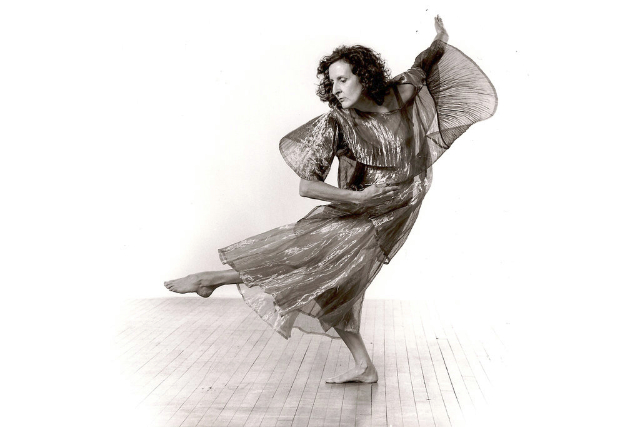 Jacob’s Pillow Dance Festival has added two more opportunities for audiences to experience Trisha Brown Dance Company. Originally a five-performance run, August 16-19 in the Ted Shawn Theatre, the Pillow has added a Thursday matinee to the company’s schedule. Members of Trisha Brown Dance Company will also perform the site-specific work Trisha Brown: In Plain Site at the Clark Art Institute on Sunday, August 13, a co-presentation of Jacob’s Pillow Dance and the Clark.

An icon of American dance with extensive Jacob’s Pillow connections spanning more than 30 years, choreographer Trisha Brown died March 18, 2017. In a New York Times obituary, chief dance critic Alastair Macaulay wrote “Few dance inventors have so combined the cerebral and sensuous sides of dance as Ms. Brown did, and few have been as influential. Her choreography…helped shape generations of modern dance creators into the 21st century.”

Witty, inventive, and free from convention, prolific choreographer Trisha Brown held an uncontested legacy as an icon of post-modern dance. A founding member of the avant garde, experimental Judson Dance Theater along with Steve Paxton and others, Brown went on to form her own critically-acclaimed post-modern dance company in 1970. As the creator of 100 choreographic works and director of six operas, she regularly engaged collaborators who are themselves leaders in music, theater, and the visual arts, including visual artists Robert Rauschenberg, Donald Judd, and Elizabeth Murray, and musicians Laurie Anderson, John Cage, and Alvin Curran. In her lifetime Trisha Brown was the recipient of nearly every award available to contemporary choreographers including a National Medal of Arts, a Dance/USA Honors Award, a MacArthur ‘Genius’ Award, a New York Dance and Performance Bessie Award for Lifetime Achievement, and countless others.

“Trisha Brown is one of the undisputed great artists of our time and had a deep relationship with Jacob’s Pillow, dating back to 1980. I am proud to have her company as one of the anchors of our 85th Anniversary Festival, honoring pioneering roots as we push dance forward,” commented Pamela Tatge, Director of Jacob’s Pillow. “Countless choreographers and dancers around the world have been influenced by Trisha Brown's ideas and questions, her sense of space, her connection to visual art, and most of all her fierce commitment to "pure movement.” I hope this week will be a chance for audiences to discover Trisha’s work, and for those who already love her creations to remember and honor this great artist.”

The Jacob’s Pillow program includes three distinctive Brown works. Opal Loop was created in 1980, with an original cast featuring Trisha Brown, Eva Karczag, Lisa Kraus, and Stephen Petronio. The Festival 2017 performances will include four generations of Trisha Brown dancers: Shelley Senter, Eva Karczag, Lance Gries, and Keith Thompson. L'Amour au théâtre (2009) is inspired by the baroque opera Pygmalion. This complex, musical, abstract dance features intricate and intensely athletic partnering, mirroring excerpts from Jean-Philippe Rameau’s Hippolyte et Aricie. Groove and Countermove (2000) is the final piece in a jazz trilogy (the first part of which was co-commissioned by Jacob’s Pillow in 1999) and reveals an intricate world of counterpoint between one dancer and the company, with music by prolific trumpeter Dave Douglas. Wendy Perron, writing for The New York Times, described “… the storm of dance joins the storm of music, culminating in a rousing finale, breathtaking in its spatial and rhythmic architecture.”

The Trisha Brown Dance Company continues Brown’s legacy through its Trisha Brown: In Plain Site initiative. Through this effort, the company draws on Brown’s model for reinvigorating her choreography at new sites and in new contexts. In a co-presentation by Jacob’s Pillow and the Clark, the company will present Trisha Brown: In Plain Site on the Clark’s grounds in Williamstown on Sunday, August 13 at 1pm and 4pm. This event is free but reservations will be required; ticket information to be announced.

“We are delighted to collaborate with our friends at Jacob’s Pillow and with the exceptional Trisha Brown Dance Company,” said Olivier Meslay, Felda and Dena Hardymon Director of the Clark Art Institute. “It will be a magnificent opportunity to see the dancers in dialogue with both our landscape and architecture and to experience the rich synthesis of dance, art, and nature.”

Dedicated to offering multiple ways for audiences to engage with and learn about dance, the Pillow will offer pre-show talks before every Trisha Brown Dance Company performance and a post-show talk on Friday, August 18. On August 18 at 5pm, a free hour-long PillowTalk will celebrate Brown’s legacy as it is perpetuated by her own company and others, and also explored in Susan Rosenberg’s new book Trisha Brown: Choreography as Visual Art.

For more than 30 years beginning in 1980, Trisha Brown enjoyed a close relationship with Jacob’s Pillow; she taught in The School, created and premiered works, performed on all three of the Pillow’s stages, and conducted creative residencies during the summer and in the off-season. This connection was initiated in 1980 by then-Pillow-Director Liz Thompson, who had studied and danced with Brown in the late 1950s and '60s. In that season, Brown and her company performed on two back-to-back shared programs in the Ted Shawn Theatre, and she also taught Composition at The School at Jacob's Pillow.

The company continued to perform at the Festival throughout the 1980s and ‘90s. Jacob’s Pillow was the initial commissioner of Set and Reset, widely considered to be a signature Brown work. A landmark collaboration between Robert Rauschenberg, Laurie Anderson, and Trisha Brown, the work had its official premiere at the Brooklyn Academy of Music in 1983, and has been performed at the Pillow in 1986, 1999, and 2011.

Jacob's Pillow was a co-commissioner of Five Part Weather Invention and presented the world premiere in 1999, featuring live music composed and performed live by Dave Douglas. That same year, the company carried out residency activities co-sponsored by the Pillow and MASS MoCA.

Trisha Brown and Jacob’s Pillow were connected beyond performances, including a 2003 PillowTalk with Brown and dance/writer Deborah Jowitt and a 2011 season-long exhibit featuring items on loan from the company and several pieces of original artwork created by Brown herself. She was also involved in announcing the winner of the Pillow's master campus plan Design Competition in 1986 and served on various advisory committees including the Century Fund Honorary Committee in the early 1980s and the 65th anniversary season Artists' Committee in 1997.

Trisha Brown Dance Company in Set and Reset in 1986:
https://danceinteractive.jacobspillow.org/trisha-brown-dance-company/set-and-reset/