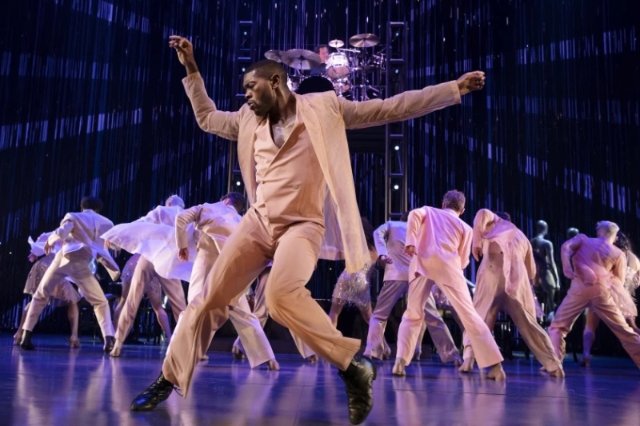 There are stars just waiting to explode into supernovas when Bob Fosse’s Dancin' opens in New York during the 2022-2023 season, as director and musical stager Wayne Cilento (who won the Tony Award for his star turn in the original production) brings his revived and re-imagined production back to New York.

Bob Fosse was the ultimate "Dancin' Man" who left a brilliant legacy of stage musicals and films featuring edgy, slithering, sexy choreography. Some of his signature moves are now part of the common lexicon; does anyone not know what "jazz hands" are?

Always controversial, wildly entertaining and an envelope-pusher par excellence, Fosse is a Broadway legend with a devoted following of hard core theatre aficionados.

Even if you have never seen a Fosse show (and you probably have if you ever saw "Pajama Game," "Damn Yankees," "Sweet Charity," or "Chicago"), you will have your mind blown by the amazing talented cast of young dancers, singers, and actors gracing the stage at San Diego's renowned Old Globe Theatre.

A witty Prologue at the top of the show (deftly delivered by Manuel Herrera) explains that this show has no plot, no boy-meets-girl, boy-loses-girl stories. It's just pure dancing as an expression of all the conditions of life through movement. And the cast delivers with thrilling highs and lows.

The opening number set to Neil Diamond's "Crunchy Granola Suite" explodes with sound, color and movement that brought vociferous cheers from the audience.

There are so many fantastic performers in this show and hats off to the production for including dancers of every shape, size and appearance who strut their stuff with joy.

From the panther-like dances of 6'5" tall Jovan Dansberry, to the lissome ballet moves of Ida Saki, the taut sexuality of Kolton Krouse to the luscious curves of Karli Dinardo, the petite spitfire that is Yani Marin and the soul-shaking singing of Khori Michelle Petinaud, every member of this cast is superb.

The true heroes of this production must include the dressers who have nano-seconds to assist dancers change costumes in about 60 seconds for over a dozen scenes. Costumer Designers Harriet Jung and Reid Bartelme have assembled pieces that shimmer, shake, cling, float and enhance each performer.

Some of the original numbers in the 1978 production seemed dated and not as relevant to today's audiences, so Cilento (with the blessing of Nicole Fosse and input from frequent Fosse collaborator Kirsten Childs) decided to present what he thought Fosse would be doing if he were around today. It appears he has admirably succeeded.

There are many people behind the scenes bringing a level of excellence to this production. The amazing orchestra, under the direction of conductor and keyboardist Darryl Archibald, hits every note to perfection. The driving drumming of Gary Seligson pushes the glorious "Sing Sing Sing" to new heights and the jazz licks of musicians Greg Armstrong, Robert Elinson, Steve Dillard, Andrew Elstob, Devin Burnworth, Erica Erenyi, Nikko Nobleza, Vince Cooper, Mark Vanderpoel and Tim McMahon are the solid foundation on which this show rests.

This week the Globe announced that, due to an unprecedented surge in sales, the show has been extended to June 5.