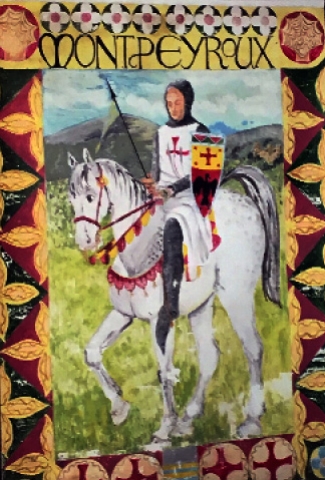 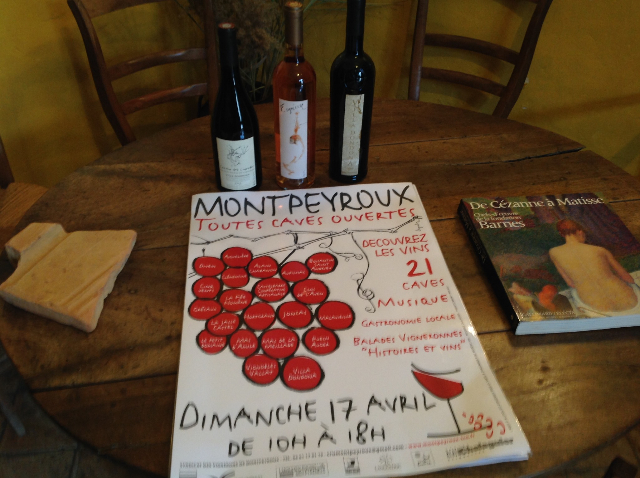 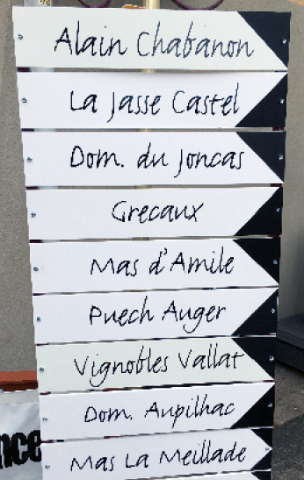 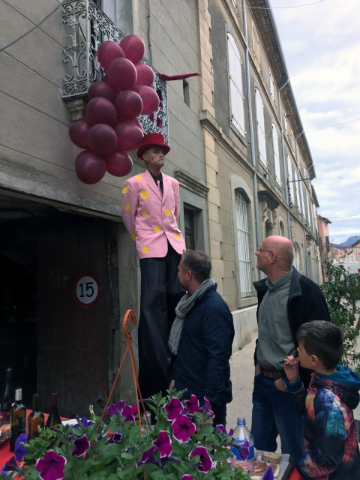 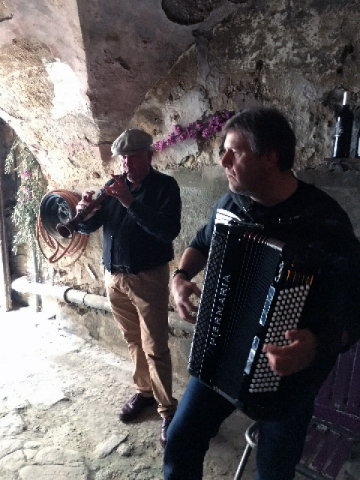 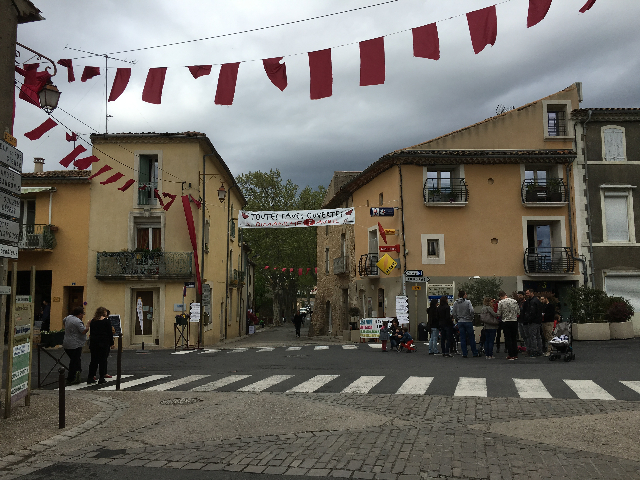 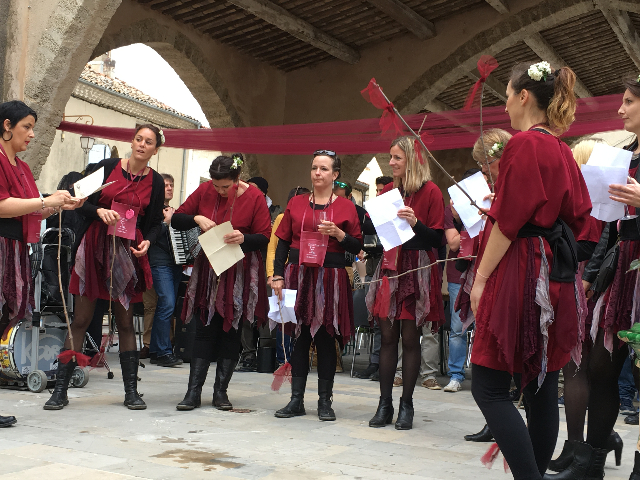 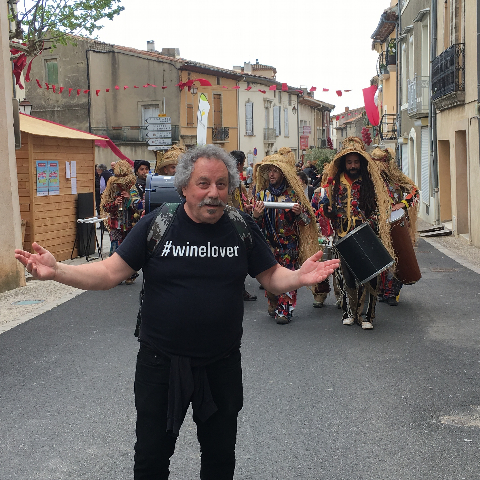 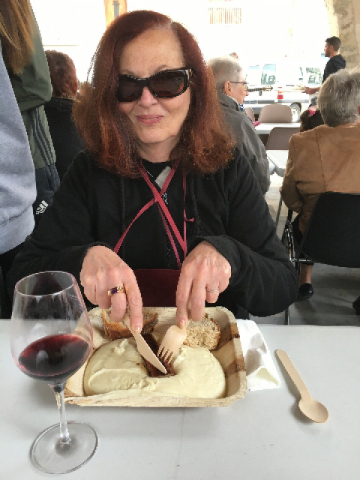 A wine journey to Languedoc in  southern France wouldn't be complete without a visit to Montpeyroux.

The town of 1,300 is a true maze of streets, all leading indirectly to the 13th century fortress tower in the center of town. Each year, on the third Sunday in April, Montpeyroux hosts a wine festival. Over twenty producers highlight their wines in caves, on the street and in their production facilities.

At the 'Toutes Caves Ouvertes' event wines tried and enjoyed are sold. The event was launched in 1999 by the  Montpeyroux wine producers. It is a way of showing off their wine producing facilities,  wines and the picturesque village of Montpeyroux.

Entrance to the event is 7 euros ($8) for a tasting glass that entitles the holder to unlimited samples from the over one-hundred bottles poured.

Most of the wines , some 80%, are red and feature the typical Languendoc range of grapes: Grenache, Syrah, Mouvedre, Cinsaut and Carignan. Unlike the rest of Languedoc, this area is much cooler and the wines take on more serious, full-bodied flavors. With summer storms and heavy annual rainfall, the underground water table is sufficient to provide water to the vines, even during droughts.

Montpeyroux is located 25 miles northwest of Montpellier. The vineyards are anywhere from 450 to 1500 feet in altitude. Montpeyroux is nestled in the foothills of the Larzac, with views of Mount Baudille. The area is windy much of the time, while supporting a Mediterranean climate.

The soil in Montpeyroux is considered special, as limestone and clay dominate. There are traces of lava stones, ice age arid soils and hard blue marl. The uniqueness of the soil profile makes the AOC Montpeyroux Languedoc wines intriguing.

The rules for blending of the grapes are simple. Three varieties or more can be blended at a time, with one principal variety representing no less than 40% of the blend and not exceeding 70%.

The whites (20% of production) are more acidic then their Languendoc counterparts. The focus is acidity, using the grapes of the appellation, Vermentino, known locally as Rolle, Marsanne, Roussanne, Grenache Blanc, PicpoulBlanc, Clairette and Bourboulenc.

The 'Toutes Caves Ouvertes' wine festival was a daylong event (10am-6pm) which included music, jugglers on stilts and inductions into Montpeyroux 'secret society' for the day. The day was home to an outdoor community meal that highlighted the dish, 'Aligot', made from potatoes, garlic, butter and mountain cheese. The elastic substance was topped with a local grilled sausage.

For more information on Montpeyroux and the festival, visit: www.montpeyroux-tco.fr