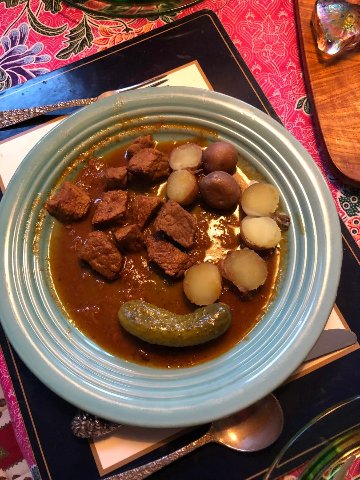 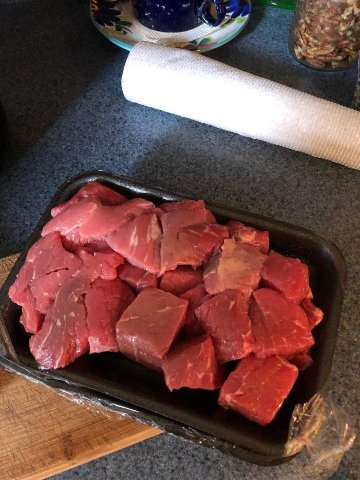 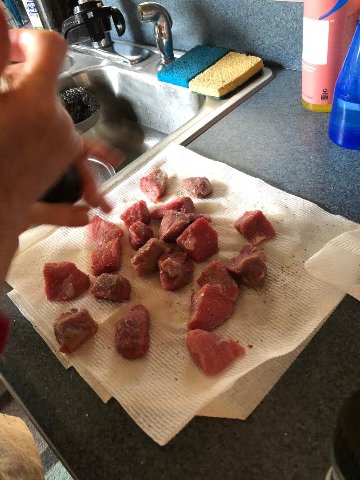 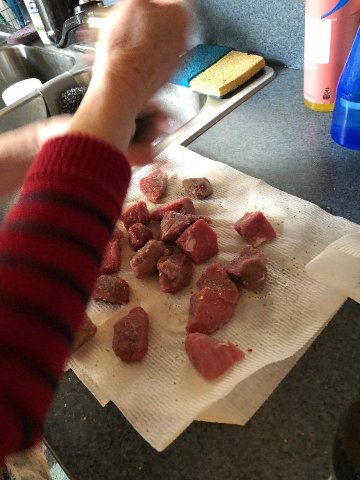 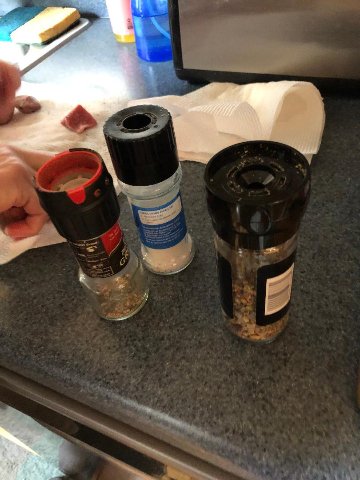 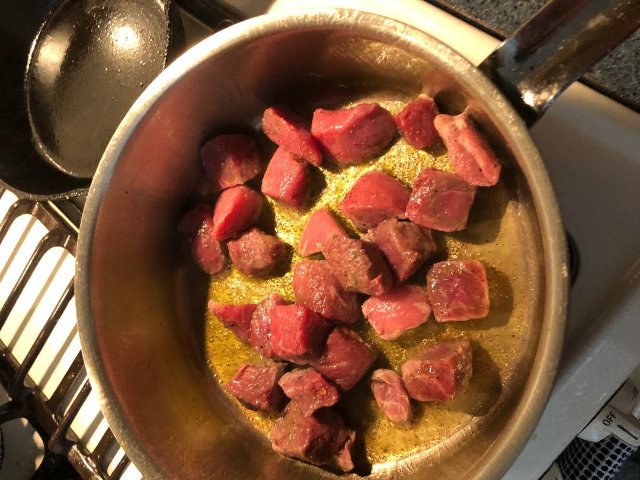 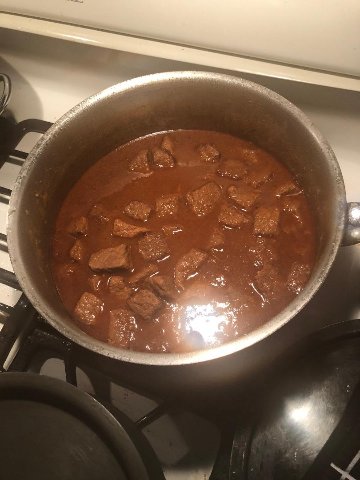 Add boiling water to pot. A broth is not necessary. The dish will turn out delicious! 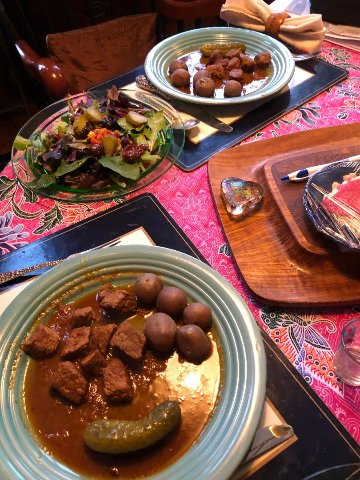 One plate: Russet potatoes would be best! 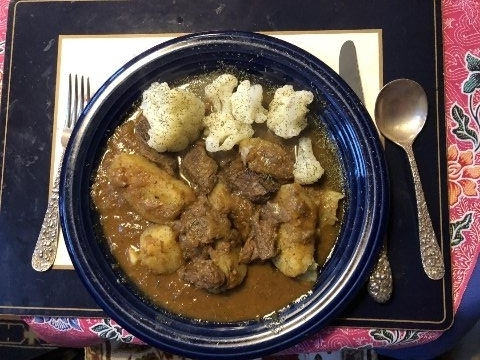 A second dinner with cauliflower. 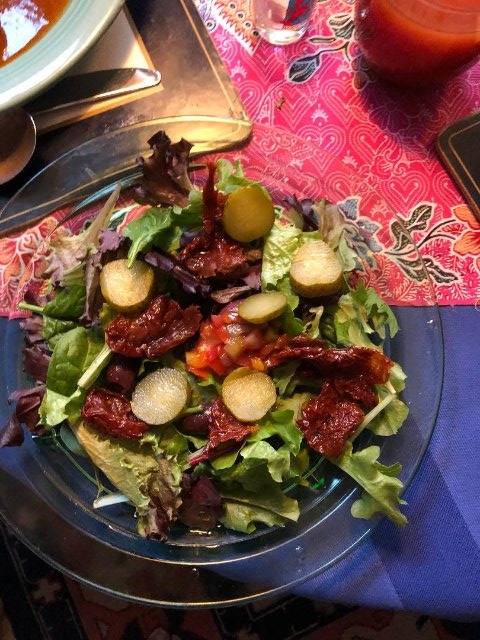 Of course, a very fine salad!

'How about Hungarian Goulash?'  - he asked. 'Yes, a very good idea!' - I said.  Hungarian Goulash is a German national dish and, of course, in Eastern European countries as well. I grew up eating Ungarisches Gulasch with boiled potatoes and green beans, perhaps, or another vegetable and a side salad.

Recipe: And so I browned two lbs. of stew meat, beef,  - half pork would also be fine, or only pork, or.. - your choice.

First step: Washed meat, then dried, salted, and generously peppered it went into the hot roasting pot that contained hot olive oil. The first layer browned, then I turned the meat and added cut onions, sliced.  (Pound for pound meat to onions would be great! I only had two large onions - well, good enough.) The meat released liquid, I kept browning meat and onions and added smoked paprika. Add as much as you like – or just regular paprika. (When did smoked paprika come on the market? There was none in Germany when I grew up.) A dash of soy sauce, any kind your choose, but just enough to add spice, not to have a soy taste later. I browned the meat until the liquid had disappeared, probably on medium-high, constantly turning it. The paprika now adhered to the meat and the bottom of the pot.

Next step: pour boiling water over it, enough to cover the meat by 1”- 2” and let it simmer down. I did that two times. The cubed Angus beef was soft after an hour. Just by chance Charles had bought this beef, specially priced, of course; regular stew meat would be fine as well. It would probably take ½ to one hour longer. Let the liquid cook down, so that still ample sauce has naturally thickened, because the onions had disintegrated. If you have to add thickener to the sauce, using flour or arrow root, it will take away from the now yummy taste.

My friend, Dorothea Fleiss, a Romanian-German, only uses cumin instead of paprika! We had an extra pound of meat and I used half paprika and half cumin. We liked the slightly different taste and enjoyed that dish on another day.

Lots of delicious sauce with one pound of beef went into the freezer. Usually, I like great tasting sauces more than meat and I mash potatoes with sauce. Charles does not.

Ingredients: cubed beef or pork – oil in pot - lots of onions, sliced or cut in pieces - paprika or smoked paprika (or cumin) – salt and pepper to taste – a big dash of soy sauce – boiling water – check while boiling down the water - stop above the level of meat. Taste meat and sauce and make sure that it has thickened naturally and meat is soft.