Victoria Bond at the Cutting Edge 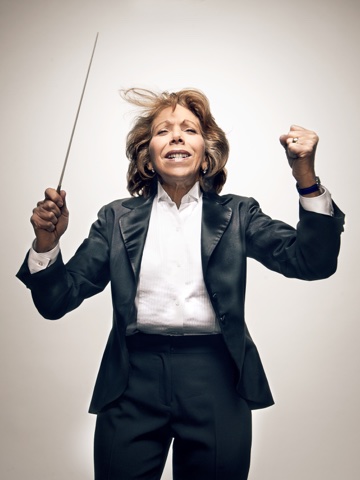 Victoria Bond was born to be a musician.  Her grandfather was a composer and conductor.  Her father was an operatic bass, and her mother, a concert pianist.  She found the piano herself. When her kindergarten teacher scolded her mother for pushing Bond too hard, her mother explained that she was trying to hold her back, but could not.

Bond has never stopped.  She has explored various instruments, including her own voice.  Conducting seemed natural to her.  Yet she was also compelled to compose.  The brutal schedule demanded of conductors was not suited dual career paths. She chose composing and now starts each day transferring what she has heard in dreams and errant thoughts of the night before into notes.  She dreams not only in visual images but in tones.

Her chamber music is enticing.  Dreams of Flying has a movement entitled ‘The Caged Bird Dream of the Jungle” which is accompanied by photographs which enhance and extend our experience. They give a sense of wide spread wings in flight and the string instruments suggest it in notes.

Bond soldiers on with joy, sharing her music, thoughts and stories in multiple forms.

Her work, even when it is commissioned, is usually driven by wishes and the ideas cooked up over time.

She considers herself first and foremost an opera composer.  In this, the year of women Presidential candidates, and with the selection of a women Vice President on the democratic ticket, her work, Mrs. President, seems prescient. Her mother had found a plaque dedicated to Victoria Woodhull in a San Francisco hotel and suggested the topic to her daughter.

Clara Schumann is another natural topic.  A woman composer whose career was subordinated to her husband’s. Clara’s story has all the drama built-in to professional women’s careers.  There the choice between performance and composition. There is the integration of home, hearth and concert stage. And for women, there is the long time prejudice against women in any public endeavor.

When Bond’s mother made her debut in Town Hall, the New York Times critic wrote:  "She plays the piano as one might expect a woman to do: with grace, gentleness and sustained lyricism. Miss Courtland is slight of figure and she does not look as if she could muster the strength to be a stormy virtuoso.”  Would anyone have dared write this of a man?

Bond often gives lectures accompanying concerts at prime venues.  Recently her talks on Wagner’s Ring Cycle were sold out at the Metropolitan Opera Guild. Her take on music is consistent. It is a matter of listening.  For novitiates and connoiseurs alike she directs to themes that represent characters.  She signals changes in the themes to reflect the changing situation of the characters.  This is designed to add pleasure to the experience of Walkere.

Bond holds a new music Festival at Symphony Space in New York every year.  Last November, she premiered Clara at the festival. It had its world premiere in Baden-Baden, Germany the spring before.  Operas about composers have the advantage of deep musical reference, which Bond takes into account. Jonathan Estabrooks as Schumann is given a role as beautiful as his composed melodies, and sings his heart out as he courts Clara and stiffens her spine to withstand her father.  The trio's music suggested the feminine in the chimes of the piano's upper register.  Rushing scales and arpeggios give us the sense of the rigorous demands of practicing for a concert career.  The strings offer continuity in their repetitive phrases and passages. The opera gives us a peek into the inner lives of three important musical artists.  The conflicted feelings that arise in women who try to manage career and family are all too clear.  Yet this is a lovely work, enticing and engaging.

In August of 2019, Dell’ Arte Opera presented Mrs. President.  Its subject is very much of the moment. Victoria Woodhull proposed running for President in 1870. Anna Woiwood took on this role with fervor, wiliness and duplicity. She was a heroine to be sure, but one as complicated as any of the women running for the office today. Bond does not shirk from the challenge of presenting this huge and complicated character. Her lines are woven between firm assertions and tempting and tangled suggestions that she has a knife to wield. Bond writes music that sits particularly well in the voice.

An introductory chorus of nine, including one man, is sitting around candles, waiting for Woodhull to lead a séance. Between calling forth the names of dead husbands and fathers and asking for their help, they ask Woodhull to join and lead them. This will be Woodhull’s last group séance. She is going on to advocate free love and power for women. The choral composition is suggestive on many levels Bond decorates phrases with lovely chimes on the piano. She captures the urgent need for these women to make contact with the beyond. Weaving spoken and sung words, Bond's rhythms capture both language and emotion. It feels like a coffee clutch in candlelight. This work is a remarkable feat of composition, womanly or otherwise.

Gulliver’s Travels has been an obsession of Bond’s for a long while. In February of 2019, she performed selections at a Cutting Edge concert.  She both takes off from the iconic tale and follows Lemuel Gulliver.  He is bored by the mannerliness of his wife and family and launches himself on a series of voyages. He visits Lilliput where he is a giant, and the Brobdingnag are miniatures among giants.  The humor of his condition is made much of musically and dramatically.  On he goes to a floating island and the land of the Houyhnhnms.

Doug Fitch directed.  His touch is seen in the addition of implements for dining and a tiny box in which the midget Gulliver resides.  Fitch is a magician of the concert opera.  Designed for adults of all ages, Gulliver ends up at home, because there is no place like home.  Speech alternates with recitative and arias to charm.  This work in progress delights.

In 2012, again at Cutting Edge, Bond’s  delightful chamber work, Coqui, was performed.  Bond had listened as the male frogs,  named coqui after the sound of their mating calls, sang all night in Puerto Rico.  She then created a counterpoint of coqui pitches.  Mixing and matching mating calls were beguiling as performed by the instrumentalists of the Great Noise Ensemble.

Bond welcomes this new world in which music finds itself.  Ladies who lunch are now ladies who compose, conduct as well as sing.  They are welcome in grand opera and small venues alike.  The new world is welcoming.  Pulitizers and MacArthur’s go to Claire Chase, Ellen Reid, Julia Wolfe and Caroline Shaw.  The road they traverse has been paved by Bond, a pioneer.